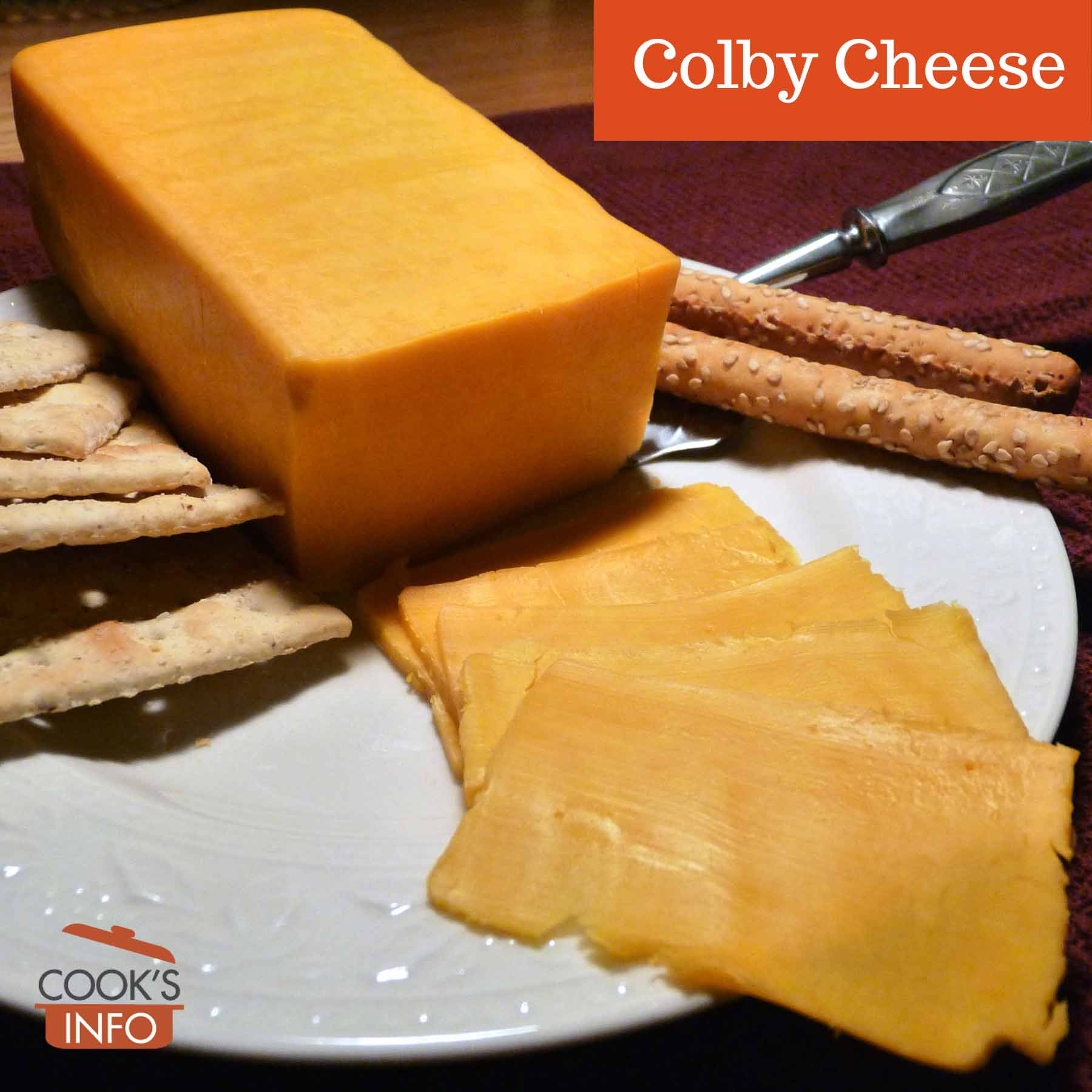 Colby cheese is somewhat like a cheddar, but with a milder taste, and a more elastic, moister texture.

To make Colby, cow’s milk is pasteurized and a bacteria starter culture is mixed in. The milk is heated, with food colouring being added when the milk reaches 30 to 31 C (86 to 88 F). Rennet is then added to curdle the milk. The curds are cut, and stirred while the temperature is being raised to 39 C (102 F). Both the stirring and the heat encourage the whey to run off. The curd is continually cut and stirred while the whey drains off, which is different from cheddar.

The curds are then washed with cold water to stop them from clumping as they would with cheddar. They are then salted, packed into 18 to 27 kg (40 or 60 pound) hoops, and pressed.

5.8 kg (13 pound) cylinders of the cheese are also made, which are called “longhorns.”

Joseph F. Steinwand’s parents, Ambrose and Susan, had moved to Colby township in Clark County, Wisconsin, in 1875 and built a cheese factory there in 1882. Joseph was 16 at the time; he helped out in the factory from the start. His father sent him to a cheesemaking course in Madison, Wisconsin and Joseph came back with a few ideas he wanted to try. He made some minor changes to the cheddar process, and invented Colby cheese in 1885 at the age of 19.

“At his father’s cheese factory about one mile south and one mile west of here, Joseph F. Steinwand in 1885 developed a new and unique type of cheese. He named it for the township in which his father, Ambrose Steinwand Sr., had built northern Clark County’s first cheese factory three years before.” — Historical marker, Colby

Every year, the town of Colby holds Colby Cheese Days on the third Friday, Saturday, and Sunday of July.

Some versions of the story mistakenly place the cheese’s invention in 1874, a year before his parents even had a cheese factory, and a year in which Joseph was 8 years old. Other versions incorrectly state that the cheese was invented by “mistake”; it was not, it was a deliberate experiment by Joseph with new ideas brought back from his cheesemaking courses.

This web site generates income from affiliated links and ads at no cost to you to fund continued research · Information on this site is Copyright © 2022· Feel free to cite correctly, but copying whole pages for your website is content theft and will be DCMA'd.
Tagged With: American Cheeses, American Food, Washed-Curd Cheeses