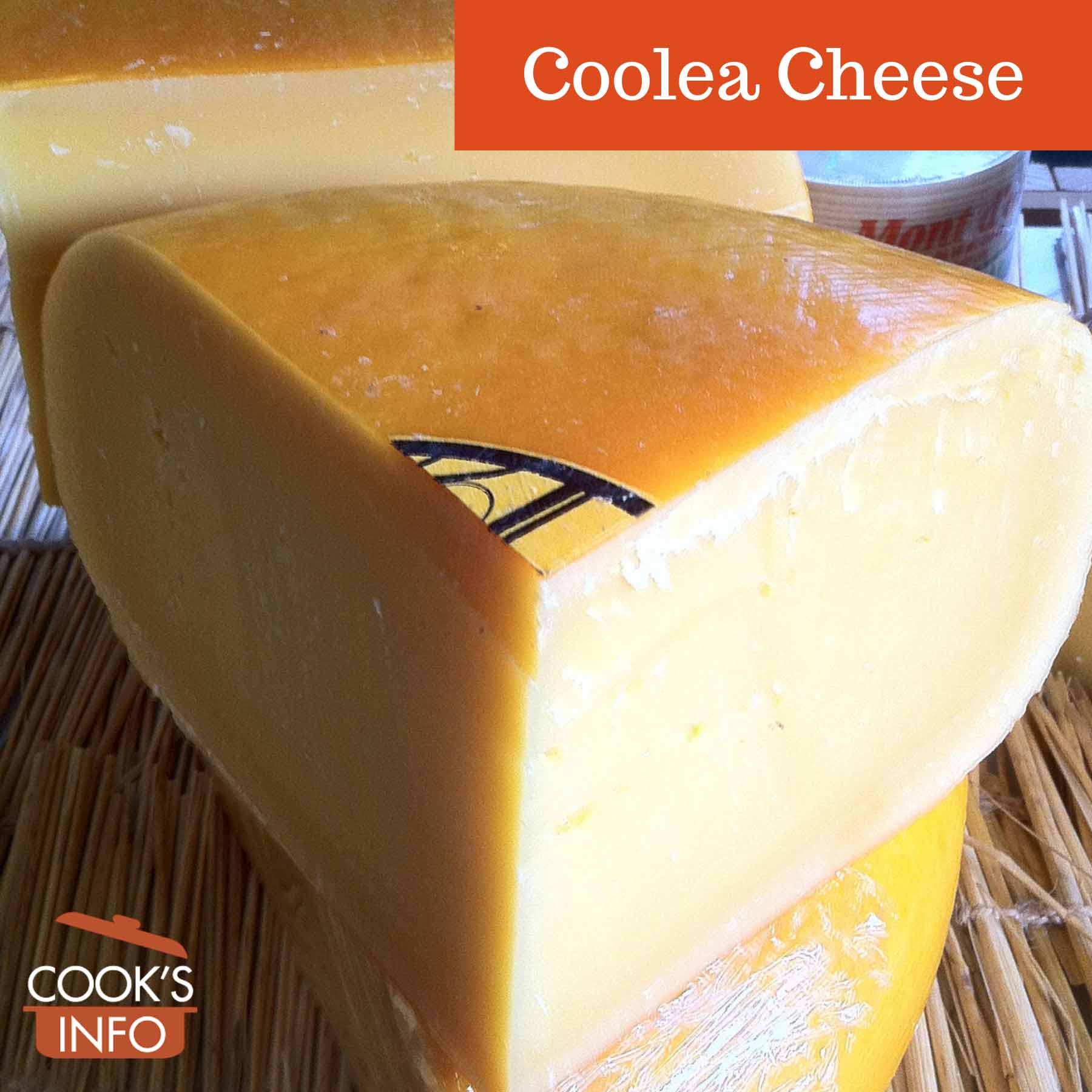 Coolea is an Irish Gouda-style cheese made in Coolea, County Cork, near the Kerry border.

It is made from cow’s milk that they procure from their neighbours’ Holstein and Freisian cows.

To make Coolea, the milk is heated, then starter culture added, along with animal rennet. After 30 minutes, the curd is cut and drained, then washed and heated. It is then put into moulds and pressed 6 hours.

The cheese is aged at least 2 months. If it is aged a long time, about 18 months, it can develop an almost toffee-like flavour.

Coolea cheese was created by Helen Willems from Holland, using milk from the herd of her husband, Dick. The couple moved to Ireland from Holland in the late 1970s, and started making the cheese in 1979. In 1987, they built expanded facilities to meet increased demand.

Their son Dick took over in 1993, with his wife Sinead.

In 2000, the cheese was the Supreme Champion at the British cheese awards.

This web site generates income from affiliated links and ads at no cost to you to fund continued research · Information on this site is Copyright © 2022· Feel free to cite correctly, but copying whole pages for your website is content theft and will be DCMA'd.
Tagged With: Cooked-curd Cheeses, Irish Cheeses, Irish Food