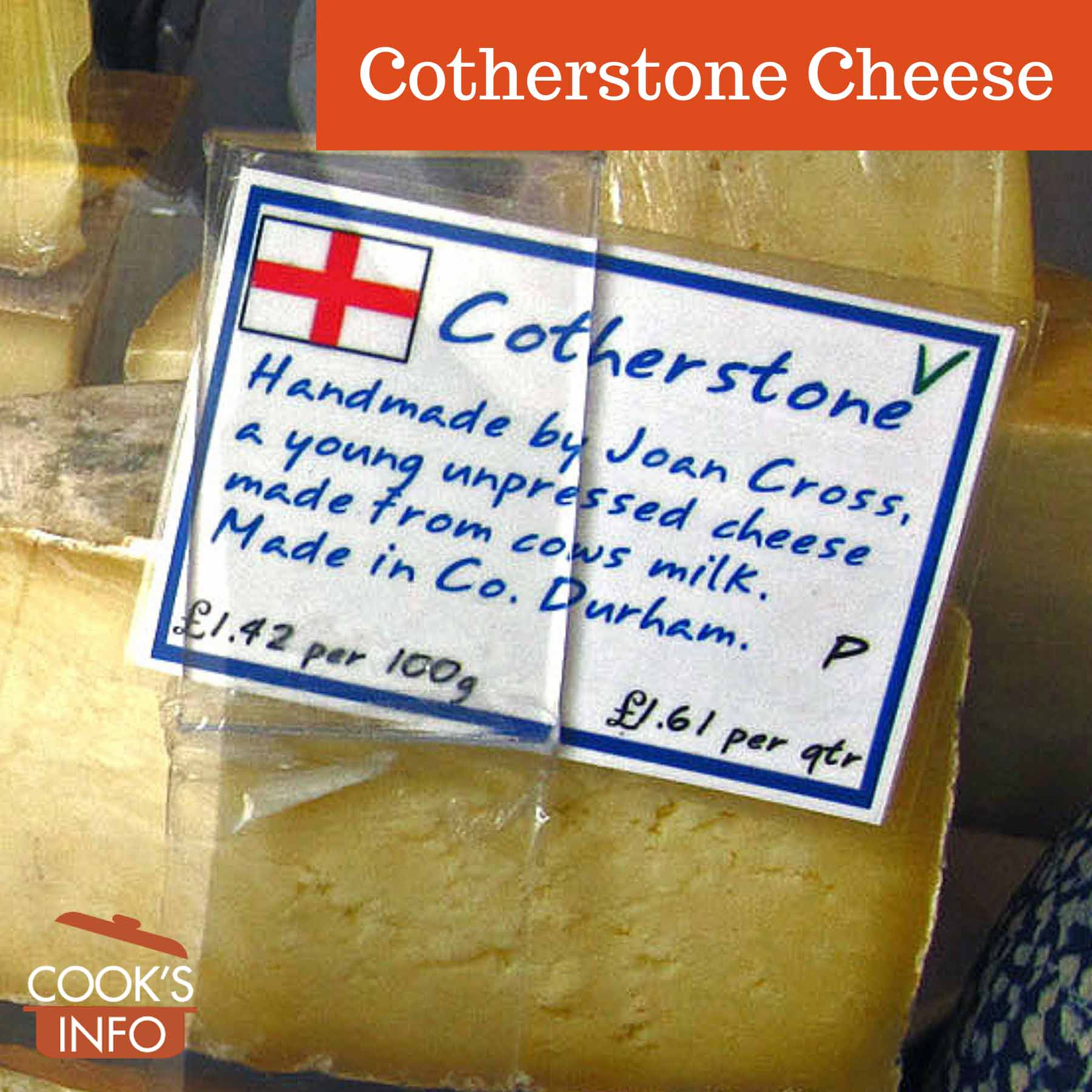 Cotherstone cheese is a semi-hard cheese with a sharp, slightly tangy taste. It is made in Cotherstone, Yorkshire, England.

It has a crust like Camembert, but is covered with yellow wax. Inside, the cheese has an “open” texture, like Wensleydale.

Cotherstone cheese needs to mature for at least 1 to 3 months. As it ages, the crust turns from gold to pink.

Cotherstone cheese is surmised to be a variation of Wensleydale cheese, possibly made as far back as the 1600s; the wax coating meant that it could be stored for up to a year.

Cotherstone is a village in County Durham that in the Domesday Book was referred to as Cudrestone.

The Cotherstone name was only applied to the cheese at the beginning of the 1900s. A woman named Mrs Birkett, who made the cheese up until 1940, helped to promote it as a cheese separate from Wensleydale.

Production ceased during the Second World War and didn’t begin again until towards the end of the 1900s.

“Them’s all Roman Catholics there,” said the driver, as we left it behind; and by-and-by, when we came to Cotherstone — Cuthbert’s Town — “Here ’tis nothin’ but cheese and Quakers.” — White, Walter. A Month in Yorkshire. London: Chapman and Hall. 1858. Page 169.

This web site generates income from affiliated links and ads at no cost to you to fund continued research · Information on this site is Copyright © 2022· Feel free to cite correctly, but copying whole pages for your website is content theft and will be DCMA'd.
Tagged With: British Cheeses, British Food, English Food, Yorkshire Food