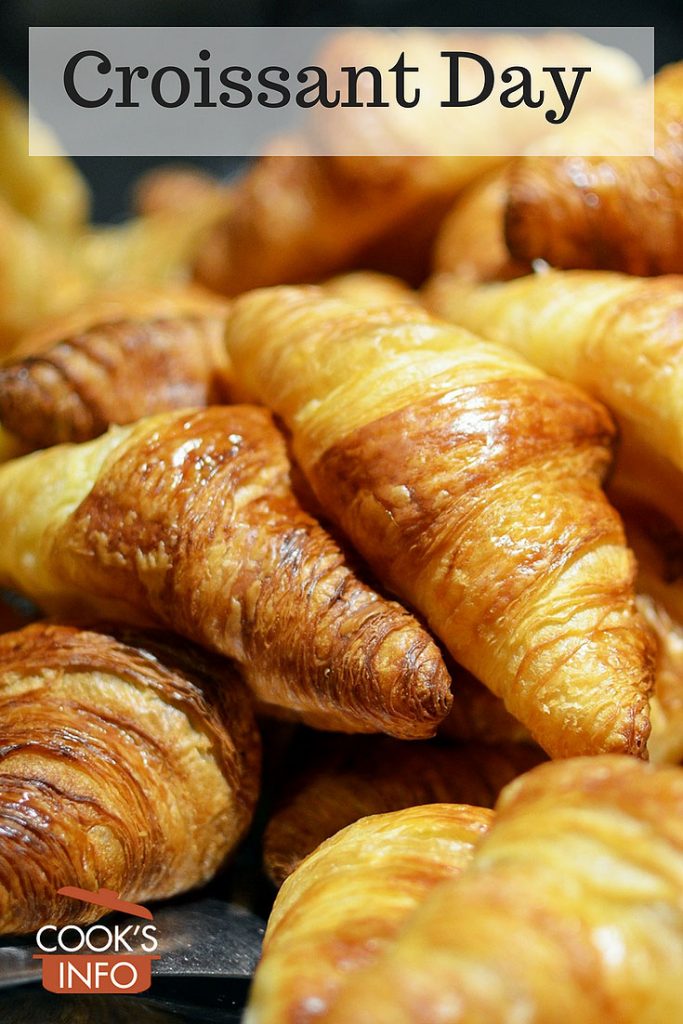 The 30th of January is Croissant Day. Mind you, there are some people so devoted to croissants that every day is croissant day.

Ways that you can celebrate the day today are:

There are many myths surrounding croissants, quoted by marketers and food writers whose deadlines seemingly don’t allow them time for fact-checking. In fact, one of the myths — about croissants being created in the 1600s to celebrate a battle against Ottoman forces trying to capture Vienna — was invented in the 1930s. Another myth associates them with Marie Antoinette, but if the poor woman had invented everything attributed to her, the people might have canonized her instead of offing her head.

But never fear, CooksInfo has the real skinny on croissants, and today’s a good day to roll up your sleeves and bite into the truth. While you are it, you can learn why it’s only overachieving North American home cooks on steroids that even attempt to make croissants (no one in Paris would dream of procuring them any other way than at a bakery.)

Click through here to get the skinny on  croissants.

Note: a small splinter group of croissant fans attempts to jump the gun and celebrate the day early, on 20th January. 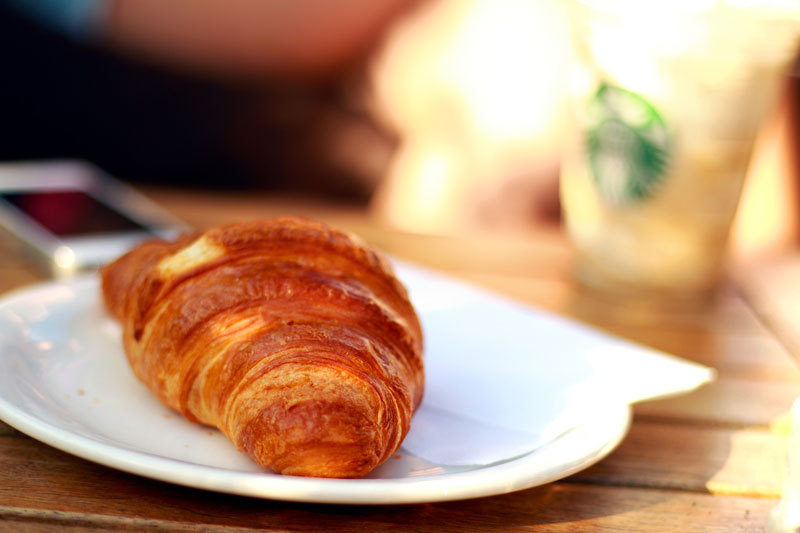 This web site generates income from affiliated links and ads at no cost to you to fund continued research · Information on this site is Copyright © 2023· Feel free to cite correctly, but copying whole pages for your website is content theft and will be DCMA'd.
Tagged With: Breakfast, French Food