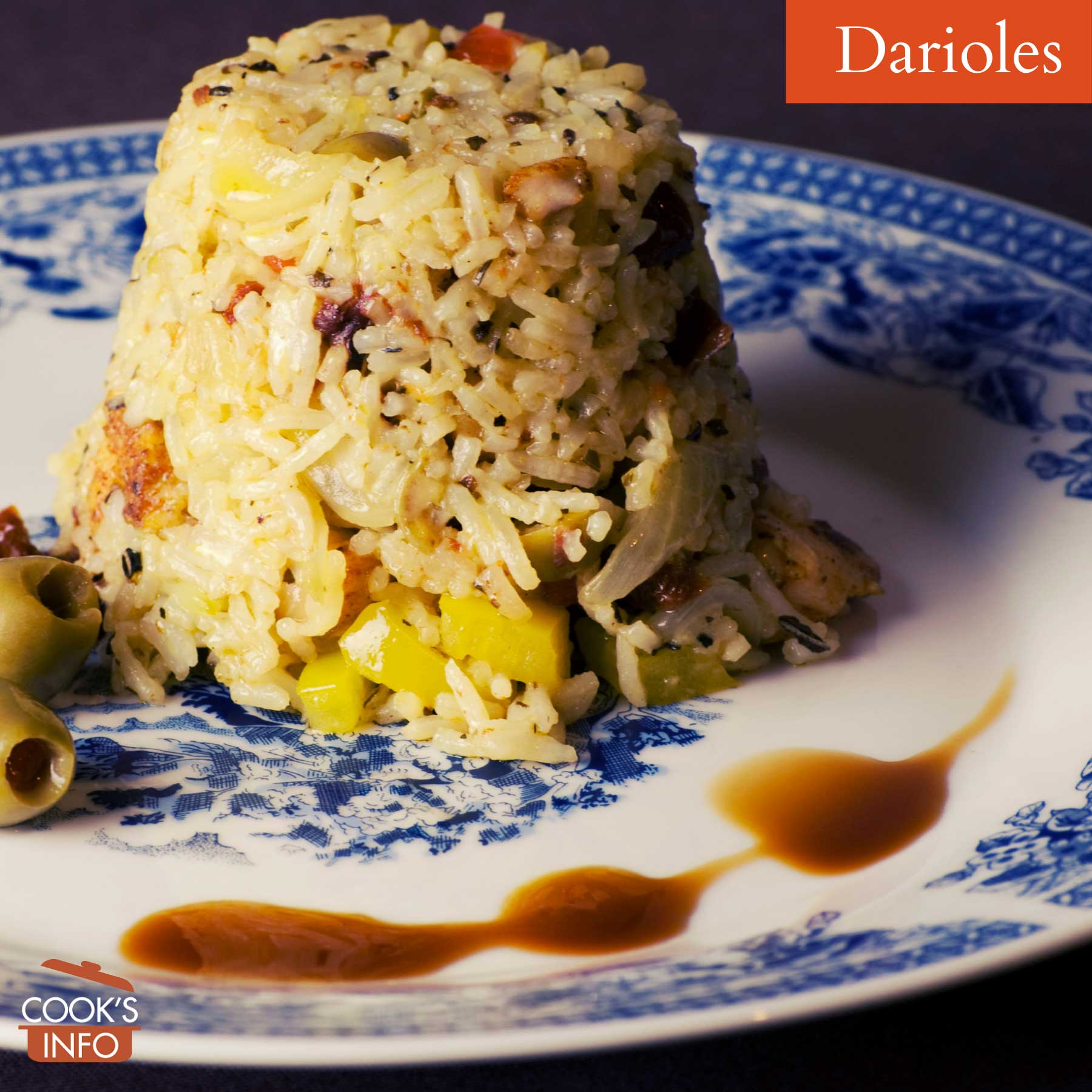 Darioles are small moulded food items made with dariole moulds. They can be savoury or sweet, and depending on what they are made of, can be described in several ways.

A classic sweet dariole is made by lining dariole moulds with puff pastry, filling them with almond pastry cream (aka crème frangipane) into which a bit of a liqueur and some almonds have been mixed, then baking, inverting out of mould and sprinkling with sugar to serve.

Savoury ones are often vegetable custards, or moulded portions of mashed potatoes, as in a “Dariole de pommes de terre aux légumes” (dariole of potatoes with vegetables.)

Originally there were no moulds, just cup-shaped shells made out of pastry.

Darioles with a cream filling were being made back as far as the 1300s in Paris.

“Dariole” comes from an old French word “doriole”, which in terms comes from “dorer”, to cover something in gold, perhaps [speculation here] in reference to the golden colour that the outsides of the pastry, and the custard baked inside, might take.