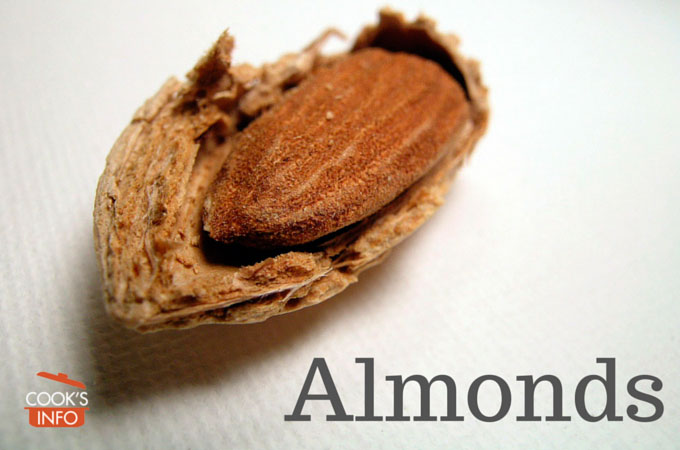 Almonds are members of the peach family. The tree blossoms in the spring before it grows leaves.There are two kinds of Almonds, sweet and bitter. An Almond, technically, isn’t a nut — it’s the pit of a fruit related to peaches, plums and apricots. The Almond fruit is small, green and has soft, velvety fuzz on it; the fruit isn’t any good for eating, as it is tough and fibrous.Sweet Almonds are usually blanched before use as the outer brown skin can in some people irritate their digestive tube. Some ground Almond packages sold may contain ground peach kernels to lessen the cost to the producer. Sweet Almonds are used both in meals and in desserts. If a recipe calls for Almonds, chances are it means Sweet Almonds.

Bitter Almonds are extremely poisonous when raw and untreated; it is illegal to sell them in their natural state in North America, though their sale remains legal in the European Union. Only the oil and extract is sold. Their oil is mixed with hydrous ferrous sulfate, which reacts with the prussic acid in the Bitter Almonds and causes it to form calcium ferrocyanide crystals, which can be filtered out of the oil, making it safe.

Blanched Almonds have the brown skins removed from the nuts. The Almonds are scalded in boiling water, plunged into cold water, then put through rollers that rub the skin off. The nuts are then dried and packaged. Blanched Almonds cost more than unblanched because of the extra processing required, but not much more, and it’s almost always worth paying the extra to save yourself the fiddling at home. 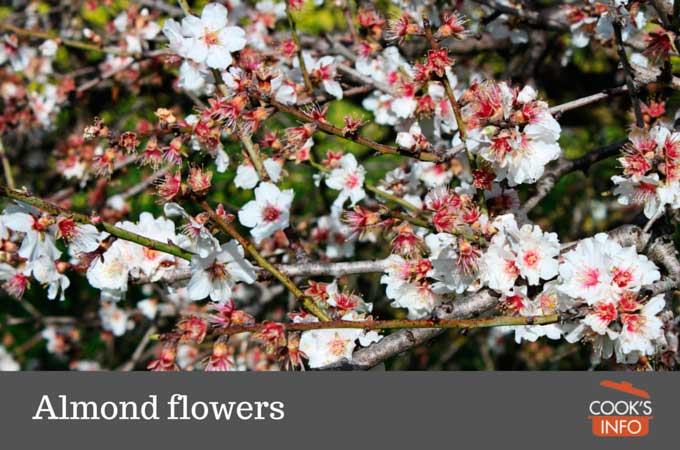 If you are buying unshelled almonds, ones that rattle a lot inside the shell have shrunk from aging, so you don’t want those.

Even if you have access to almond trees, it’s not recommended to pick your own unless you truly know that they are sweet almond trees and not ones that produce the bitter, poisonous almonds. California now provides 60% of the world’s almond production. In China, apricot kernels are often used instead of almonds.

If your whole Almonds came with the skin on, or if you had to shell them, to remove the skin pour boiling water over them and let them soak for two minutes. Then drain, and rub the skin off. These are called Blanched Almonds.

To toast Almonds, spread them out on a baking sheet and then place on middle rack of oven preheated to 175 C / 350 F. You can toast slivers, halved or whole Almonds. If toasting sliced or slivered Almonds, watch them very closely as they can burn quite quickly. Toast about 5 minutes, then take out, toss, and return to oven until they are just turning a golden brown, about 15 minutes total, tops. Play close attention to them after about 12 minutes, as they can go from golden to burnt in a flash. Remove from oven, turn out onto a plate and let cool. 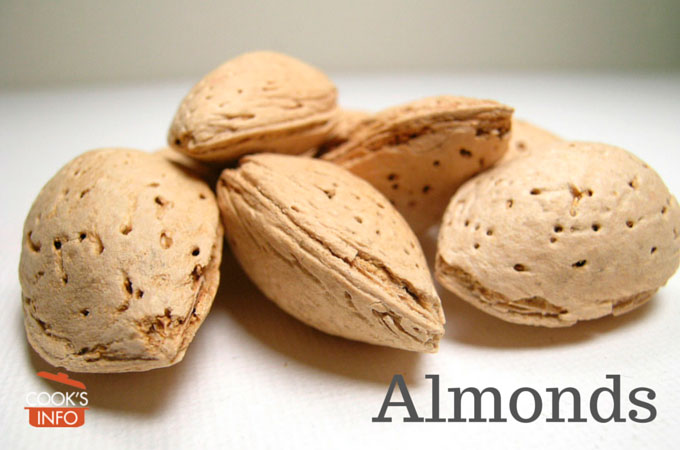 Other nuts or seeds.

Almonds contain as much calcium as milk.

Bitter Almonds, when mixed with water, let off cyanide gas. For this reason, it is illegal to sell them as is in many parts of the world; you are restricted to selling only a treated extract from them.

Packaged Almonds can be stored at room temperature for up to two years; even longer if refrigerated right from the start. Once opened, refrigerate in a sealed container for up to 3 months. If your Almonds turn yellowish, taste one: they may be getting quite old and rancid, in which case offer them to your neighbourhood birds or squirrels. Toasted Almonds can be frozen for up to 6 months.

The Almond tree is a native of western Asia and North Africa. Almonds were grown in ancient Egypt, and in Israel: they are mentioned in the Old Testament. The Greeks and Romans both grew Almonds and made oil from them. A Greek myth has the gods changing a disconsolate woman (Phyllis) into an Almond tree (probably the bitter kind). The Romans introduced the Almond tree into England during their settlement there.

The Romans and Greeks believed that bitter almonds helped prevent you from becoming drunk, and this belief carried through the middle ages. This theory (noted by the writer Plutarch) may have led to the now out-of-fashion practice of serving salted Almonds with dinner.

Almonds have been found at Pompeii and under the Knossos palace in Crete.

During the Middle Ages, almonds were an important trade comodity — Almond Milk was used in a great deal of cooking. It wasn’t until about 1562 that people in England began deliberately growing almond trees, largely as garden plants for their blossoms. Yet almonds were widely known.

At the time of Shakespeare, the phrase “an almond for a parrot” meant the height of temptation, perhaps dangerous temptation, as they must have noted that bitter almonds were not good for birdies.

Almond trees were brought to Spain and Portugal by the Moors; Spanish monks brought Almond trees to California. 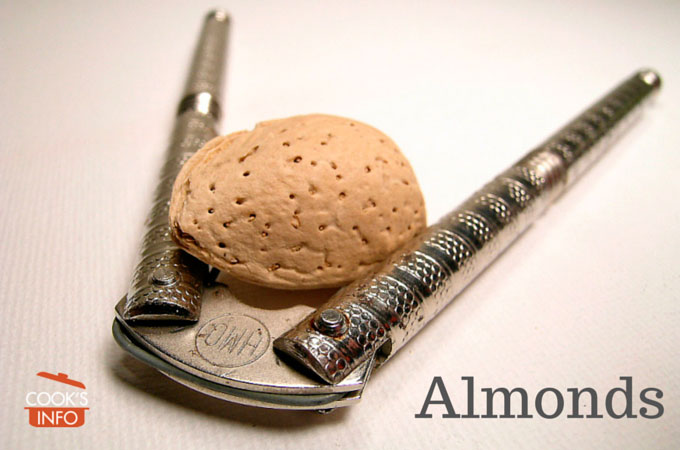 And it came to pass, that on the morrow Moses went into the tabernacle of witness; and, behold, the rod of Aaron for the house of Levi was budded, and brought forth buds, and bloomed blossoms, and yielded Almonds. Numbers 17:8

Would I could meet that rogue Diomed! I would croak like a raven; I would bode, I would bode. Patroclus will give me any thing for the intelligence of this whore: the parrot will not do more for an almond than he for a commodious drab. Thersites. Troilus and Cressida, V, 2. Shakespeare.

This web site generates income from affiliated links and ads at no cost to you to fund continued research · Information on this site is Copyright © 2022· Feel free to cite correctly, but copying whole pages for your website is content theft and will be DCMA'd.
Tagged With: Ancient Egypt, Ancient Greece, Drupes