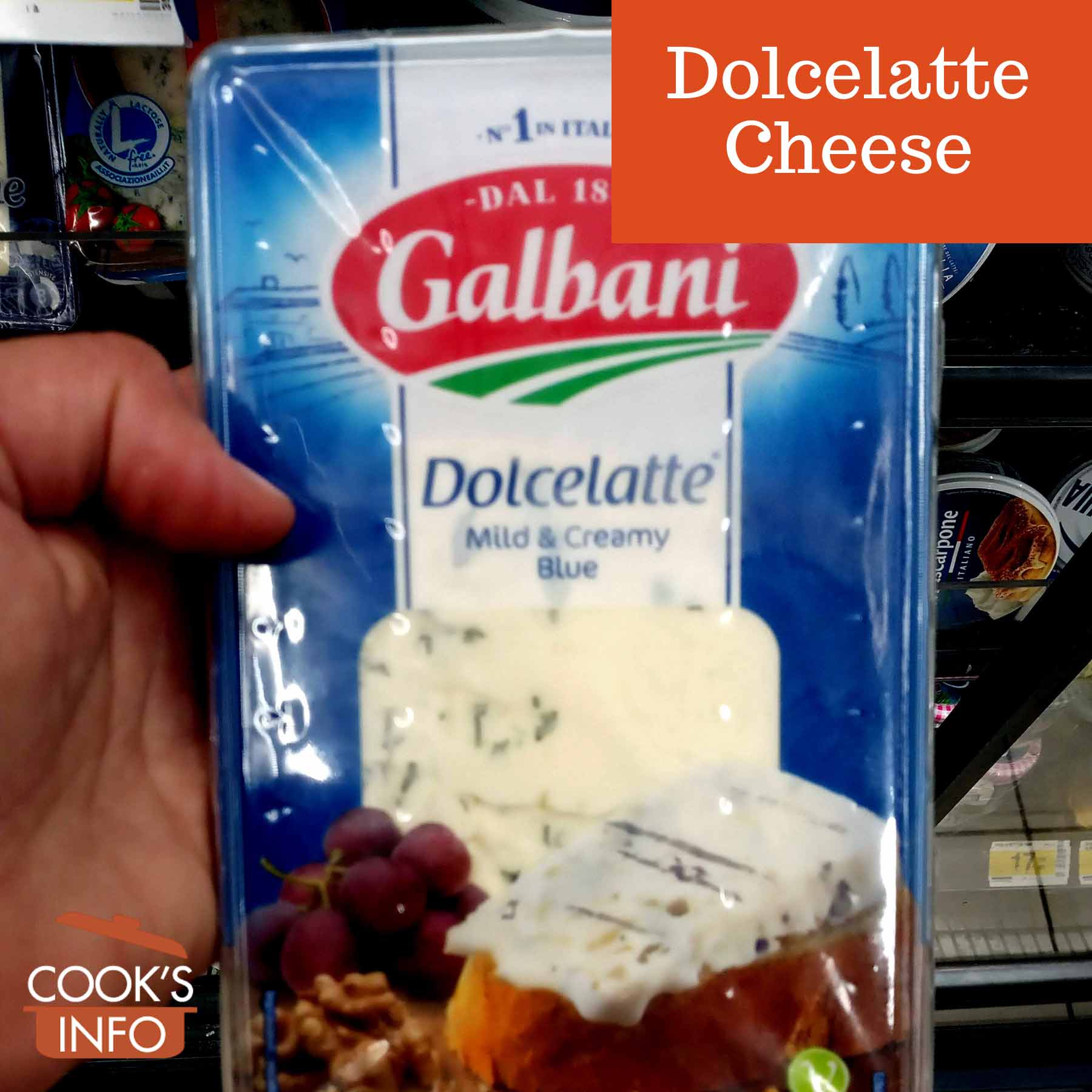 Dolcelatte is the brand name of Gorgonzola-type blue cheeses in Italy.

There are several different cheeses sold under this brand name.

One is a mild Gorgonzola called “Galbani Gorgonzola D.O.P Dolcelatte.” This cheese is an official Gorgonzola.

It is a semi-soft cheese with blue veins, creamy enough to melt in the mouth.

This gorgonzola is made from pasteurized cows milk curdled with calf’s rennet, formed into thin 5 ½ kg (12 pound) wheels that are aged 40 days.

Galbani Gorgonzola D.O.P Dolcelatte is reputedly meant to be a milder version of mild Gorgonzola. Some sources claim that it was purposefully designed to be milder specially for the British market, but with British palates used to the king of robust blue cheeses, Stilton, this is implausible, or someone at Galbani was misinformed.

There are at least two other versions of Dolcelatte blue cheeses.

One, called Dolcelatte® Classico, is a blue cheese made with vegetarian rennet, and therefore can’t officially be called Gorgonzola (one of the specifications of Gorgonzola is calf’s rennet.) [1]Gorgonzola Dolcelatte D.O.P. Valore Energetico. Retrieved December 2010 from http://www.galbani.it/prodotti/galbani/prodotti/Gorgonzola_%20DOP/index.html

Galbani Dolcelatte® Piccante is a tangier version of their blue cheese, but it isn’t legally classed as a Gongonzola cheese, either. It was introduced around 2010.

Dolcelatte Cheese is made by the Galbani Company, owned by Groupe Lactalis, in the Pavia region of Lombardy. The brand was launched in 1967 [2]Galbani Dolcelatte. Buon 40th Compleanno! Galbani Press Release. Lesley Anderson / Marlena Snowden. April 2007. Retrieved December 2010 from http://www.galbani.co.uk/DinDocuments/0th%20Anniversary%20release%20-%20approved1.pdf.

The name Dolcelatte is a registered trademark.