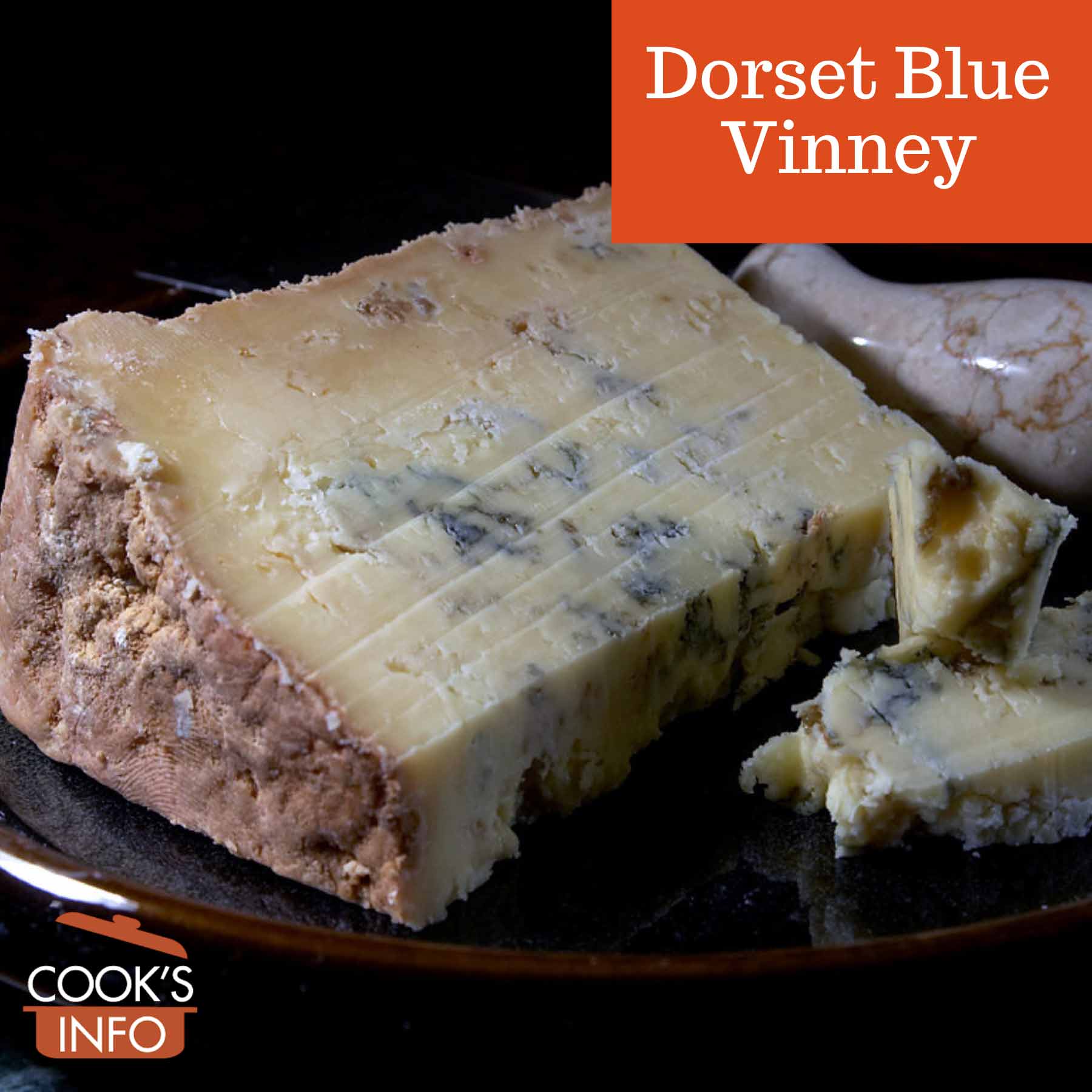 Dorset Blue Vinney is a blue cheese made in Dorset, England. The cheese is made using skim milk from cows. Most versions use raw milk, though some versions are also made from pasteurized.

Starter is added to the milk, then vegetarian rennet and Penicillium roqueforti, which grows the mould in the cheese. The curd is cut into small pieces, let stand overnight, then the whey is drained. The curds are cut into blocks, pressed, salted and pressed into moulds. The moulds are turned regularly for 5 days. The cheeses are then taken out of the moulds, coated with flour and smeared with a paste which will develop more blue mould.

They are aged between 2 ½ and 5 months. After the first month of aging, they are pierced in many places with a fine long needle to let air in so the mould inside can grow.

The cheese ends up with a hard rind, and a hard, crumbly interior. Though the blue mould veins in it are thinner than those in Stilton, there end up being more of them.

Dorset Blue Vinney is less moist than Stilton, because being made from skim milk, there is less fat in the cheese. But, it has a stronger taste.

This cheese had European PDO status before Brexit.

Dorset Blue Vinney used to be made locally at farms. Milk would first have its cream skimmed off for butter, and then the remaining skim milk was used for the cheese.

“Vinew” was an old Dorset dialect word, which meant to become mouldy. “Vinney” is derived from “vinew”.

This web site generates income from affiliated links and ads at no cost to you to fund continued research · Information on this site is Copyright © 2022· Feel free to cite correctly, but copying whole pages for your website is content theft and will be DCMA'd.
Tagged With: British Cheeses, Dorset Food, Protected Designation of Origin, Skim-Milk Cheeses