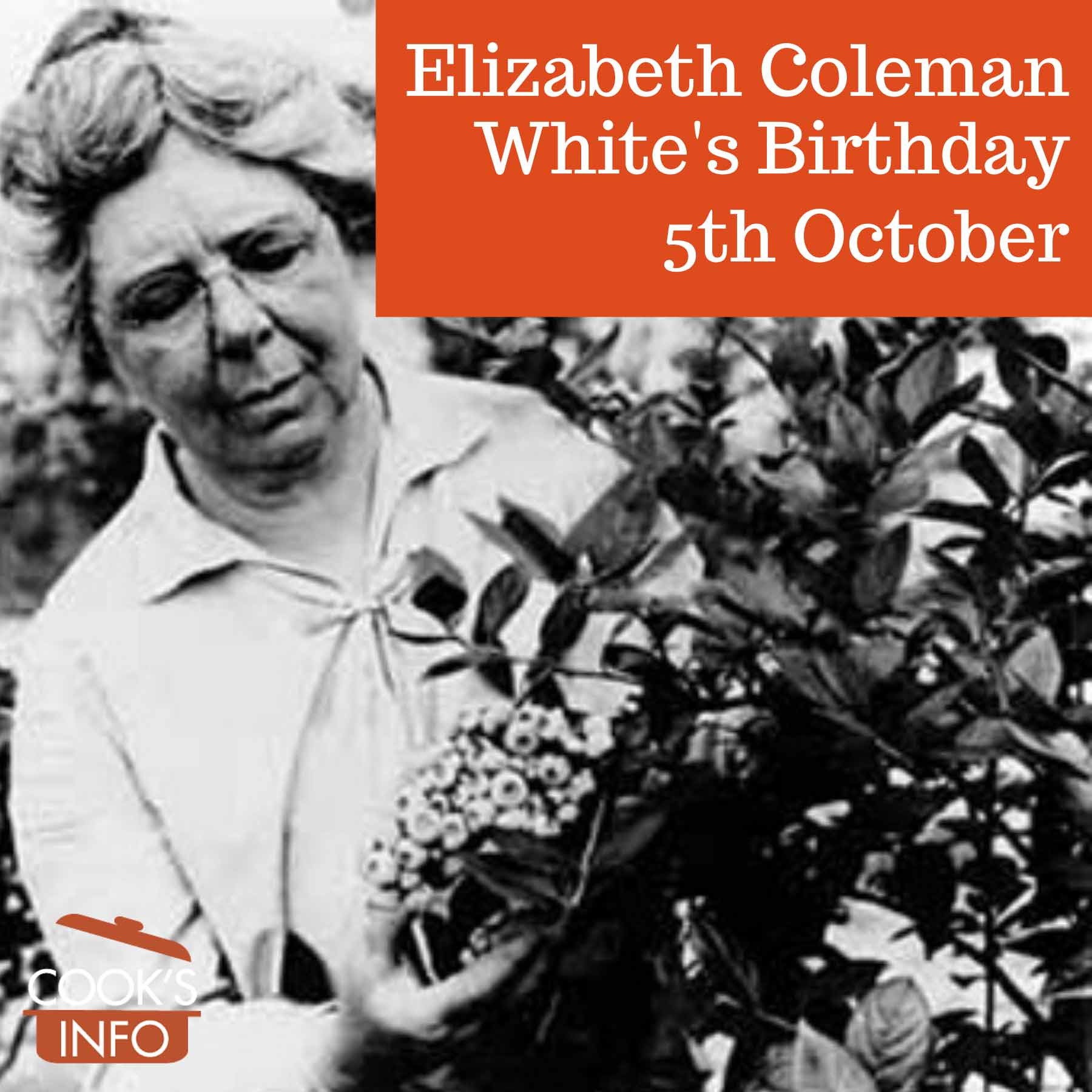 The 5th of October is the birthday of Elizabeth Coleman White.

She was the first person to grow cultivated blueberries for commercial production. Prior to this, blueberries were only picked in the wild.

Her parents were Quakers who ran a cranberry farm.

She teamed up with a USDA researcher, Dr Frederick V. Coville, to develop blueberries that could be grown under cultivation.

She eventually developed a thriving market for her farm-grown blueberries, and was also the first one to ship them to market covered with cellophane so the berries would be contained in their little punnet baskets while still allowing consumers to see them.

Despite her business savvy, her father left the farm to one of her sister’s husbands simply because Elizabeth was a woman.