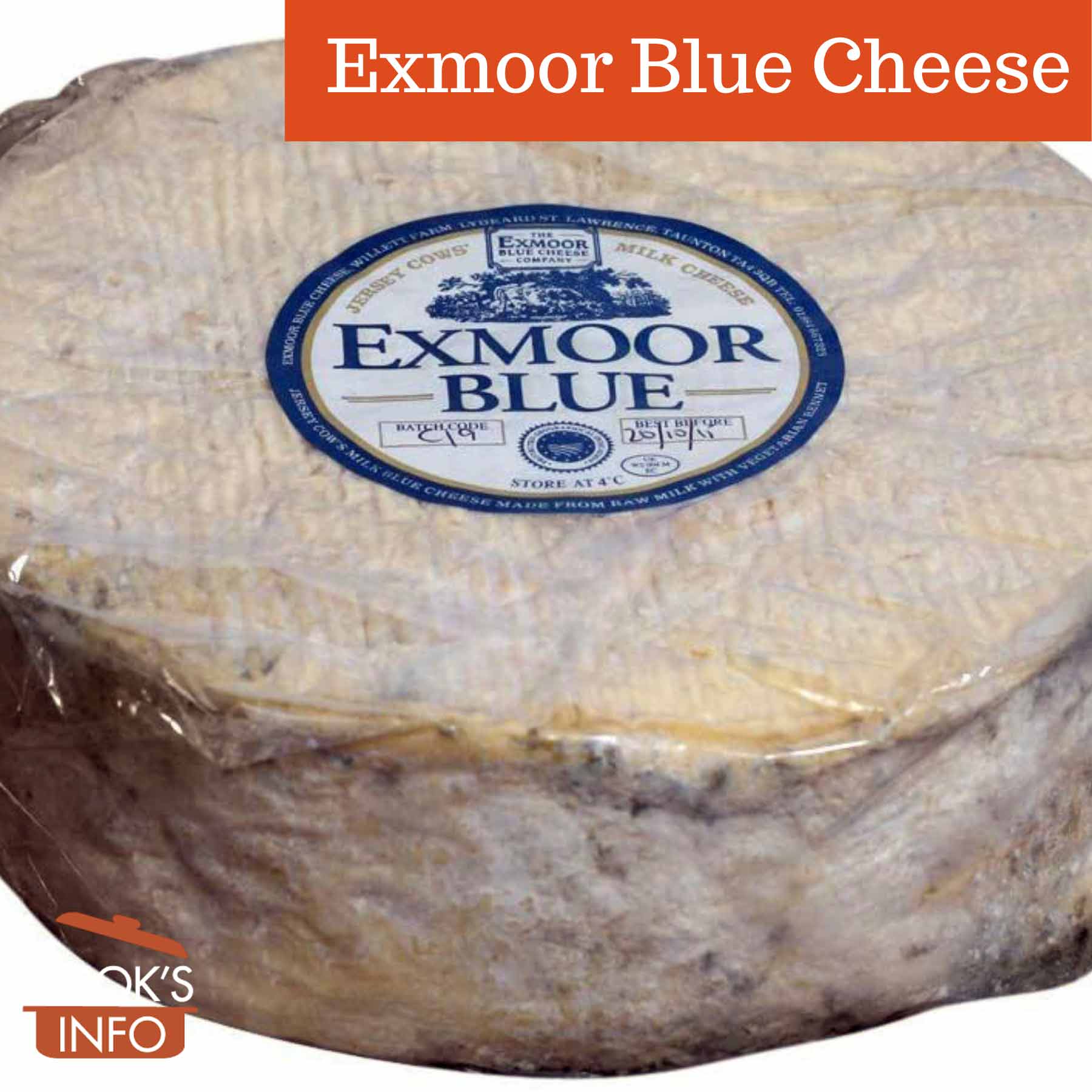 Exmoor was a creamy yellow farmhouse blue cheese made in different sized rounds. It is no longer in production.

It was made from raw milk from Jersey cows. The milk was heated to 21 C (70 F), at which point the starter culture was added. The milk was then raised to a temperature of 29 to 32 C (85 to 90 F) for a few hours. At this point, Penicillium roqueforti bacteria were added, along with vegetarian rennet to curdle the milk. The curd was then cut, drained and put into moulds. The moulds were turned after 6 hours, and again 12 hours after that. A day later, the cheeses were immersed in brine for 6 hours, then drained for a day and a half, and turned twice during that process. Holes were then poked into the cheeses using needles to allow air into them. The cheeses were then sprayed with Penicillium candidum bacteria, and aged 2 to 4 months.

The average fat content of Exmoor Blue Cheese was 34 %.

The cheese was created by a Dr Alan Duffield (who also created Berkshire Blue Cheese).

Duffield began making Exmoor Blue Cheese in 1986, at first from a mix of raw Jersey cow’s, goat’s or sheep’s milk. In 1990, he began using only Jersey cow milk.

He sold the business to former employees Ian and Ruby Arnett in 2002.

It went out of production, probably sometime between 2010 and 2014.

The company also made a cheese they called “Somerset Blue.”

This web site generates income from affiliated links and ads at no cost to you to fund continued research · Information on this site is Copyright © 2022· Feel free to cite correctly, but copying whole pages for your website is content theft and will be DCMA'd.
Tagged With: British Cheeses, English Food, Protected Geographic Indication