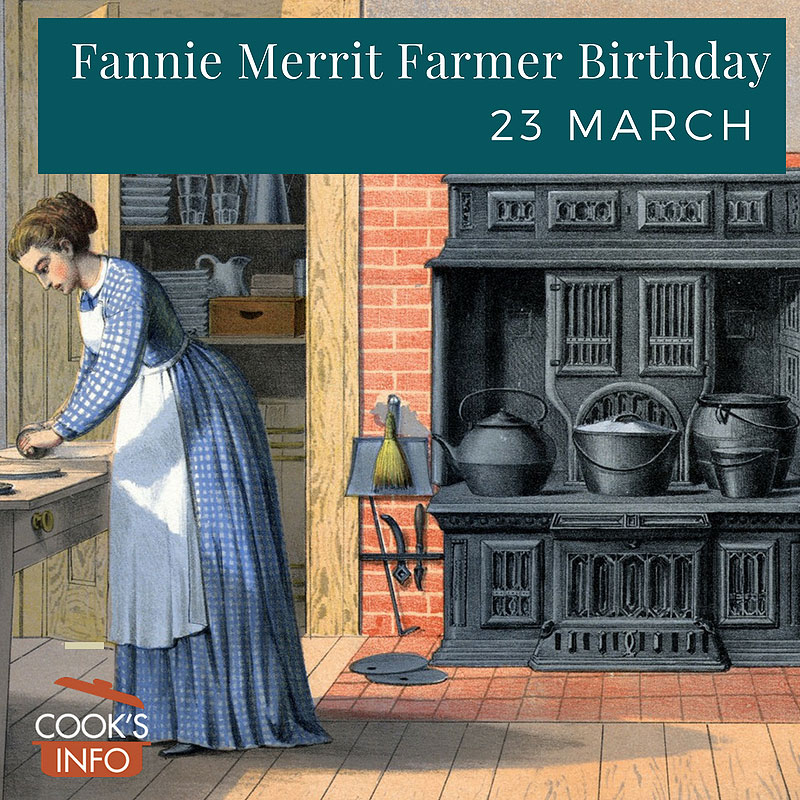 She ran the Boston Cooking School and wrote a cookbook that would remain the definitive one in America for decades.

A feisty red head, she was a career woman in one of the few fields open to women at that time — home economics. Though she remained single her entire life and walked with a limp owing to a stroke she had at the age of 13, she became one of the cornerstones of cooking in America, indeed in all of North America. By using her influence as a cookbook author and head of the prestigious Boston Cooking School she standardized the chaos of kitchen measuring (1 pound of flour, 2 coffee cups of sugar, butter the size of an egg) into standard measurements that are still in effect at the start of the 2000s. Sadly, perhaps, she choose to support volume measure rather than weight measure, ensuring that North American recipes would remain inscrutable to the rest of the world.

Though she wasn’t the first to list ingredients separately (as opposed to mixing them into the directions), the success of her books set it as the de facto standard from there on in. She also insisted on listing ingredients in the order they were required.