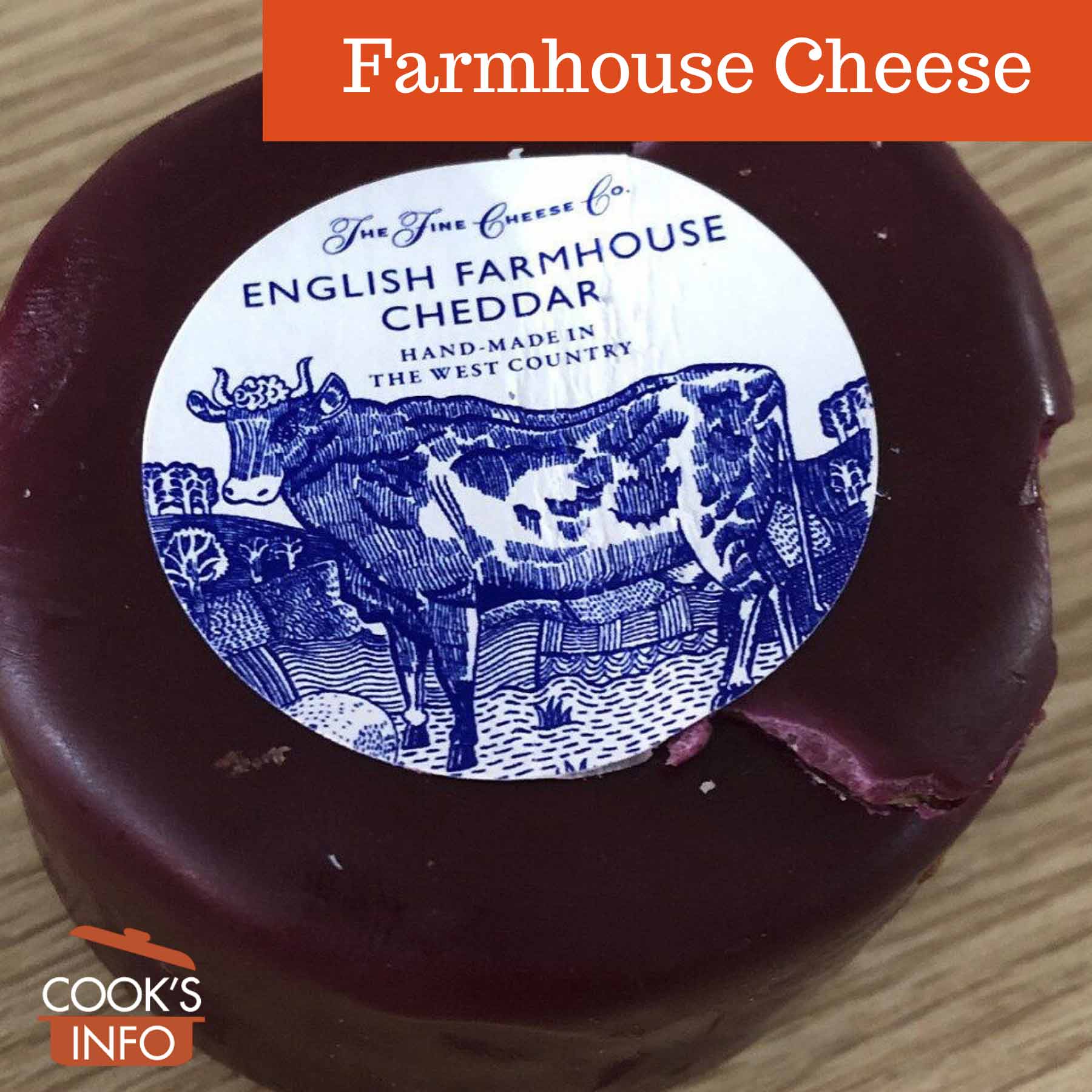 Farmhouse cheese (aka Farmstead cheese) is a cheese term that refers to the production style and environment of a cheese.

“Farmhouse” refers to cheese produced small-scale on farms, often with much manual work or intervention, as opposed to a large-scale, automated process in factories.

In addition, the farmer will have his/her own herd and will use milk from that herd. The farmers feel that in using their own milk, they have greater control over the finished cheese product starting right with what the cattle are fed. The milk is used raw milk (e.g. unpasteurized); cause for regular visits by government inspectors.

Farmhouse Cheeses are made in the UK, Ireland and Australia. There is a small farmhouse cheese movement in Canada and the US, but the term there risks being meaningless because, without legal definition of the term in those jurisdictions, some marketers subvert the name “farmhouse” and attach it to cheeses made with milk bought from other sources.

The California Milk Marketing Board, though, at least in 2001, held to the UK understanding of the term:

“A farmstead cheese is an “artisan” cheese — one handmade in small quantities — that is produced on the farm using only milk from the herd located on that farm. The farmstead producer is able to direct the cheesemaking process from determining the cow’s feed through final aging of the cheese.” [1]Mary Fletcher, Director of Communications Services, California Milk Advisory Board. Cited in: California farmstead cheesemaking on rise. San Francisco, California: The San Francisco Examiner. 7 March 2001. Page C2, col. 4.

The cheeses will typically be covered in cloth, and then wax, which allows them to breath as they age. The whole cheeses won’t be sealed in plastic — though smaller pieces cut from it for retail sale to consumers may eventually be.

Farmhouse Cheese is not the same as “Farmer’s Cheese.”

Exigencies of the war effort in England during World War Two often resulted in farmhouse cheesemakers having their milk commandeered from them:

“Twice during 1940, the Milk Marketing Board exercised its option to call cheese-makers’ milk. The first call came on February 1st 1940, the second on November 1st. In the latter instance their milk was not released until April 1st this year.” — Cheshire Cheese Federation. Chester, England: The Cheshire Observer. Saturday, 3 May 1941. page 2, col. 4.

This web site generates income from affiliated links and ads at no cost to you to fund continued research · Information on this site is Copyright © 2022· Feel free to cite correctly, but copying whole pages for your website is content theft and will be DCMA'd.
Tagged With: Australian Food, British Cheeses, Irish Food