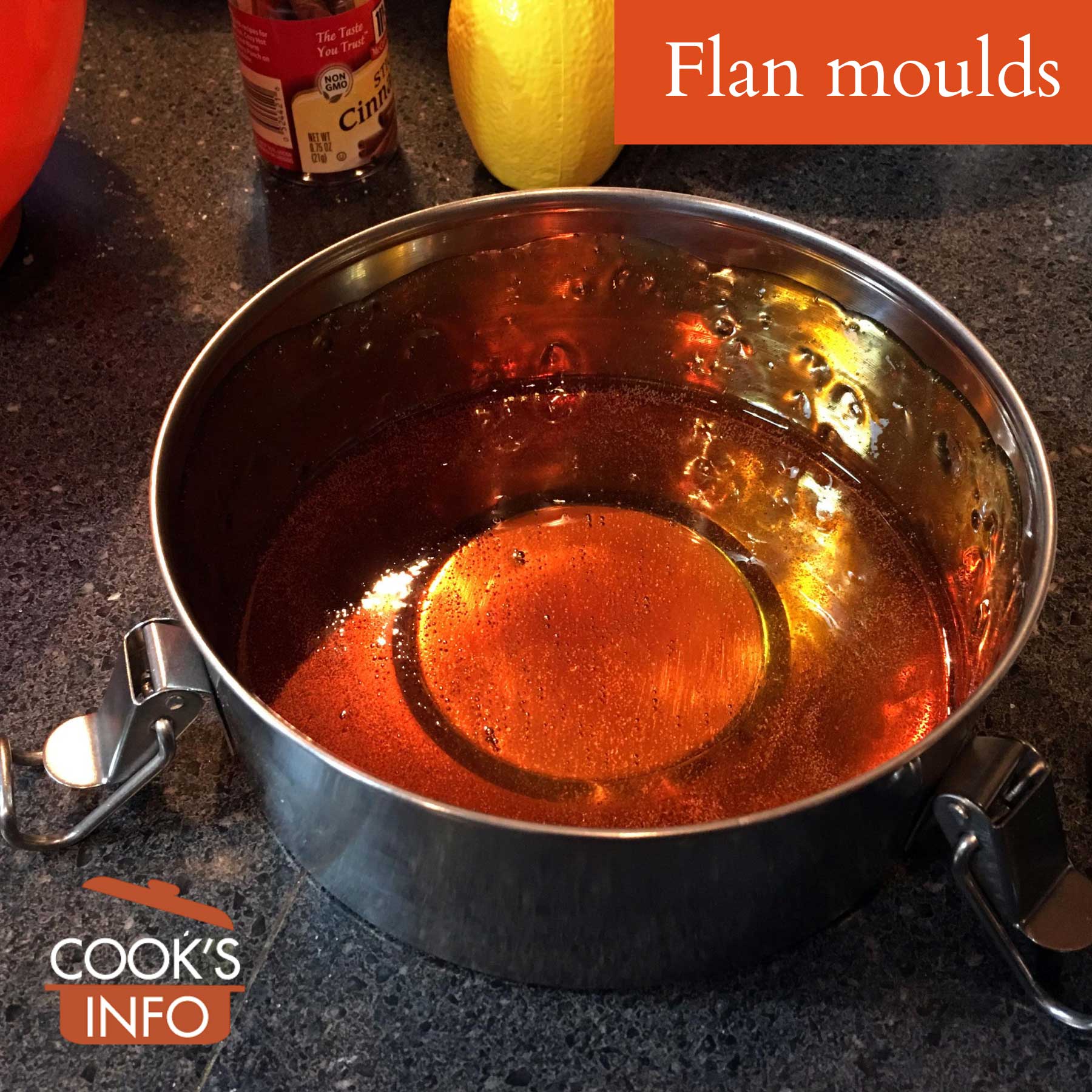 Flan moulds are moulds for making the Spanish-style dessert flan of custard and caramel sauce.

The moulds come in various sizes and are made from various materials.

Oval ones with tall sides are made of aluminum; you improvise covers with tin foil. Stainless steel ones tend to be round, and have lids that you latch on.

They can be used in the oven, on top of the stove in a water bath, steamed, or cooked with over a double-boiler, depending on the mould and your preferences.

Some flan moulds are actually combined mould / steamer sets. They consist of a double-boiler, with the bottom pot holding the water, the top pot being the flan mould, with a tube in it (reminiscent of an angel-food cake pan) that allows the steam to rise up into the centre and cook the flan more evenly and quickly.

If you are using your flan mould in a water bath, the water should come up about ⅓ of the way up the sides of the mould.

Another heat-proof cooking dish. Instead of a flan mould, you can use several ramekins (though you may have a hard time getting people to still think of it as a “flan” as opposed to crème caramel.) 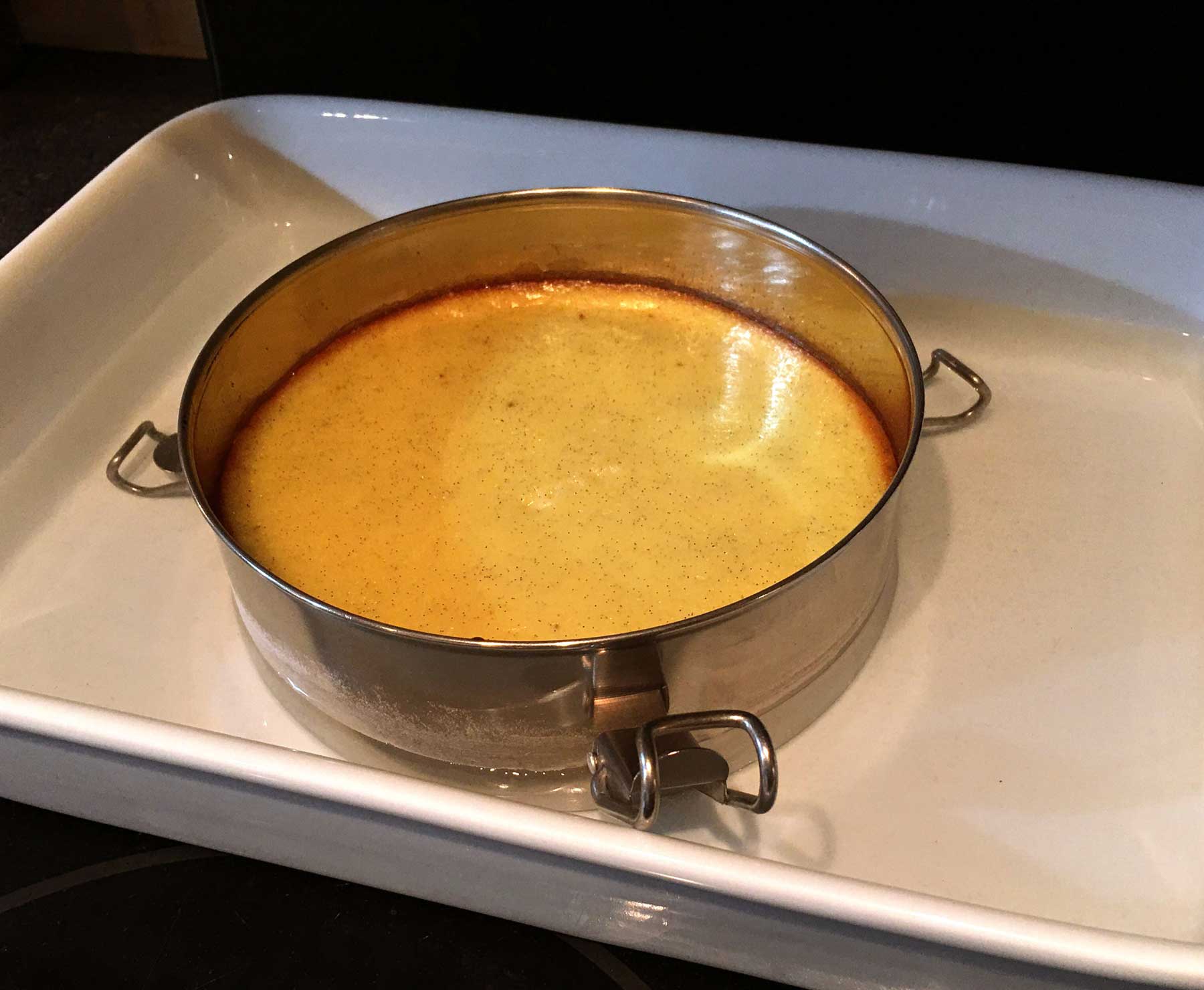 This web site generates income from affiliated links and ads at no cost to you to fund continued research · Information on this site is Copyright © 2022· Feel free to cite correctly, but copying whole pages for your website is content theft and will be DCMA'd.
Tagged With: Flan, Moulds