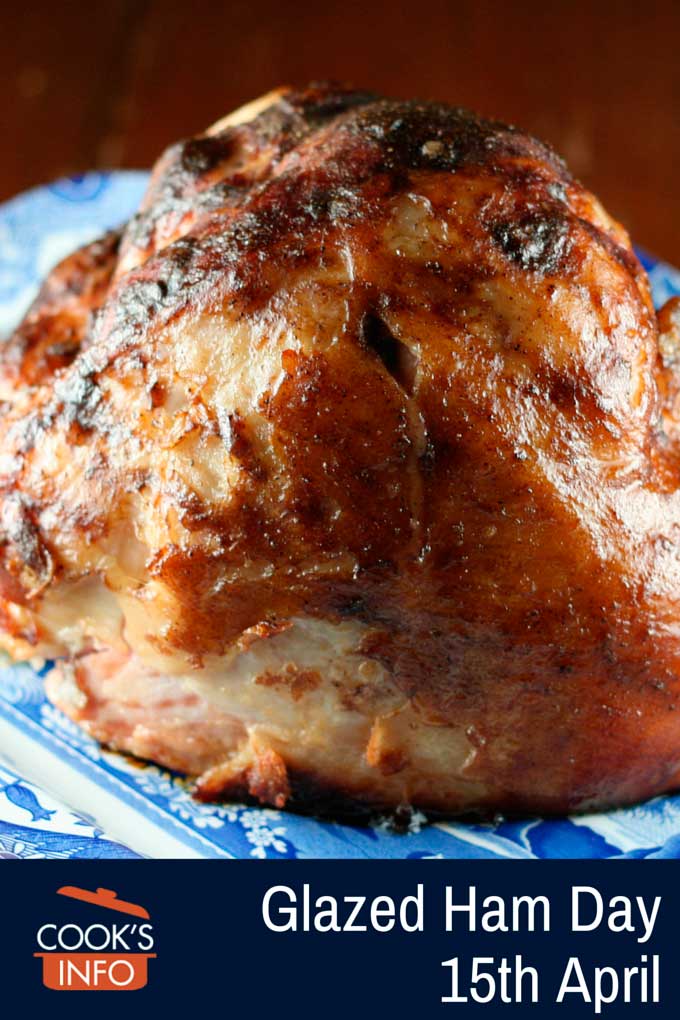 The 15th of April is Glazed Ham Day.

You usually only get to glaze a ham on high holidays such as Christmas and Easter, when the pressure is on: there’s 19 other things to juggle in the kitchen, but everyone is going to be inspecting the glazed ham the minute it hits the table.

Today allows you to glaze a ham in peace, and to enjoy taking your time doing it, without having to resort to swigs of kitchen-grade gin just to get you through the stress. Try a new glaze, or try one from the past that you still know you could get right, if only you had the time to focus. Plan just two simple veggies to go with it all, so that your glaze will really be the star of the day.

(If you’re in America and are facing today’s tax-filing deadline of midnight, though, keep that gin handy.)

Over dinner, you can also raise a birthday toast to the following people born on this day: Leonardo da Vinci (born 1452), Elizabeth Montgomery (Bewitched, born 1933), and Emma Thompson (the actress, born 1959.) Or, if despite all the time and lack of pressure, the glazed ham (and the taxes) go pear-shaped, then perhaps a more sombre toast might be in order: this was the day, in 1912, that the Titanic went under.

The earliest print mention of a Glazed Ham Day in April that CooksInfo has seen dates from 2012 in Indiana (in this instance, spiral ham is mentioned). The columnist says her source book was “Food Fest 365 – The Officially Fun Food Holiday Cookbook”: 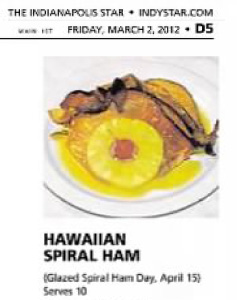 This web site generates income from affiliated links and ads at no cost to you to fund continued research · Information on this site is Copyright © 2021· Feel free to cite correctly, but copying whole pages for your website is content theft and will be DCMA'd.
Tagged With: Ham

‘If the soup had been as hot as the claret, if the claret had been as old as the bird, and if the bird’s breasts had been as full as the waitress’s, it would have been a very good dinner.’ — Duncan Hines (American restaurant critic. 26 March 1880 – 15 March 1959)