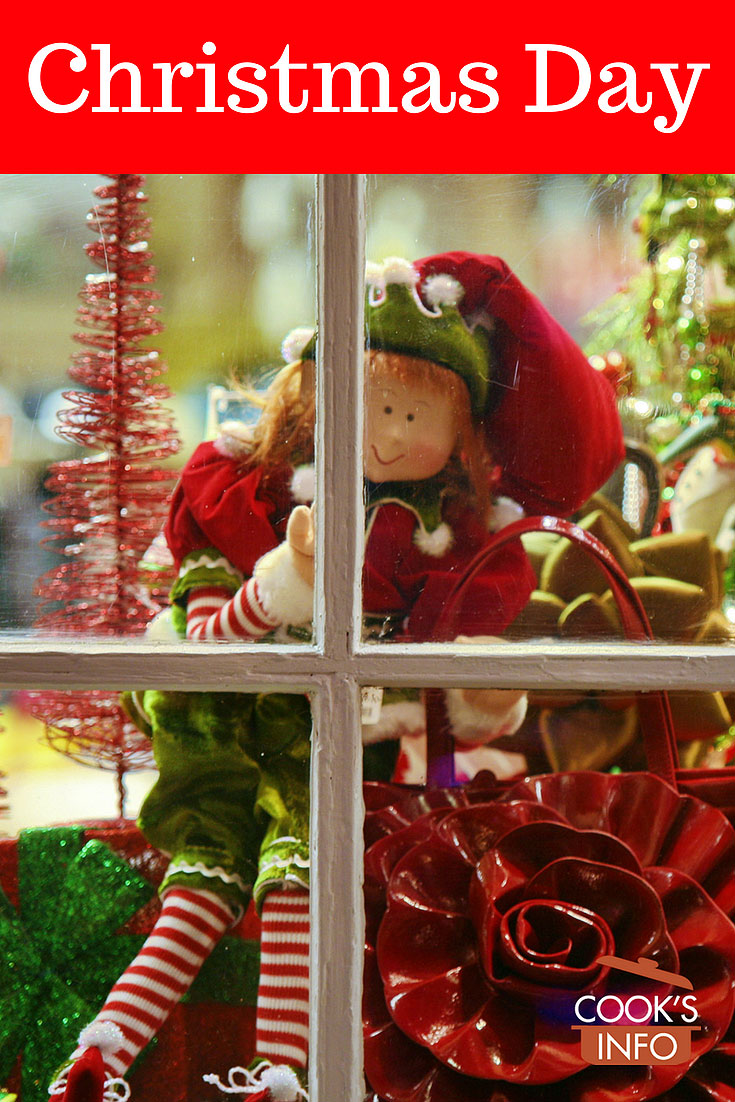 Christmas Day is the day on which the birth of Jesus Christ is observed. (No one purports to know the actual date.) In many Christian countries, it is a day of high feasting.

Many of the day’s traditions actually have their origin in the Roman festival of Saturnalia.

The early Church in Jerusalem actually celebrated Christ’s birth on the 6th of January, which is now celebrated as the Epiphany.

In the final quarter of the 4th century (e.g. 375 AD onwards), the Jerusalem Church switched to the practice of the Church in Rome of celebrating it on the 25th of December instead.

Christmas was banned in England between 1644 and 1660 by the Puritans when they controlled Parliament.

‘More mischief [in] that time committed than in all the year besides… What dicing and carding, what eating and drinking, what banqueting and feasting is then used… to the great dishonour of God and the impoverishing of the realm.’ — John Stubbes (c1550 – c1593, The Anatomy of Abuses 1583)

They even forbade people from attending church on that day, and ordered shops to remain open.

“Dorothy Hazzard, as a Puritan, refused to acknowledge Christmas as a special day; instead she sat sewing in the door of her grocer’s shop in the High Street in Bristol in the late 1630s, keeping her shop open as a witness to God.” [1]Spencer, Colin. British Food: An Extraordinary Thousand Years of History . Casemate Publishers. Kindle Edition.

Cromwell received a report in 1650 of Christmas Day being celebrated in London despite his orders against it. 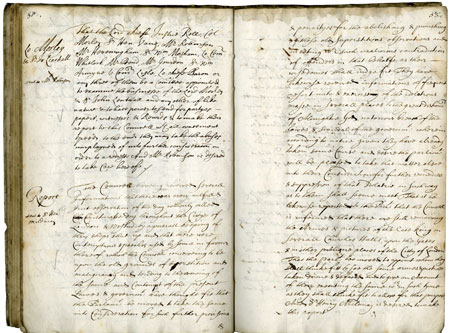 The Councell haveing received severall Informations that there was avery wilfull & strict observation of the day com[m]only called Christmasse day throughout the Cittyes of London & Westm[inster] by a generall keeping of their shops shut up and that there were Contemptuous speeches used by some in favour thereof, which the Councell conceiveing to be upon the old grounds of superstition and malignancy and tending to the avowing of the same and Contempt of the present Lawes and governm[en]t have thought fit that the Parlam[en]t be moved to take the same into Consideration for such further provisions [ed: next page] and penaltyes for the abolishing & punishing of those old superstitions observations and meeting w[i]th such malicious contradiction of offenders in that behalfe as their wisedomes shall iudge fit, They have likewise received informations of frequent resort unto and exerciseing of the idolatrous masse in severall places to the great dishono[u]r of Almightie God, notorious breach of the lawes and scandal of the governm[en]t wherein according to notice given they have already taken some Course and desire the parlam[en]t will be pleased to take that matter alsoe into their Consideration for further remedies & suppression of that Idolatrie in such way as to them shall seeme meet That it be likewise reported to the Parl[amen]t that the Councell is informed that there are still remaining the Armes and pictures of the late King in severall Churches Halls, upon the Gates and in other publique places of the Citty of London That the parl[amen]t bee moved to appoint whom they shall thinke fitt to see the same armes & pictures taken downe and defaced and to give an Account of their executing the same w[i]thin such tyme as they shall thinke fit to allow for that purpose And S[i]r Henry Mildmay is desired to make this report.

Charles Herbert was a captured American sailor held in Plymouth, England during the American Revolutionary War. In his prison diary, he wrote for Christmas 1777:

24. It is twelve months since I was taken, and as to-morrow is Christmas, and we have a little money, we are resolved to have something more than we had last Christmas; accordingly we sent out for five pounds of flour, one pound of suet, one pound of plums, half a pound of sugar, half an ounce of spice, and two quarts of milk, to mix the same for a pudding.

25. Christmas. To-day had our intended pudding, and as there was so much of it that we could not conveniently boil it all in one bag, we made two of it, and the largest was as much as seven of us wanted to eat at one meal, with our other provisions; these seven were of our own mess, and three of our neighbors, whom we invited. To-day our baker, who supplies us with bread, instead of brown bread, sent us white, and our butcher, instead of beef, gave us mutton, and instead of cabbage we had turnips; and the butcher’s wife gave us oatmeal to thicken our broth, and salt to salt it; so that on the whole, we had not so hungry a Christmas as the last. I must confess I have a very agreeable expectation, if my life is spared and the Lord pleases to permit me, to sit down at my father’s table next Christmas.  — Charles Herbert. From “A Relic of the Revolution”. Charles H. Peirce, Boston. 1847. Chapter 9. 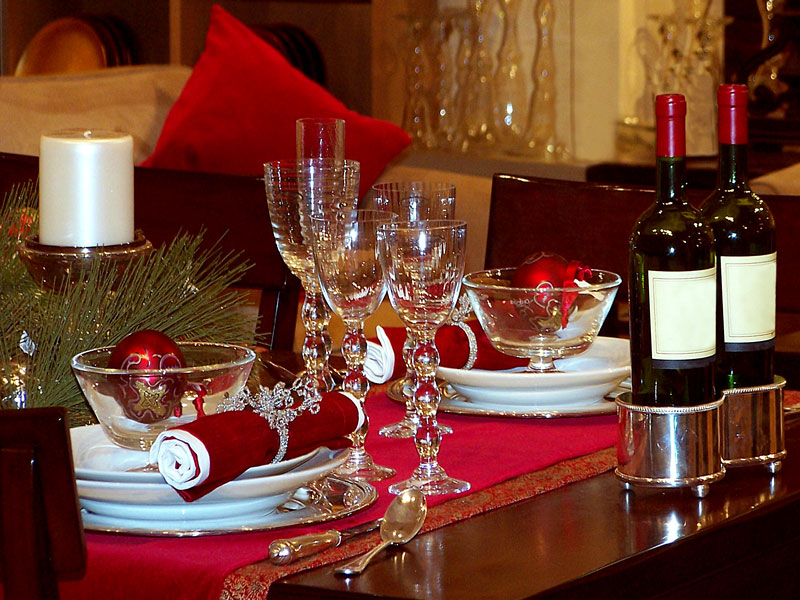 The first Christmas tree lit with incandescent bulbs was at the home of Edward H. Johnson (vice-president of the Edison Electric Light Company) at his home on East 10th Street, New York, in December 1882. [2]Bunyan, Patrick. All Around the Town: Amazing Manhattan Facts and Curiosities. Fordham University Press. Second edition, 2010. Page 172.

One of the modern challenges that Christmas brings is how to time cooking all the food so that it’s ready, but yet no one dish sits out too long that it possibly enters a food safety zone.

Ben Chapman from North Carolina State Extension has some tips on how to manage this.

This web site generates income from affiliated links and ads at no cost to you to fund continued research · Information on this site is Copyright © 2023· Feel free to cite correctly, but copying whole pages for your website is content theft and will be DCMA'd.
Tagged With: Christmas