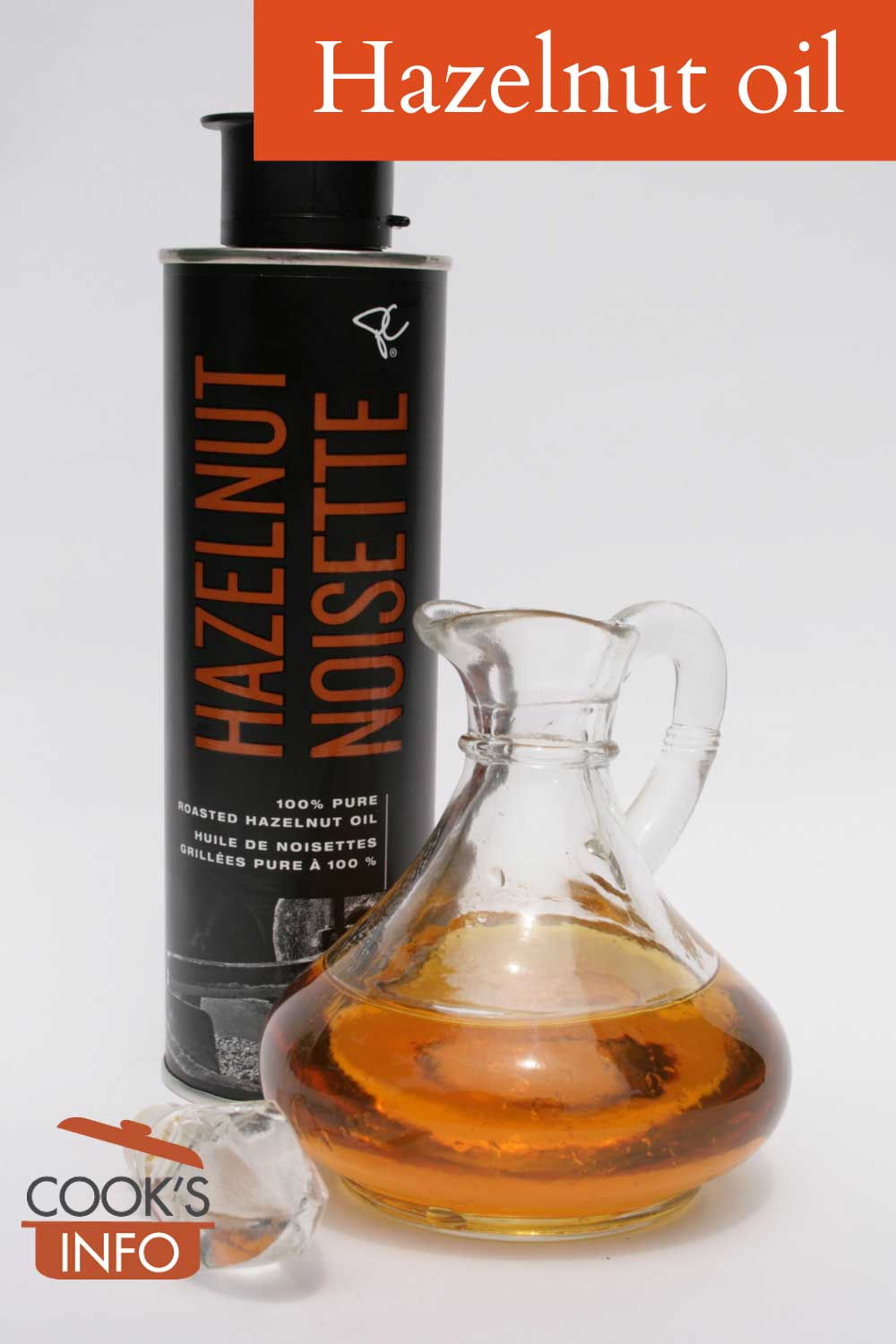 It is very popular in France as a finishing oil.

Cheaper hazelnut oil coming from Turkey has been used as an adulterant in olive oil to commit food fraud:

“Hazelnut oil adulteration of olive oil is… a genuine authenticity issue, as evidenced by a carefully documented episode in which over 20 000 tonnes of Turkish hazelnut oil was shipped to Northern Europe as sunflower oil, with much of it then being transported in French trucks to Spain, where it was mixed in proportions of 15–50% with olive oil, before being sold on to Spanish production and bottling facilities as olive oil.” [1]Parker, T., et al. “60MHz 1H NMR Spectroscopy for the Analysis of Edible Oils.” TrAC Trends in Analytical Chemistry, vol. 57, 2014, pp. 147–58. Crossref, doi:10.1016/j.trac.2014.02.006.

Use hazelnut oil as a flavouring or “finishing” oil rather than a frying oil. Use it in very small quantities so that the flavour isn’t overwhelming. 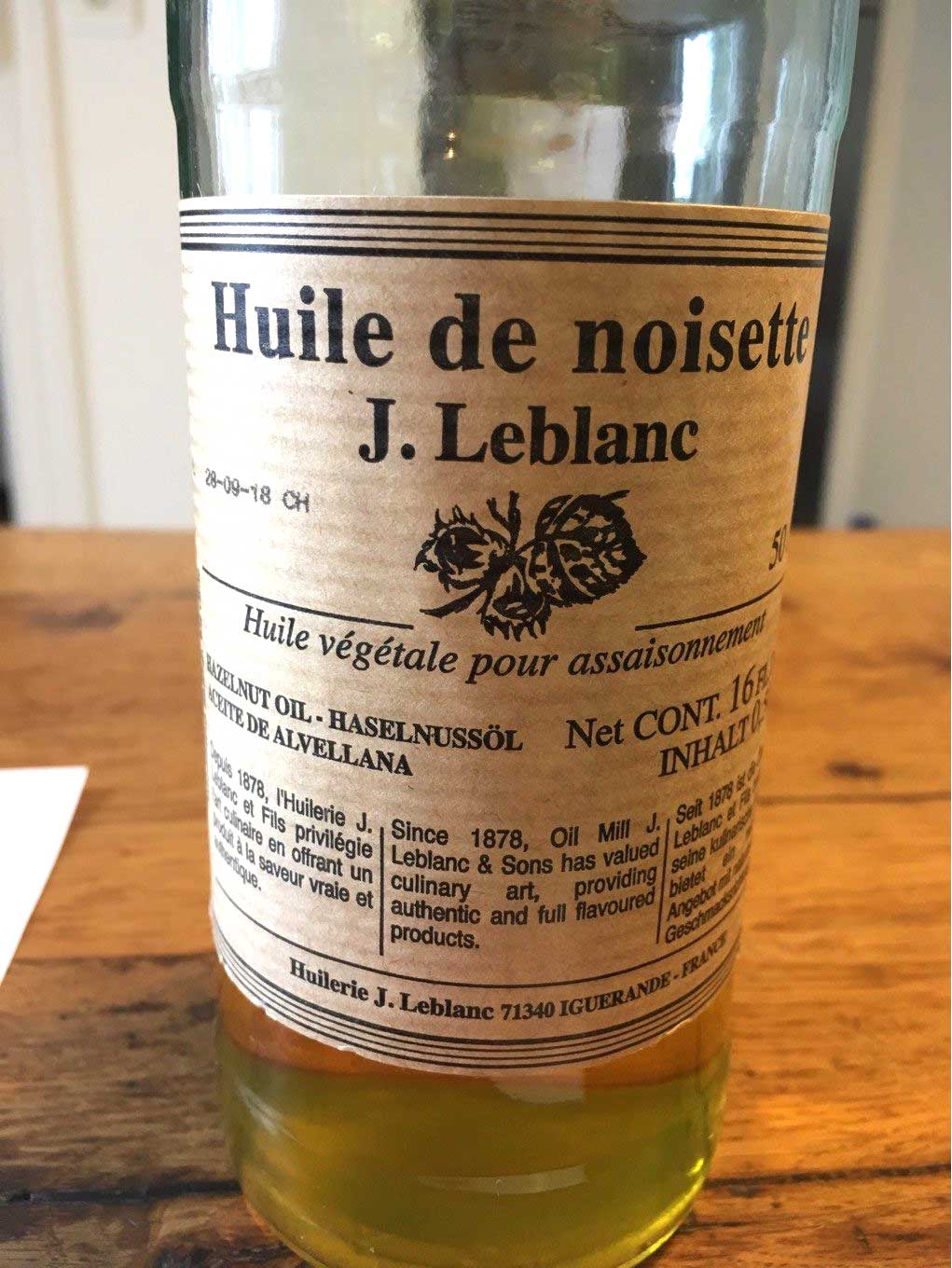 The “fatty acid composition [of hazelnut oil] is very similar to that of olive oil.” If anything, “hazelnut oils typically contain slightly more unsaturated fatty acids than olive oils.” [3]Ibid. 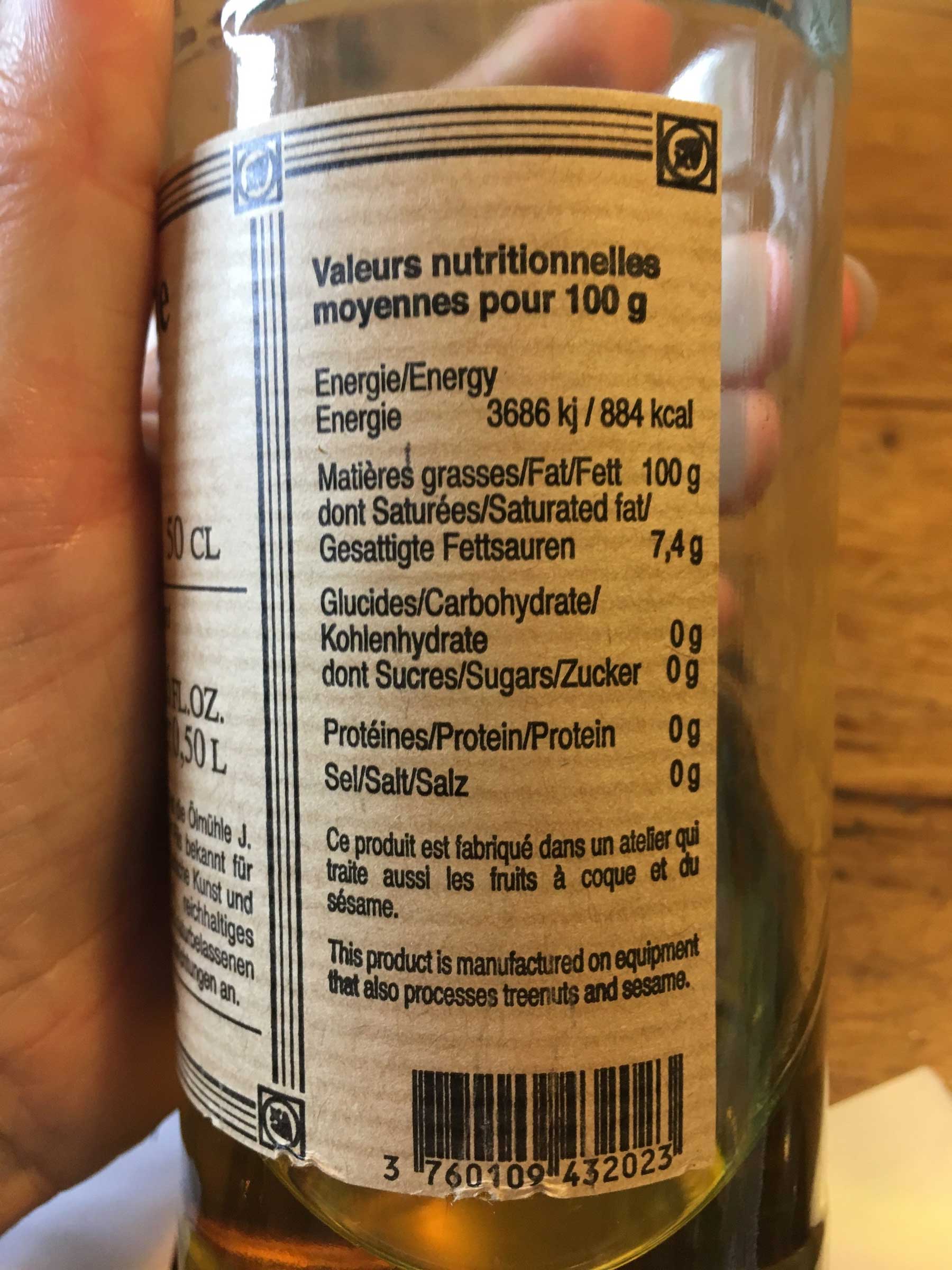 Refrigerate after opening; if it becomes thick, just set out for an hour or two before needed.

This web site generates income from affiliated links and ads at no cost to you to fund continued research · Information on this site is Copyright © 2021· Feel free to cite correctly, but copying whole pages for your website is content theft and will be DCMA'd.
Tagged With: French Food, Hazelnuts