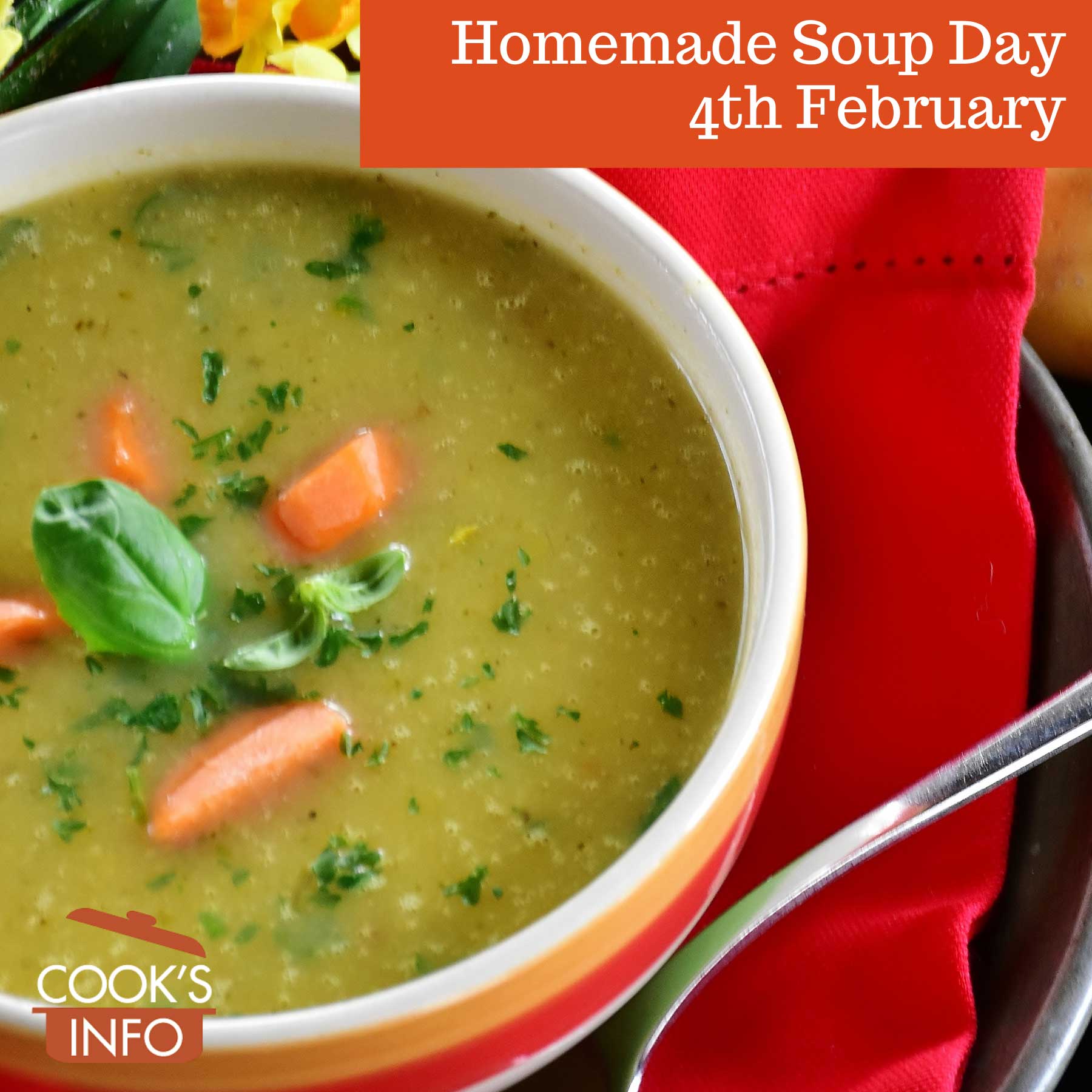 Homemade Soup Day is on the 4th of February.

In the northern hemisphere, it falls in the dead of winter.

You could have some friends over and make a big pot of hot soup, perhaps with some nice warm crusty bread or rolls.

If you are in Australia or New Zealand enjoying some nice scorching hot weather, you may wish to consider a chilled soup such as gazpacho or Vichyssoise.

There are so many different types of soup you could make: a cream soup, a clear broth, a French onion soup, wonton soup, ramen soup or even Mexican-style soup such as pozole.

If you can’t find the time for homemade today, you could always cheat and enjoy some soup out of a can or a packet.

If you do make soup, you may wish to consider making enough so that you can freeze some of it in portions.

Interested in home-canning your homemade soups in jars? For food safety reasons, you want to be sure to follow USDA recommendations in doing this. Here’s how! Home canned soups.

We used to drink soup, in sips. In fact, the word “soup” comes from the Middle English word “soupen / suppen”, meaning “to drink in sips”.

Now, we describe consuming it as “eating it” instead.

As for Homemade Soup Day itself, the earliest reference CooksInfo has found to it occurred in a Vermont newspaper on the 2 February 1999. A journalist said her source for the day was the “National Special Events Registry” run by a John Kremer.

This web site generates income from affiliated links and ads at no cost to you to fund continued research · Information on this site is Copyright © 2021· Feel free to cite correctly, but copying whole pages for your website is content theft and will be DCMA'd.
Tagged With: Soups