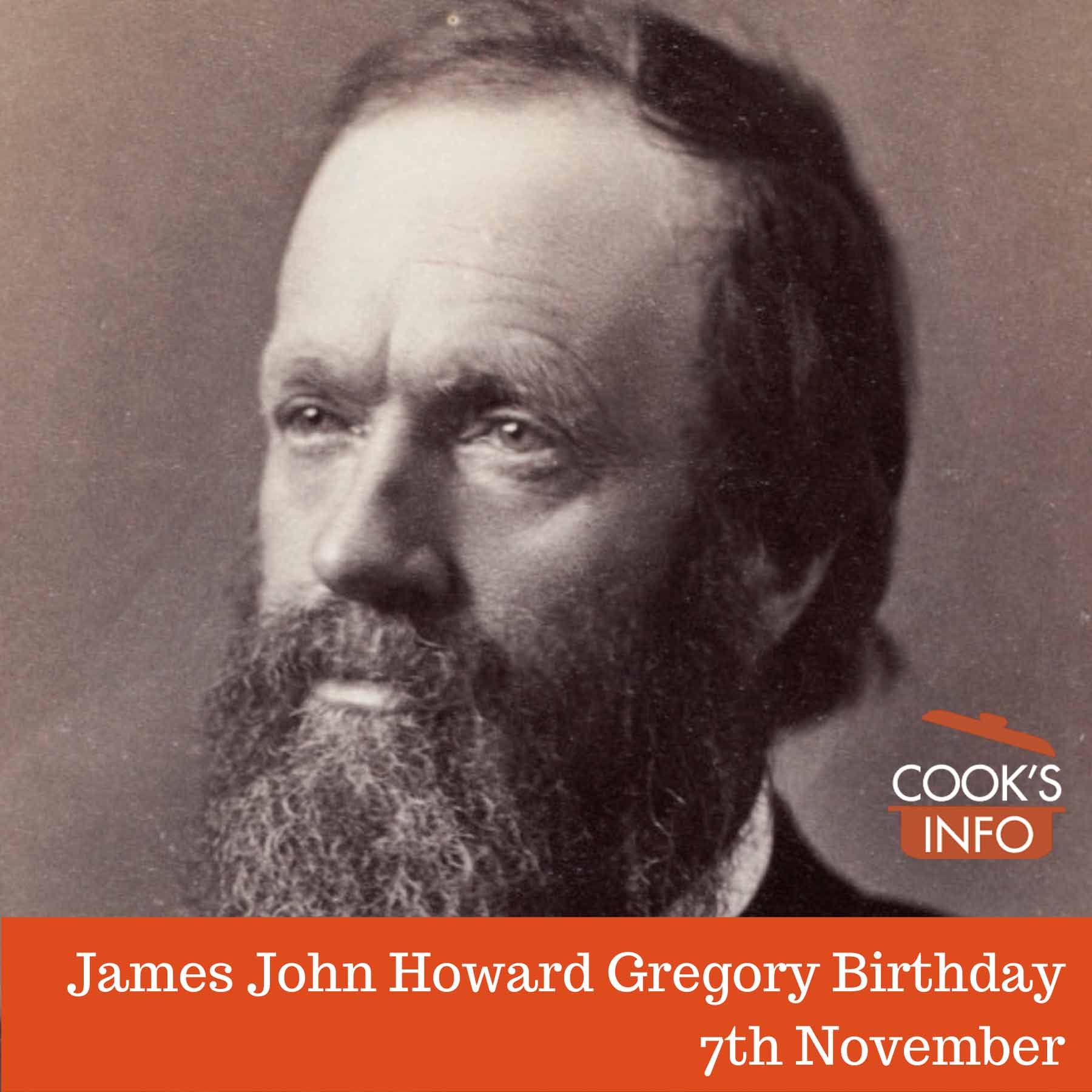 The 7th of November is the birthday of James John Howard Gregory.

Gregory was a New England nurseryman who introduced some important and now-famous varieties of vegetables, such as the Hubbard Squash and the Burbank potato. He bought the Burbank potato from Luther Burbank, and named it after Burbank.

A school principal, he eventually decided to pursue his love of plant development and go into the seed business.

He was also a Massachusetts State Senator and a philanthropist who worked to bring library services to deprived areas of the American south. He also wrote several key books on cultivating various vegetables.