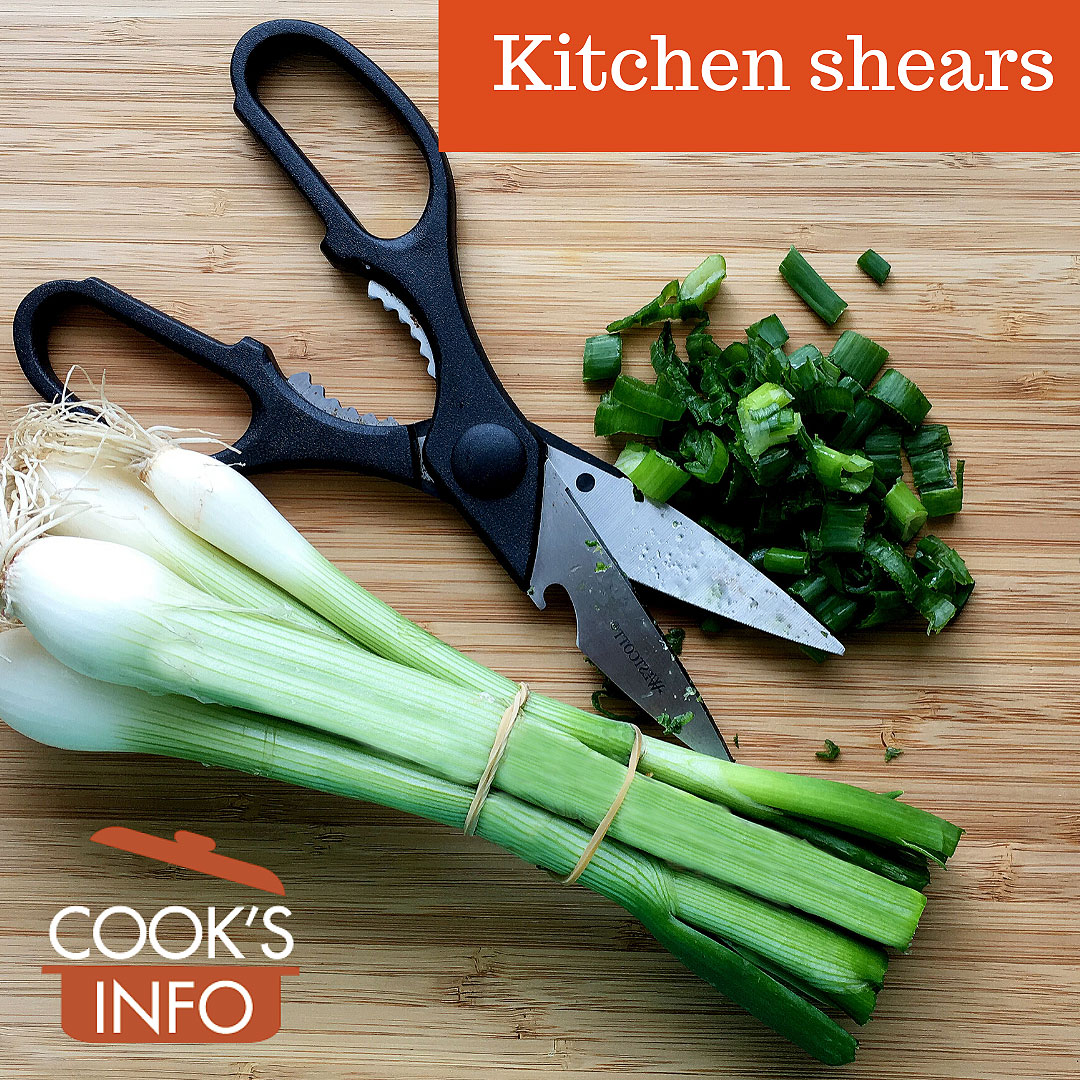 Kitchen shears are specially-designed, sturdy scissors for the kitchen.

Kitchen shears are typically not shaped like regular scissors; they are shaped like shears. (In the strict definition of shears, the two finger holes will not be the same size: that may or may not be the case when it comes to kitchen shears.)

Some will have handles covered in rubber. Some have a bottle opener in the handle.

Some are specially made for poultry and fish, with one of their blades being a serrated one to help cut through flesh such as chicken joints or fish fillets.

“One of the main differences between proper kitchen shears and scissors is that the pivot point where the two blades cross is stronger to allow for more force when cutting into bone or tough vegetables. Some shears allow for this bolt to be adjusted to provide more tension for harder jobs. The blades of the shears will vary but look for ones designed for the uses you’ll be requiring of them.” [1] Scissors. In: Healthy Cooking Made Easy with BBC Good Food. BBC Good Food. Micro course. Step 4.10. Accessed August 2021 at https://www.futurelearn.com/courses/healthy-cooking-made-easy-with-bbc-good-food/2/steps/1224914

Kitchen shears can be used for many jobs which would otherwise require hauling out both a knife and a cutting board.

Be sure to wash kitchen shears particularly carefully after being used with raw meat or fish.

Some models screw apart at the hinge for easier cleaning.

Not all kinds will be dishwasher safe.

Kitchen shears should be regularly sharpened at the same interval as you do your kitchen knives.

Sometimes referred to as “kitchen scissors” or “kitchen snips.” 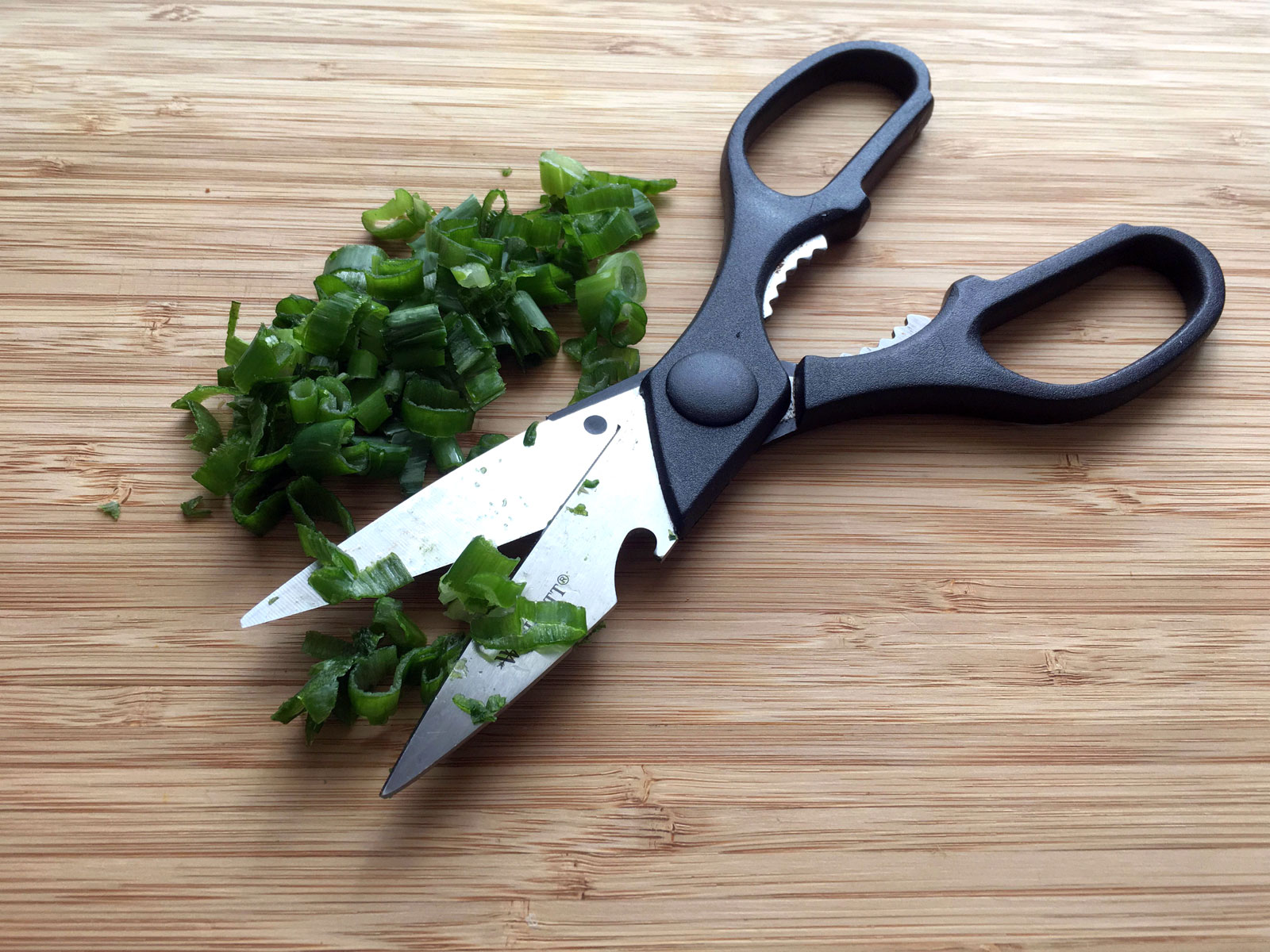 This web site generates income from affiliated links and ads at no cost to you to fund continued research · Information on this site is Copyright © 2023· Feel free to cite correctly, but copying whole pages for your website is content theft and will be DCMA'd.
Tagged With: Cutters