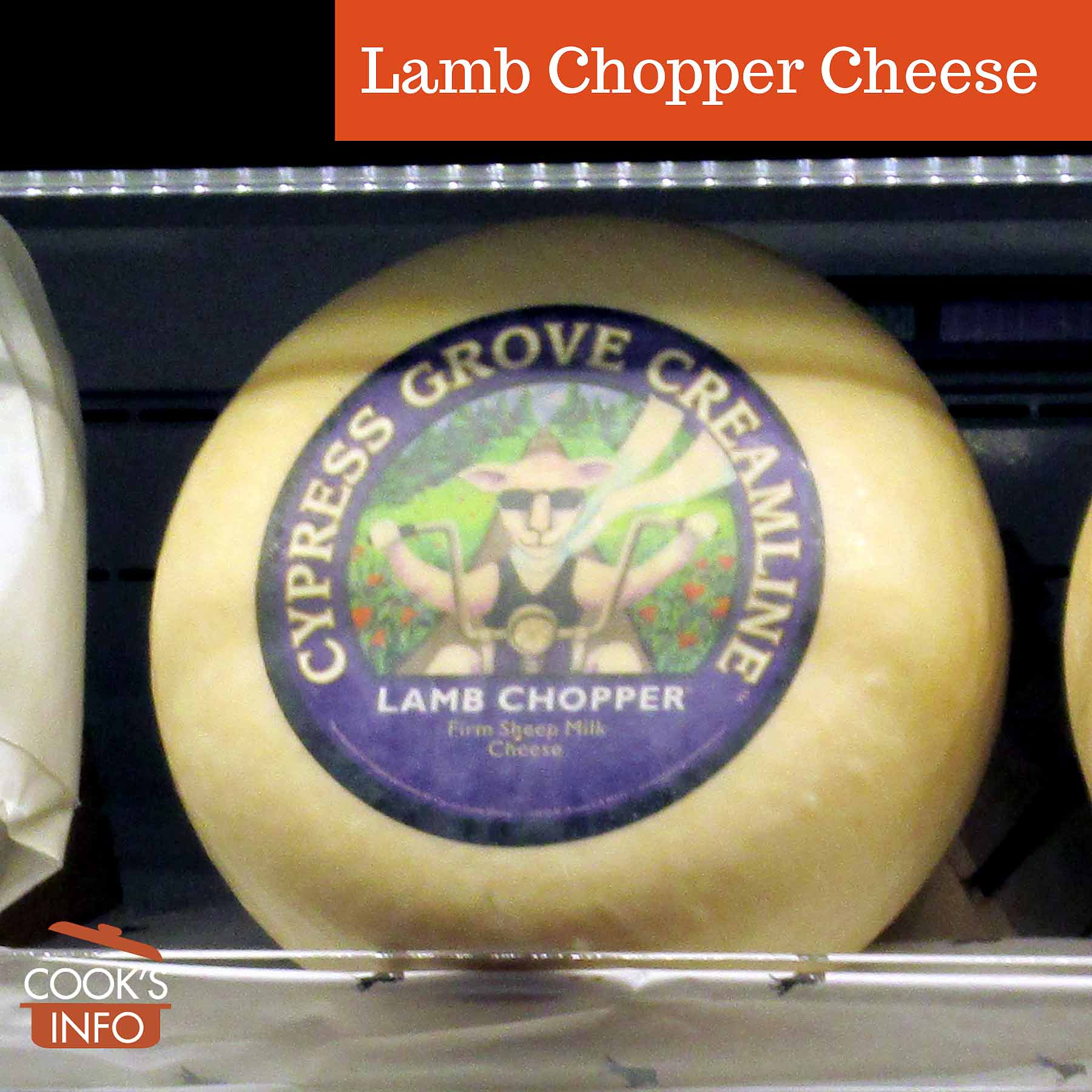 Lamb Chopper Cheese is smooth, firm and yellow inside, with a mild, almost sweet taste. On its label, the cheese has a lamb on a motorcycle complete with helmet and scarf.

It is similar to Gouda. Though Lamb Chopper is sold as an American cheese, it is actually made in the Netherlands.

The cheese is made from pasteurized sheep’s milk curdled with vegetarian rennet, and formed in 4 ½ kg (10 pound) wheels, then waxed. It is aged in the Netherlands for 3 months, then shipped to California and aged further, and finally sold at 4 to 6 months of age.

The American aging is done by Mary Keehn of the Cypress Grove Chèvre company in McKinleyville, Humboldt County, northern California.

Mary Keehn’s goal was to stop the mould from other cheeses such as her Humboldt Fog from jumping to the Lamb Chopper, and her own facilities weren’t big enough (only about 300 square metres / 3,000 square feet), so she farmed the production out to a maker in the Netherlands. 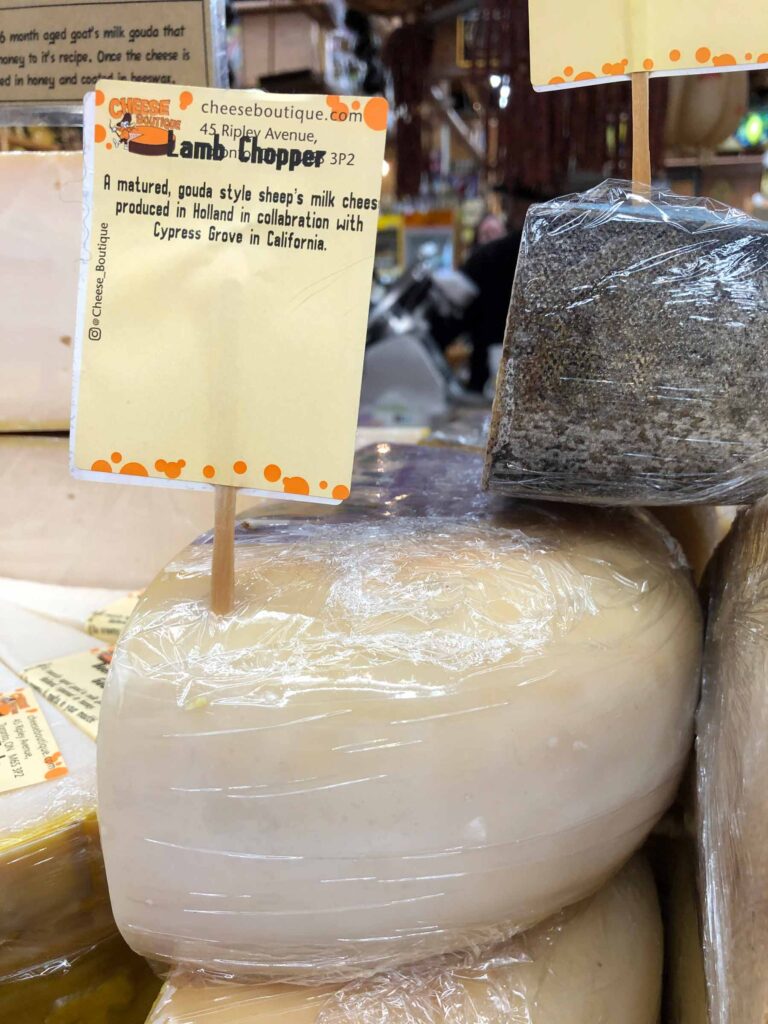 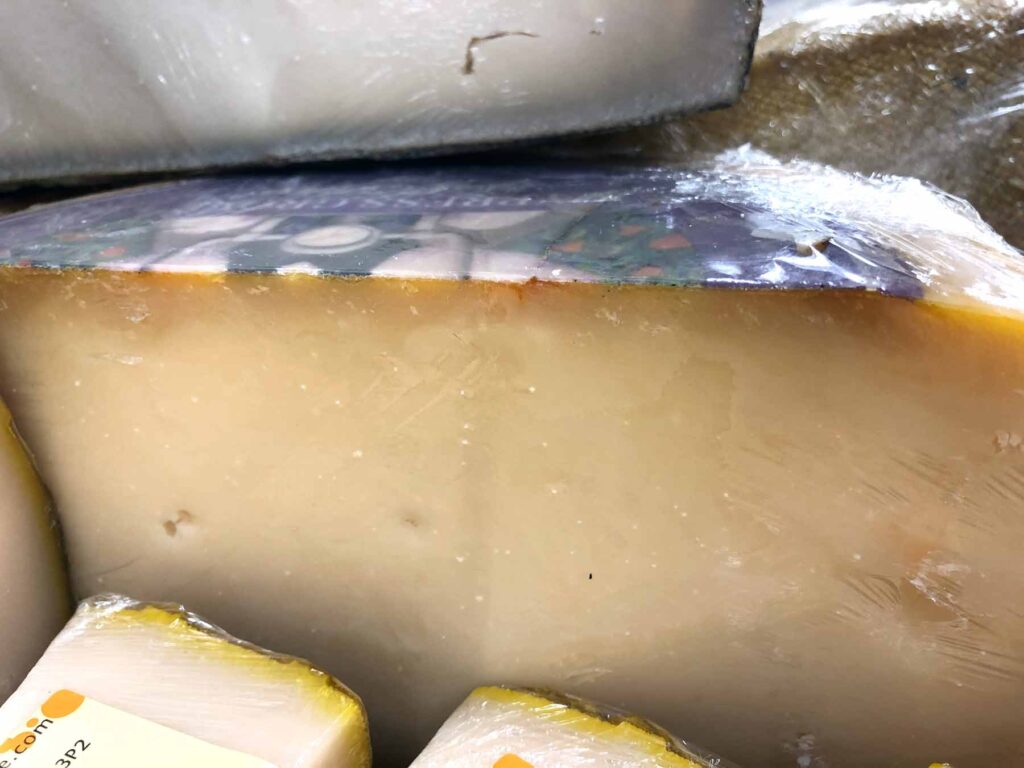 This web site generates income from affiliated links and ads at no cost to you to fund continued research · Information on this site is Copyright © 2022· Feel free to cite correctly, but copying whole pages for your website is content theft and will be DCMA'd.
Tagged With: American Cheeses, American Food