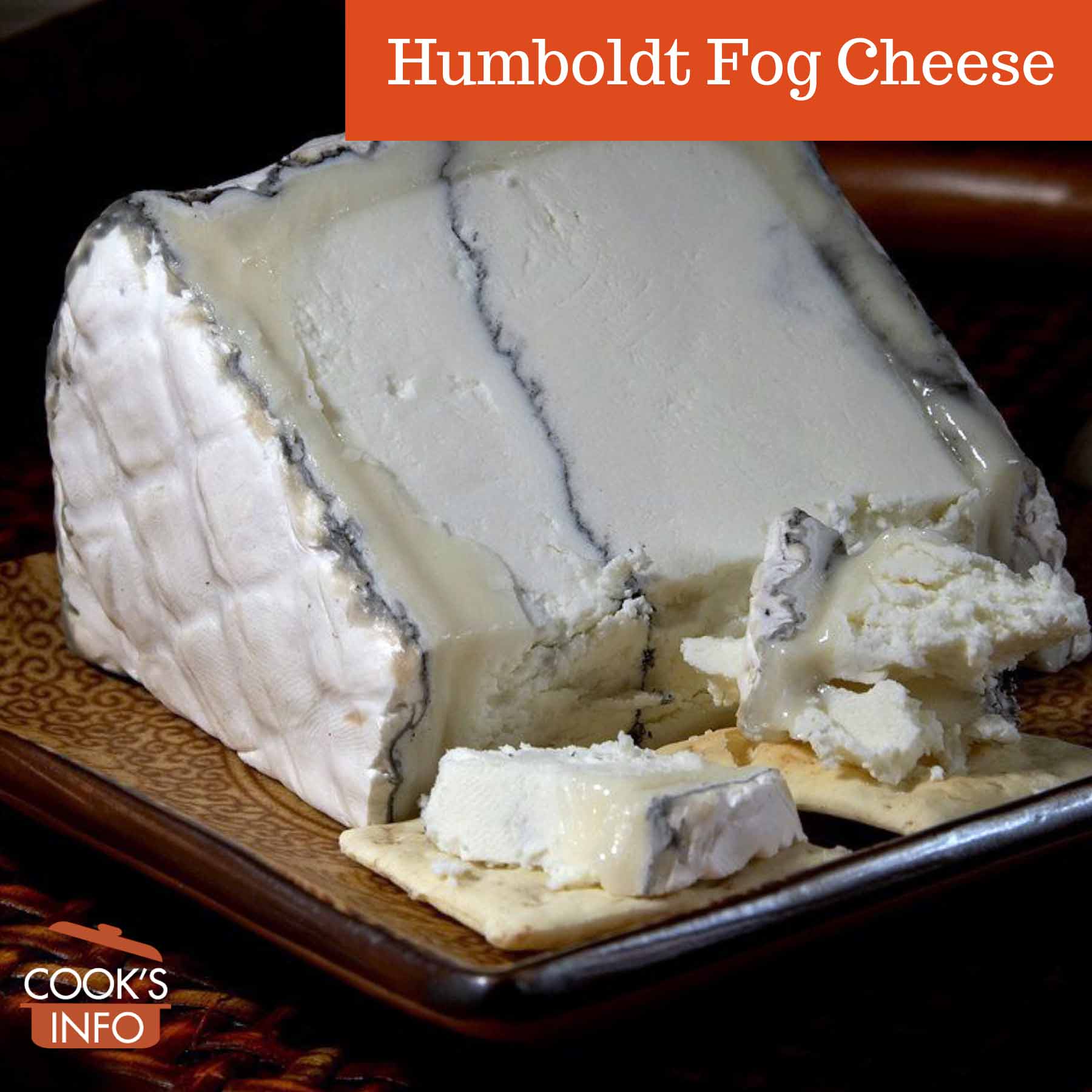 Humboldt Fog is a goat’s milk cheese that uses ash both as a top covering and as a layer through the middle.

The use of ash in cheese is also found in traditional French cheeses such as Pavé Blésois and Morbier.

Humboldt Fog Cheese is made by the Cypress Grove Chevre company in McKinleyville, Humboldt County, California. The company gets its milk from nearby farms.

To make the Humboldt Fog Cheese, the milk is pasteurized, then coagulated with lactic acid and vegetable enzyme and allowed to curdle overnight.

Cheese moulds are half-filled with curd, then sprinkled with a thin layer of salt and white-pine ash, and filled with curd and allowed to drain and dry. The cheese is then coated on the top with more ash, and a cheese culture is injected.

The rind of Humboldt Fog Cheese develops a white-velvet like mould over the ash. Like Brie, the cheese matures from the outside in. Under the rind, it gets creamy while remaining dense at the centre.

Humboldt Fog Cheese is made in two sizes:

The small sizes are allowed to mature 3 weeks; the larger ones for a minimum of 4 weeks. As the larger size ages past 2 months the cheese will start to ooze under the rind, and the flavour gets stronger.

Humboldt Fog Cheese was created in approximately 1992 by Mary Keehn.

Humboldt Fog was awarded first prize in 2002 by the American Cheese Society in Washington for “American Original Cheese.”

Humboldt Fog Cheese is named for the way it reminds one, reputedly, of morning fog in northern California. 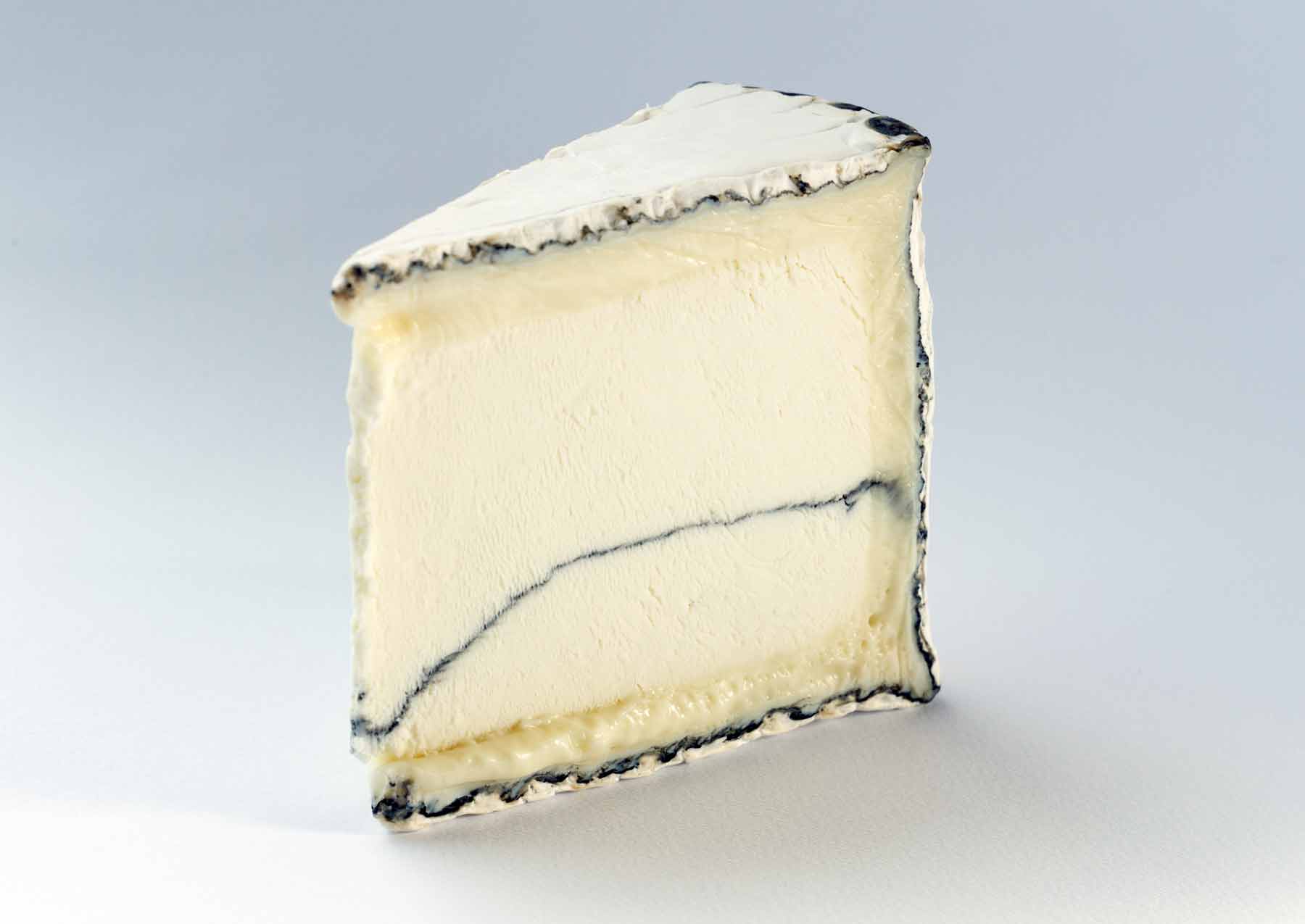 This web site generates income from affiliated links and ads at no cost to you to fund continued research · Information on this site is Copyright © 2022· Feel free to cite correctly, but copying whole pages for your website is content theft and will be DCMA'd.
Tagged With: American Cheeses, Goat's Milk Cheeses