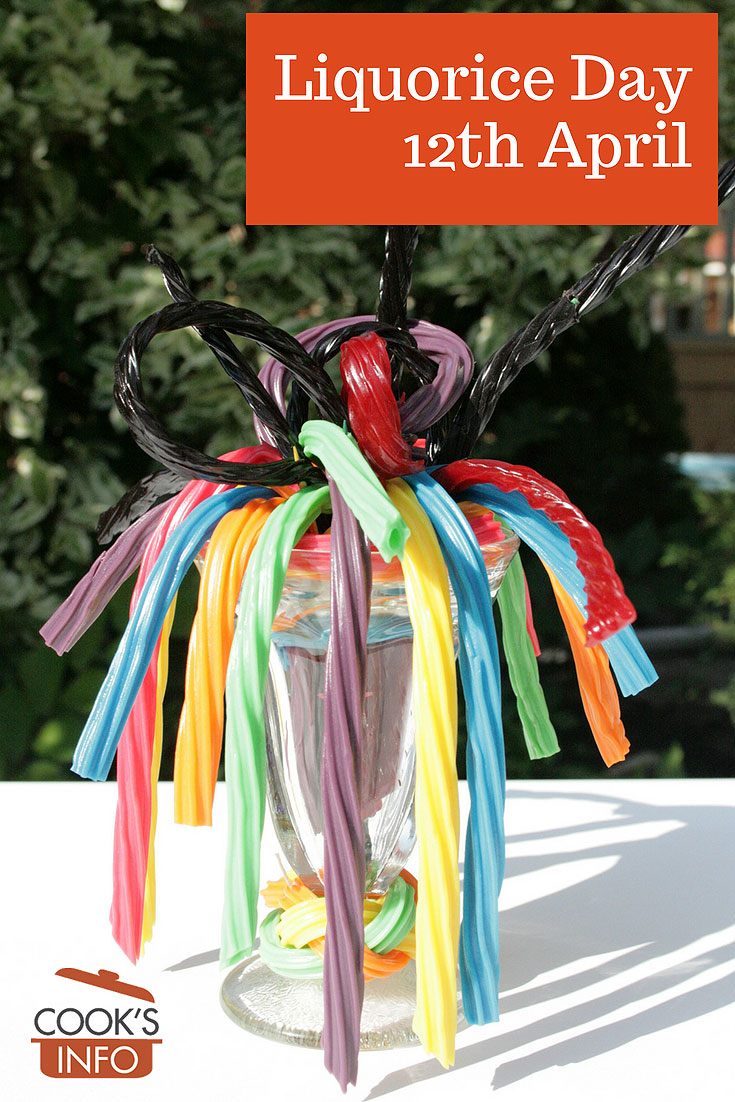 Liquorice Day is the 12th of April.

It is sponsored by the company called “Licorice International” as a way to promote true liquorice (much liquorice made today is actually flavoured with anise, as opposed to liquorice root.)

Pick up or order some liquorice today for a friend that you know is a liquorice lover (though not everyone is, so make sure you know first — some people are the types who leave all the black liquorice-flavoured jelly beans in the bowl.)

Learn about the difference between liquorice and anise, and why “red liquorice” isn’t actually liquorice at all.

In Denmark, liquorice (called “lakrids”) is very popular. The preference there is for salty liquorice, which is made by adding ammonium chloride to the mixture.

And adults, remember: if you aren’t much for candy, there are always liquorice-flavoured adult beverages such as Anissette, Herbsaint, Pastis, Sambuca, etc.

The earliest print mention of a Liqourice Day in April that CooksInfo has seen dates from 2004 in Oklahoma:

“Licorice fans rejoice. Now you have one day officially set aside to celebrate the attributes of licorice. Licorice International, which offers the largest choice of licorice in the United States, has teamed with the National Confectioners Association to designed April 12 as National Licorice Day. The Lincoln, Nebraska-based company has nearly 100 types of licorice available online at www.licoriceinternational.com. The choices include salt licorice from Holland and even a sugarless licorice.” — Dowell, Sharon. Natural food store to open in Quail Springs. Savor the taste of licorice. Oklahoma City, Oklahoma: The Daily Oklahoman. Wednesday, 24 March 2004. Page 3D, col. 1. 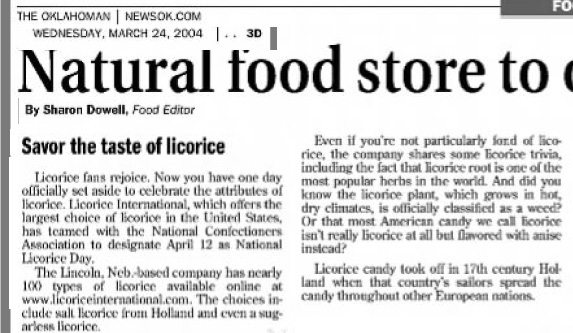