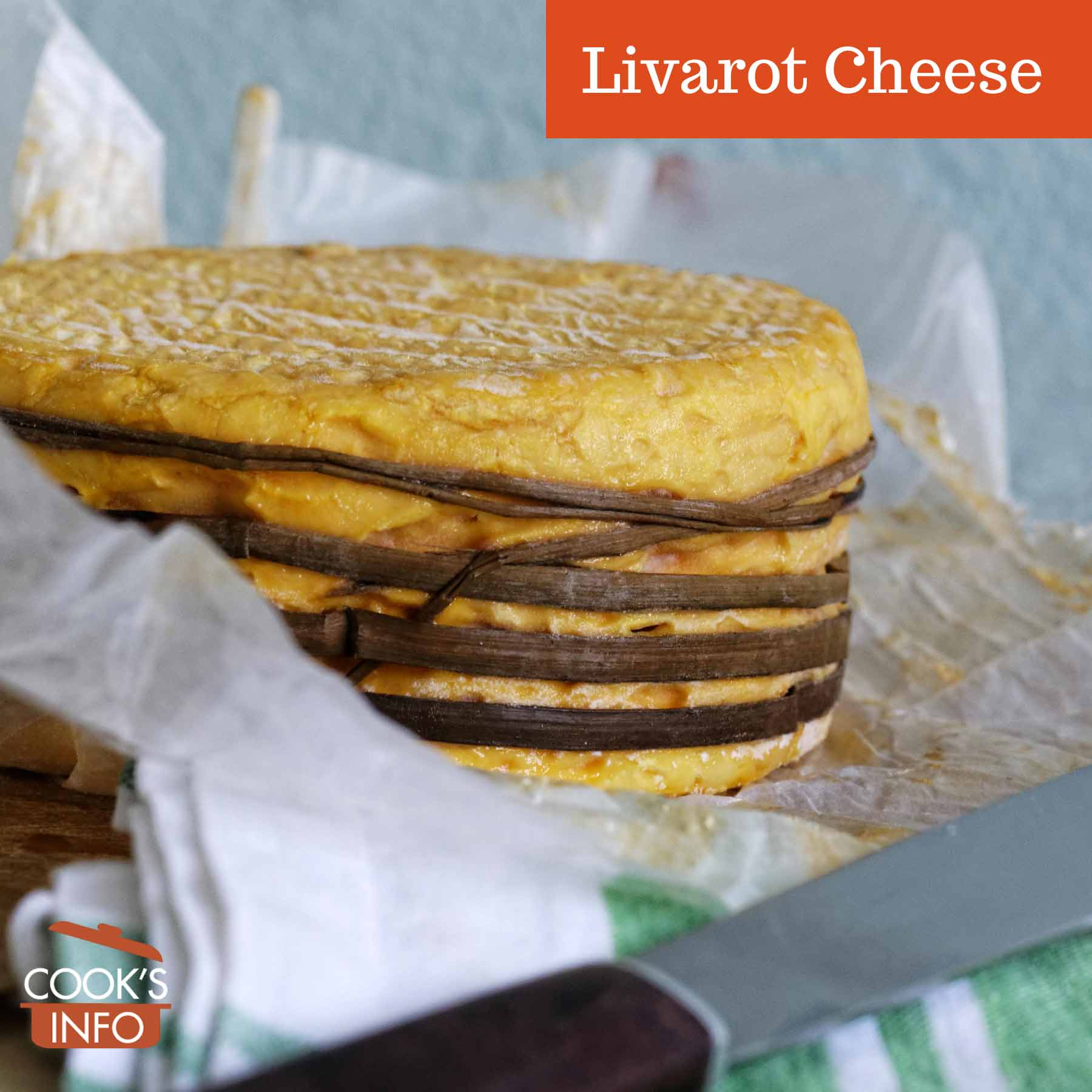 Livarot is a soft, creamy cheese with a washed, yellow-orange rind. The rind can be eaten; most of the strong flavour is in the rind.

It is made around Livarot in the Auge valley, Normandy, France. Most production is industrial now. One of the leading producers is the firm of Eugène Graindorge, started in 1910, in Livarot itself.

The cheese is sold bound on its sides by 5 bands of paper (the bands used to be greenish rush leaves.)

Livarot Cheese is made from raw milk from cow’s; in fact, by regulation, the milk must not be heated above 37 C (98.6 F).

Some of the yellow-orange colouring on the rind crust comes from a bacteria called “Bacteria linens“, but to reinforce the colour, the final wash is done with water coloured with annatto.

If a Livarot Cheese is so ripe that it smells like ammonia, it is past it. Discard. 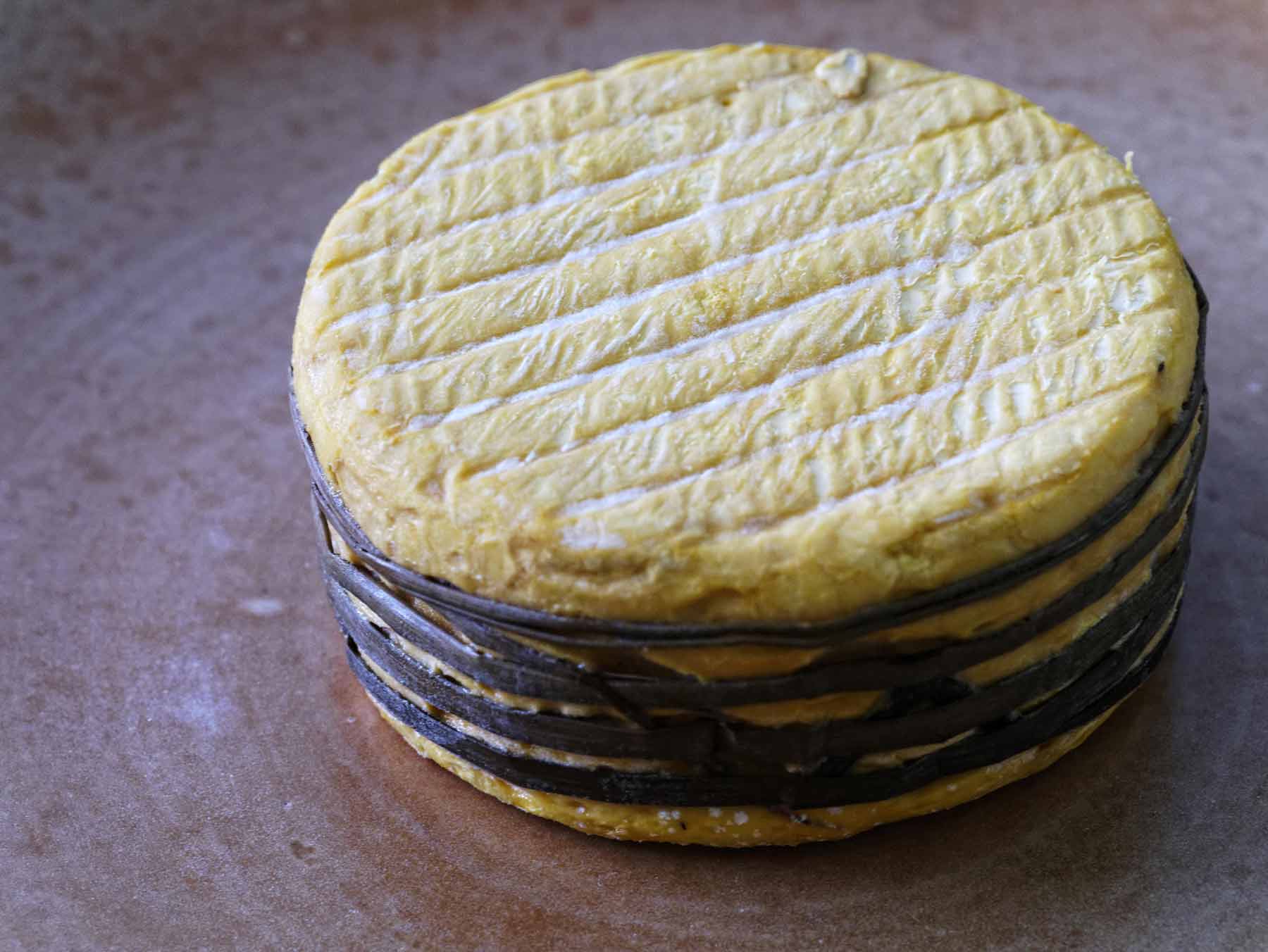 Some think that Livarot is the cheese that was called “Angelot” in the 1200s. Some date it back to the late 1600s.

It was described in print in 1708 by Thomas Corneille. The cheese was definitely known by the name “Livarot” at the end of the 1800s.

Traditionally, the cheese was just 10 to 15% butterfat, but the butterfat content was raised in the mid-1900s. The paper binding (originally rush leaves) is now an anachronism; it was originally meant to reinforce the lower-fat version of the cheese which had less body.

A producers’ association of Livarot Cheese was formed in April 1970. The cheese received its French AOC 1975.

Owing to the colour of Livarot Cheese and the number of bands, the cheese was dubbed in French “Le Colonel” (based on French Army uniforms.) 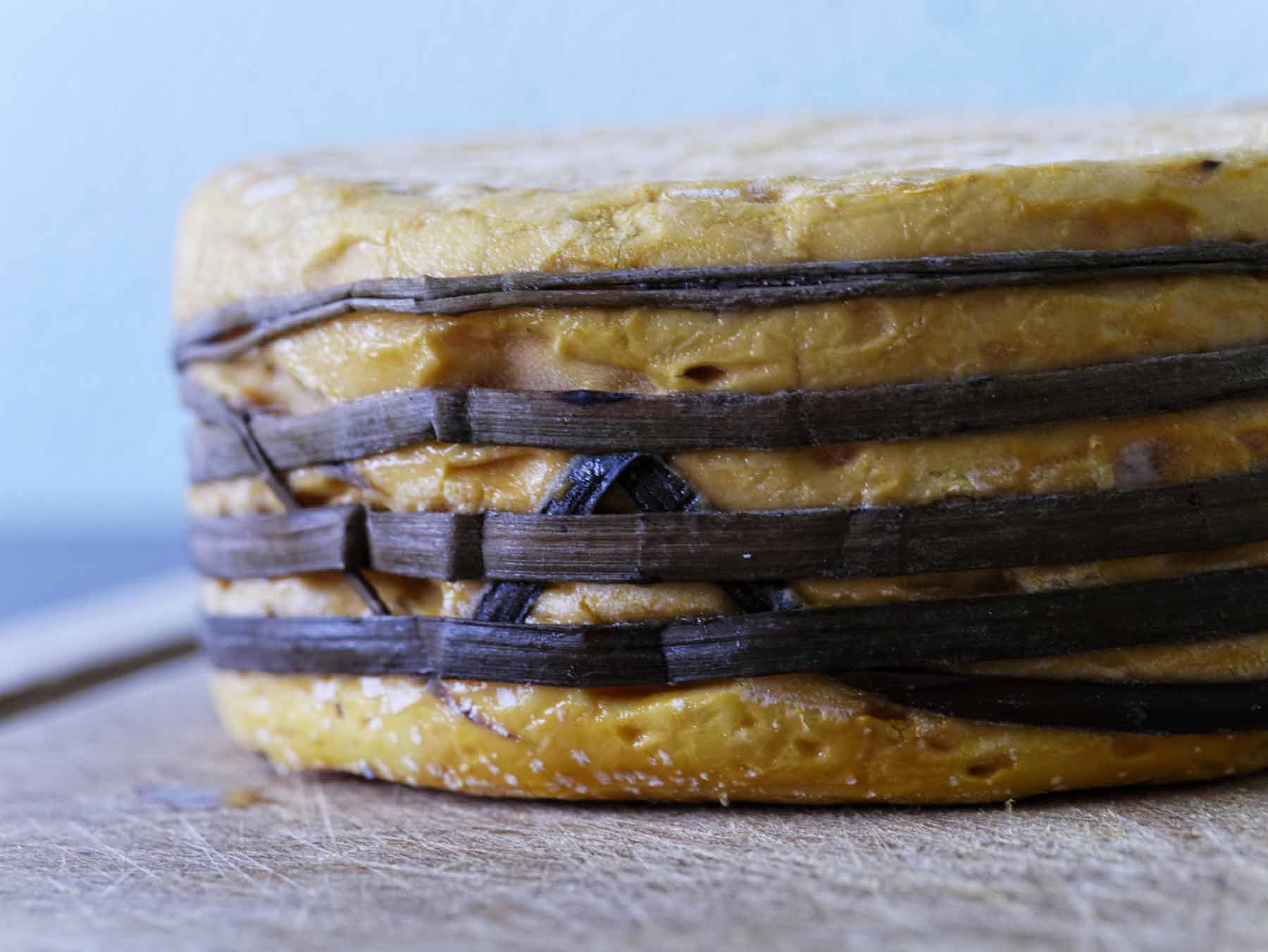 This web site generates income from affiliated links and ads at no cost to you to fund continued research · Information on this site is Copyright © 2022· Feel free to cite correctly, but copying whole pages for your website is content theft and will be DCMA'd.
Tagged With: French Cheeses, Normandy Food