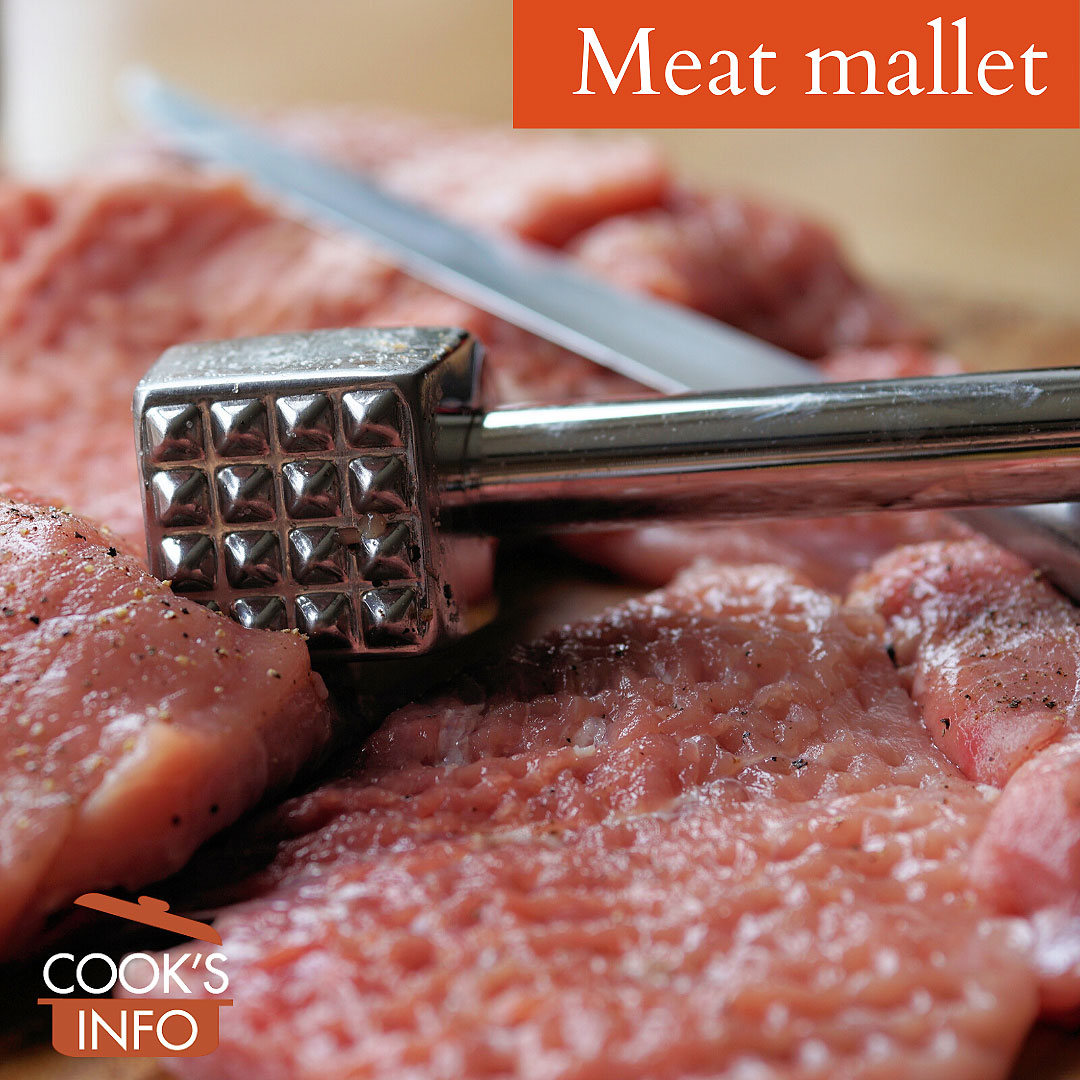 Meat mallets are used to flatten and tenderize meat.

They look somewhat like a hammer, except that the end is rectangular, is much larger than a hammer head, and has a very flat striking surface on one end of it, and protuberances or small spiked-dimples on the other end. The flat side of the head is used for flattening; the dimpled side is used to tenderize meat by breaking up its connective tissues.

With a mallet, you can make meat flatter so that all pieces are more even and cook at more or less the same rate. They are also good for people who like steak well done: with the steak being flatter, it’s easier for them to ensure that the centre can be well-cooked.

Mallets are used on pieces of meat, not whole joints.

Mallets may be made of wood, either with a rubber head, or with the head being wood as well, with the business ends of the head being metal. They can also be made entirely of metal, or of colourful, hardened plastic.

Some will have a hole in the end of the handle for passing a string through to hang them from.

Not all are dishwasher safe.

Mallets can also be used to crack shells of seafood such as crab and lobster claws, for cracking nuts, and for pounding things such as crackers, cookies and potato chips into crumbs.

Mallets need to be used with a chopping board that can stand up to the bashing: don’t use on glass boards.

When pounding meat, start from the centre and work outwards.

Some people just reach for a rolling pin or their trusty cast iron frying pan. 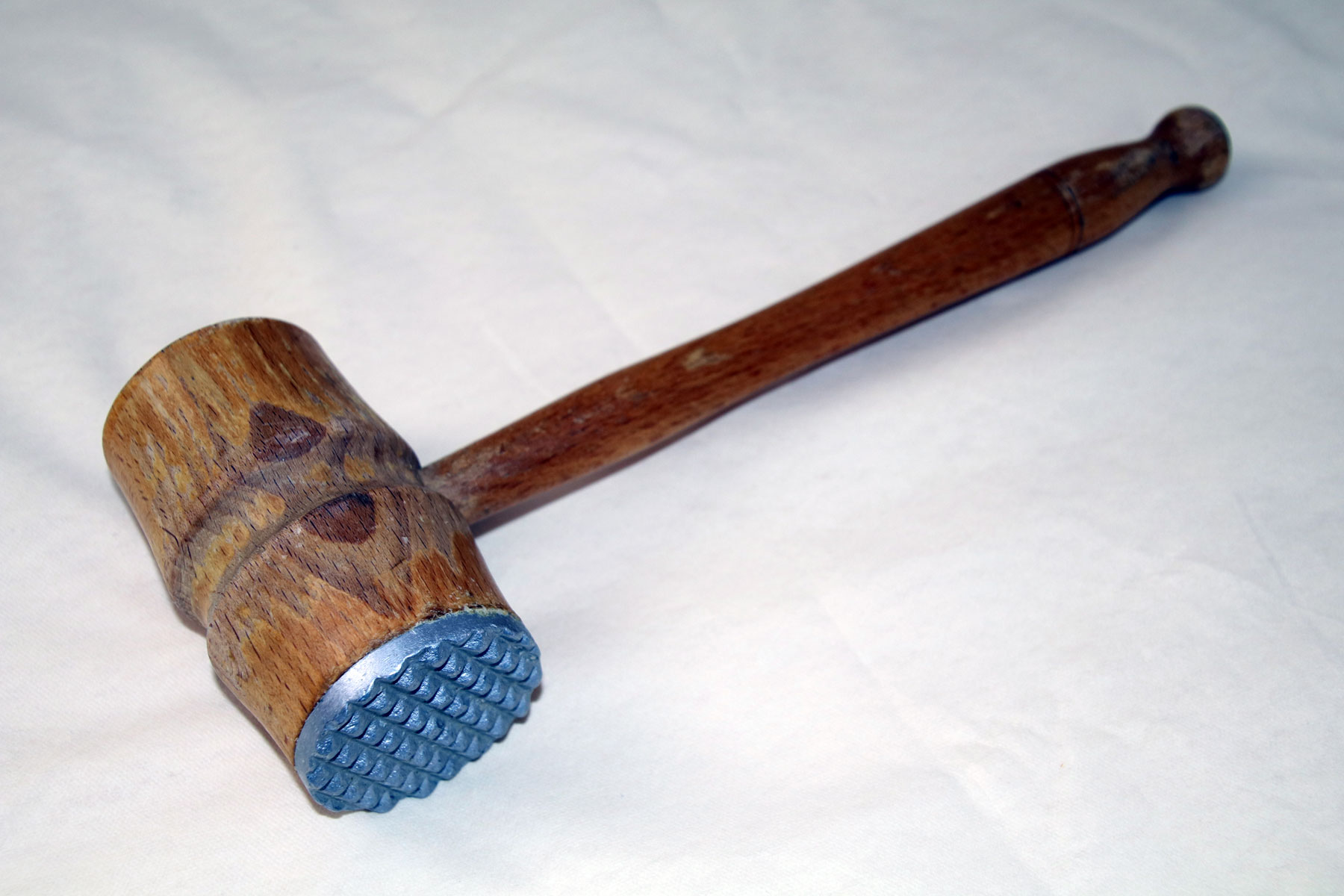 This web site generates income from affiliated links and ads at no cost to you to fund continued research · Information on this site is Copyright © 2023· Feel free to cite correctly, but copying whole pages for your website is content theft and will be DCMA'd.
Tagged With: Meat Cooking Tools, Steak, Treen