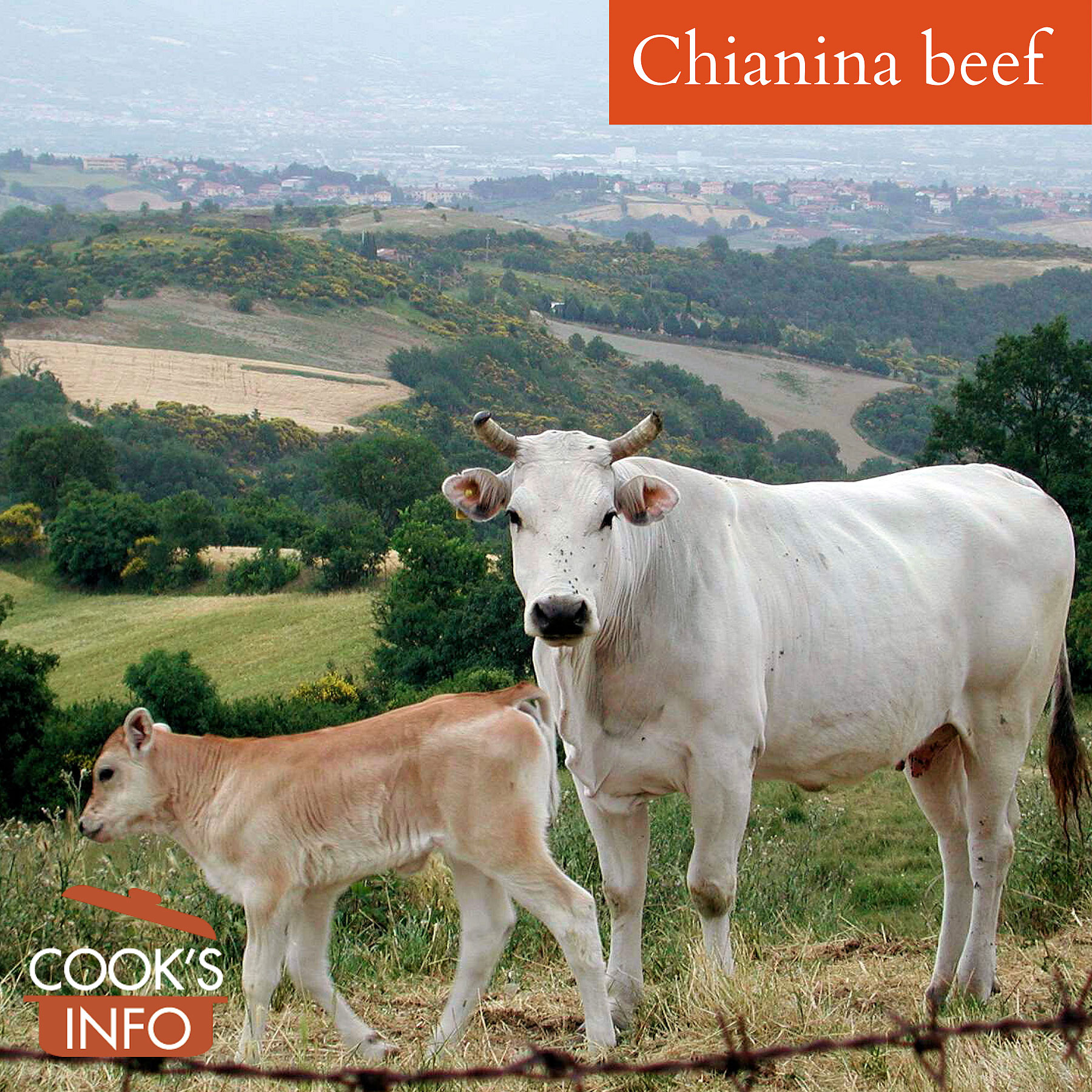 Chianina beef comes from a breed of cattle from the provinces of Arezzo and Siena in the region of Tuscany, Italy.

These cattle have short hair on them which is usually white, but can be steel grey.

The size of the cows varies from area to area. They are very stocky, and have almost no neck, but have a hump behind their heads. Chianina have longer legs than most other cattle.

The males have short horns that curve forward. The horns start off black when the animals are young, but the black fades as they get older. The females don’t give a lot of milk, and have small udders.

Chianina were bred as they were good working animals in the fields — gentle, good tempered and very muscular.

For beef, both bulls and cows are usually slaughtered between 12 and 24 months old. For veal, they are slaughtered at 18 months.

The production of Chianina beef is controlled under the European PGI classification of “Vitellone Bianco dell’Appenino Centrale” (“White Veal of the Central Appennines.”) The classification also protects Marchigiana and Romagnola breeds of cattle as well. The classification is administered by the CCBI Association (“Consorzio Produttori Carne Bovina Pregiata delle Razze Italiane.”) To ensure authenticity, newborns have to be registered with the association, and meat from them has to be certified. Packaging of the meat can only take place in authorized places. Each package will have a number on it representing the animal the meat came from.

Meat from Chianina cattle is the preferred beef when making bistecca all fiorentina.

Chianina cattle date from the Romans (we actually know this for sure; the cattle were even depicted in sculptures.) They weren’t used primarily for food, but rather as oxen to pull things. Because they were white, Romans also used them to pull things in parades, and as sacrifices to the gods. 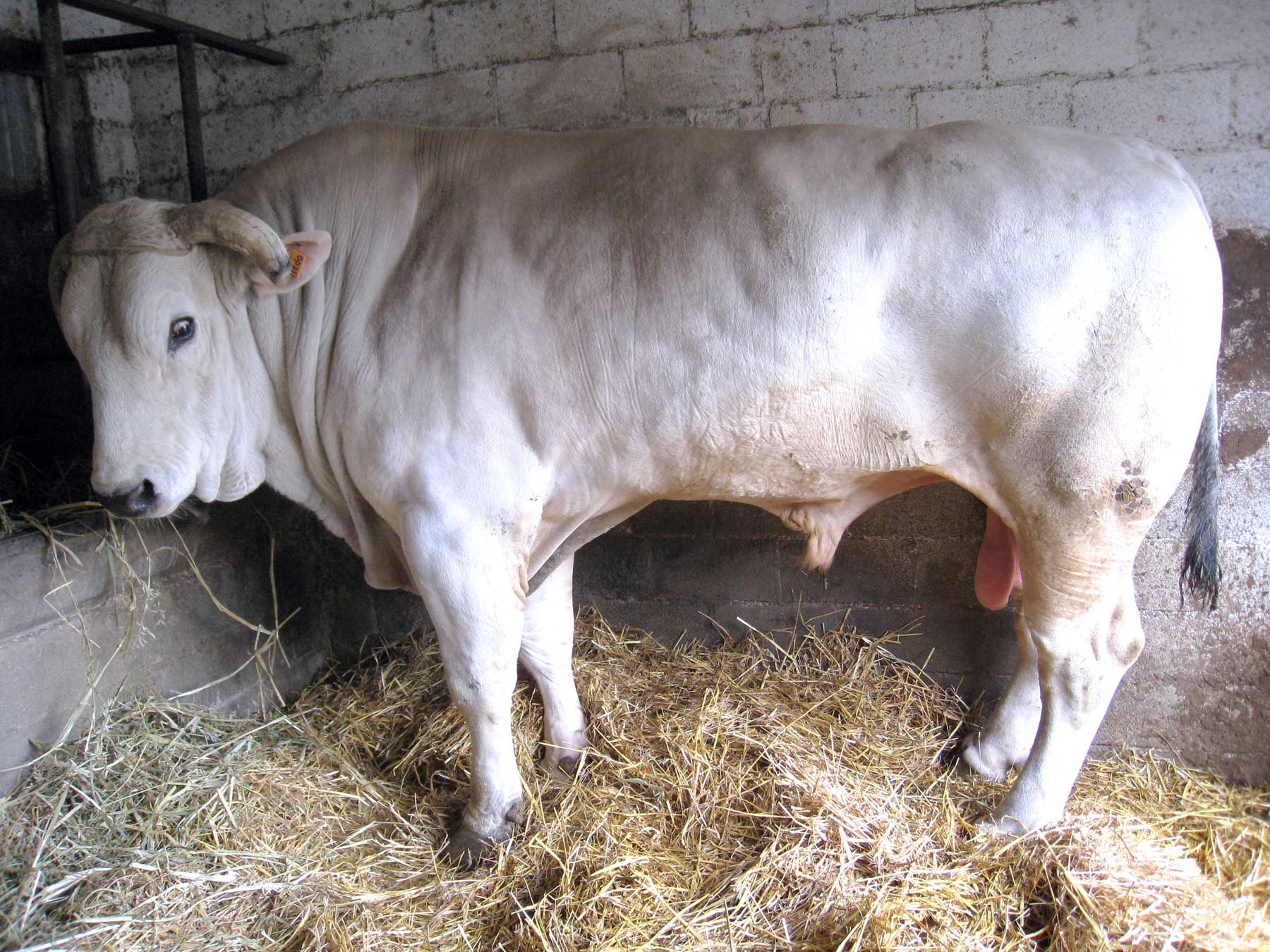 This web site generates income from affiliated links and ads at no cost to you to fund continued research · Information on this site is Copyright © 2022· Feel free to cite correctly, but copying whole pages for your website is content theft and will be DCMA'd.
Tagged With: Beef, Tuscan Food