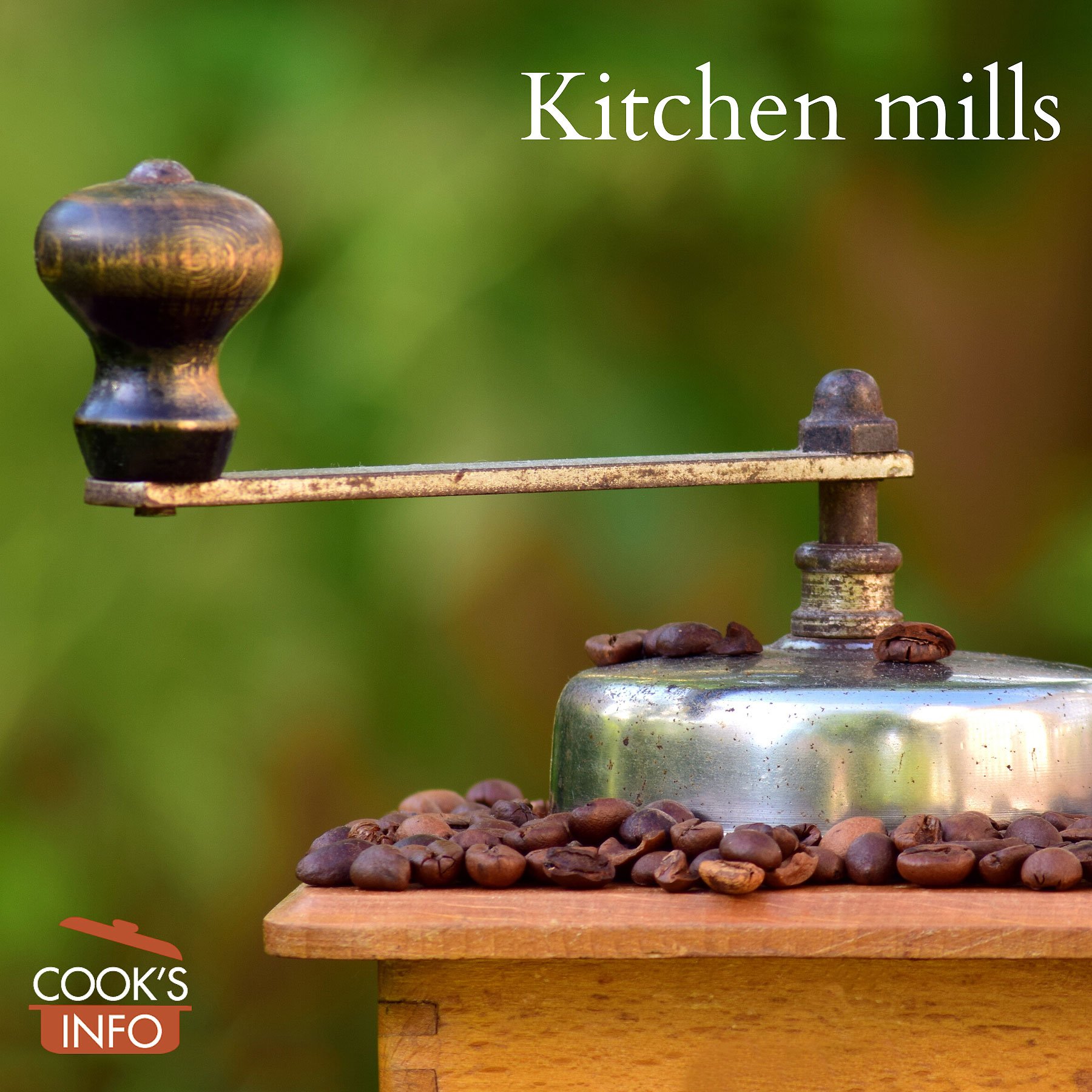 In a kitchen, small mills are tools used for grinding, crushing, powdering or pulverizing.

Historically much more milling of food stuffs would have happened in the home, but the need for this has lessened as many ingredients can now be purchased already ground to save the cook time and labour.

In broader culinary terms, a mill can be an entire building: for instance, one outfitted with machinery to grind grain into flour. These mills could be operated by water or wind, or powered by animals or humans. Other food related industrial mills include cider mills, oil mills, starch mills and sugar mills.

Mills are used with solid materials. The materials can be dry, such as grains or seeds, or they can be moist materials such as tomatoes or other fresh produce.

The force of the pressure in milling breaks up the structure of the solid material, reducing it to much smaller pieces. The volume of the material may change, but the weight of it (unless sieving or straining happens at the same time or after, as is sometimes indeed the case) would stay roughly the same. When sieving or straining is built into a milling tool, it can be difficult to know whether to class such a hybrid device as a mill or a sieve. In these instances, we have let common parlance dictate the classification (e.g. “food mills” despite their straining screens have been classed as mills on the basis of their name alone.)

“To mill” as a verb is to grind or crush solid materials in a mill.

The English word comes ultimately from molinum or molinus (“mill”) in Late Latin, which came from the Latin verb “molo / molere” (to grind, to mill.)

There many different types of mills for home use. They will be either manually operated (via a crank, for example) or electrically operated. 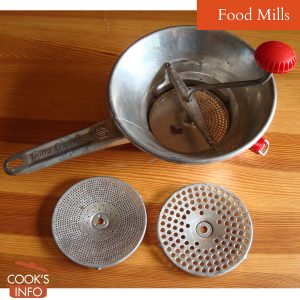 A food mill is a tool that you use to both purée and strain soft or already-cooked foods. There are both manual and electric models available. 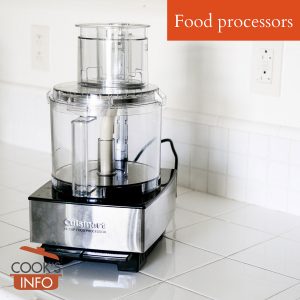 Julia Child said the food processor was one of the two tools that most revolutionized work in the kitchen in the 20th century. Still, many food processors languish in bottom cupboards, never used. The first food processors did not have pulse buttons.

A mortar and pestle is a heavy bowl that comes with a short, blunt, thick stick that looks like a miniature baseball bat. It is a multipurpose tool used for grinding, crush and puréeing, and for making pastes and powders. 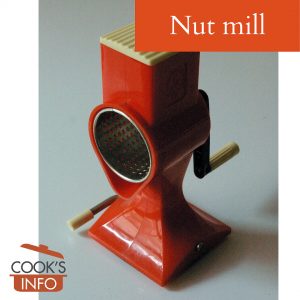 A nut mill is used to grind shelled nuts into a meal or flour. 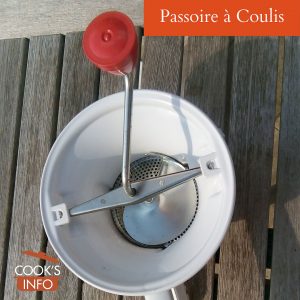 A passoire à coulis is a bowl-shaped mesh metal strainer with a support handle on one end. In function, it is halfway between a strainer and a food mill. 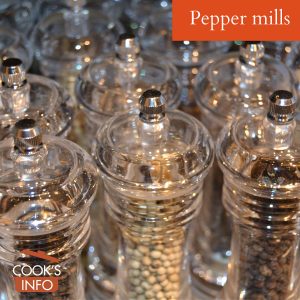 Pepper mills are tools for converting small quantities of whole peppercorns to ground pepper as needed, on the fly. There are many different designs. 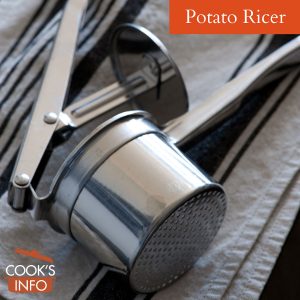 A potato ricer is a tool used to transform cooked potatoes into strands. 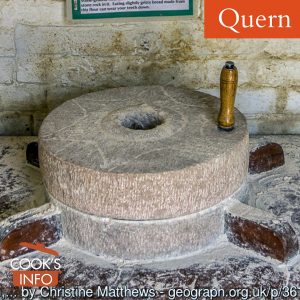 A quern produced meals and flours by grinding grain between two stones. For those who rush to romanticize stone-ground flours, archaeologists have studied the graves of people who consumed these quern-ground products and found that much fine stone dust... 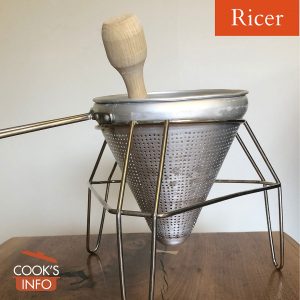 A ricer is a device with small holes in it through which you press soft foods. The process leaves skin and seeds behind. 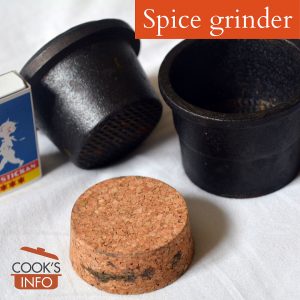