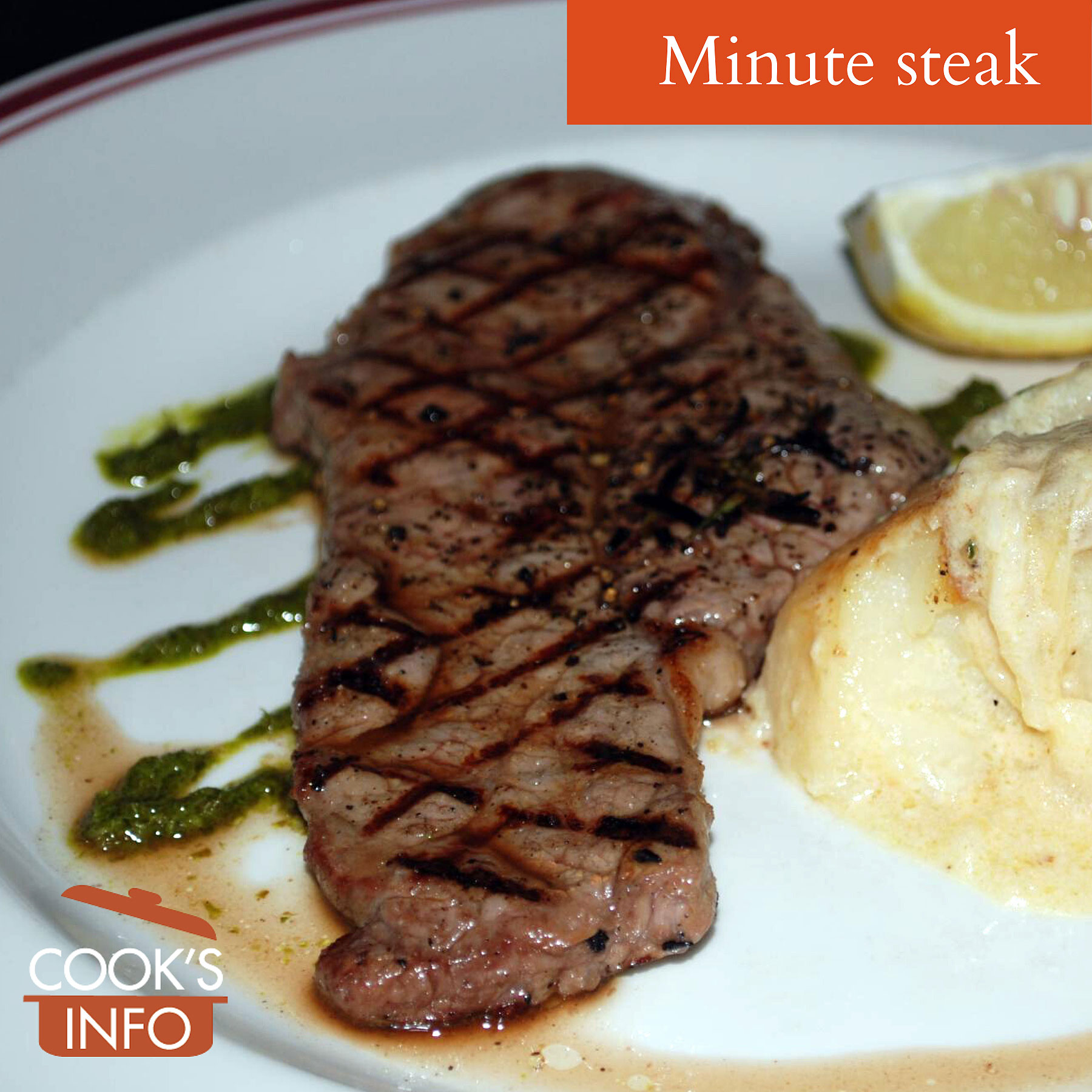 It is cut from beef that would normally be quite chewy, such as that from the tougher area of the sirloin or from the eye of round.

The thinness makes it easier to chew, which makes the meat seem more tender. The steaks are always boneless.

The American food writer James Beard noted that even though the steaks are supposed to be quite thin, there has been “feature creep” in the interpretation of this:

“As it is cut now, minute steak is neither minute nor capable of being cooked in a minute. It is, however, a small steak, usually about 6 ounces [170 g] in weight, and a favorite with dieters and those with modest appetites. It is cut from the strip or from the sirloin and has no fixed shape. It can be treated like the more impressive steaks and served with the same sauces and accompaniments, but is really best served quite plain, with little to enhance it other than salt and pepper.” [1]Beard, James. American Cookery. Boston, MA: Little, Brown and Company. 1972. Page 261.

This is sometimes mistakenly called a cube steak. The confusion has been around so long that it is probably past fixing.

The steak needs to be cooked quite quickly — usually about 1 minute per side. Cooking any longer negates the attempts at tenderness and converts the steak into shoe leather.

The steak gets its name from the cooking time theoretically required.