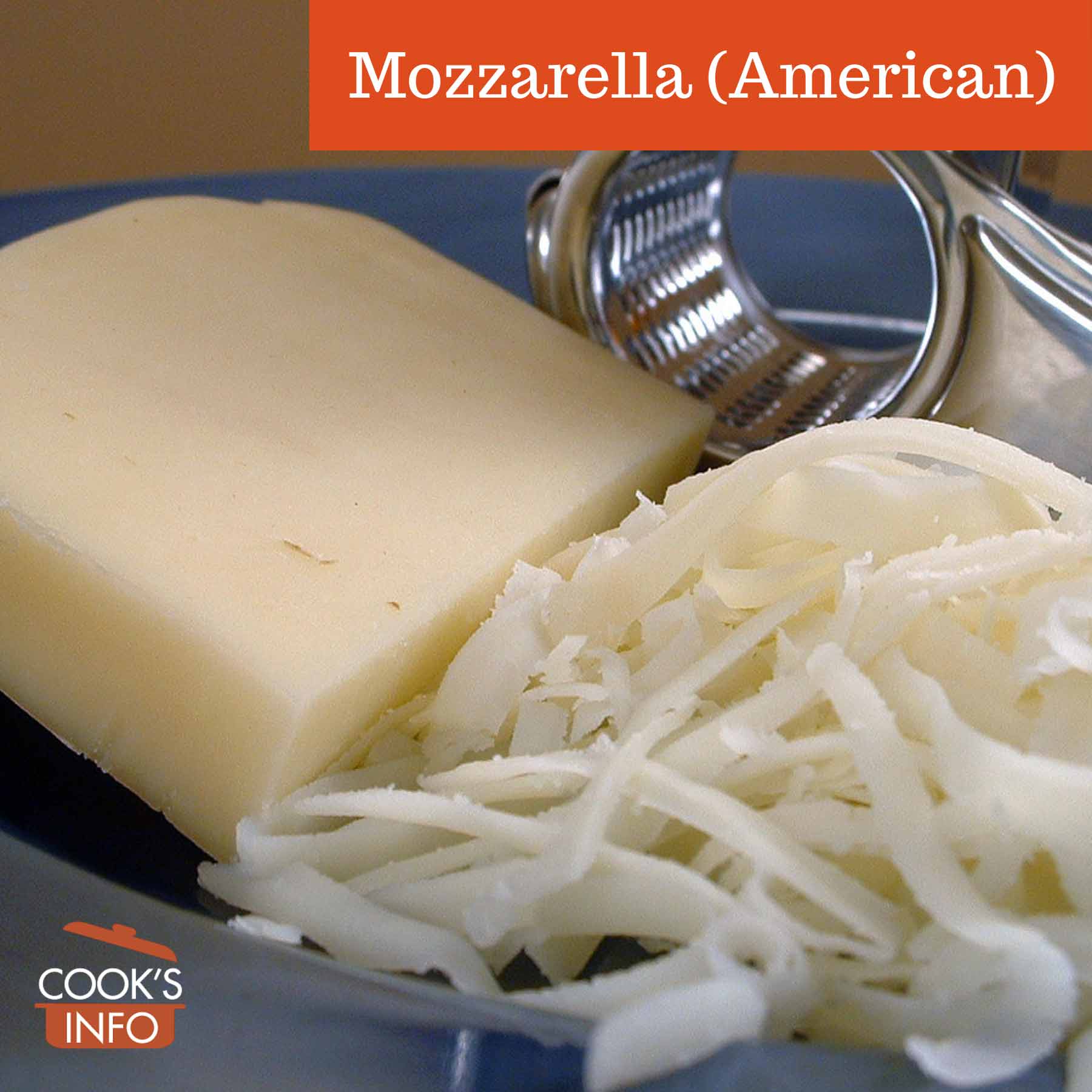 American-style mozzarella comes in blocks or pre-shredded bags, looks like a pale yellow cheddar and has a rubbery texture.

It looks like provolone, and is actually more similar to scamorza cheese than it is to genuine Italian mozzarella.

Though it can be eaten fresh in theory, it is almost always used as a cooking cheese, in particular as a pizza topping.

Use the American-style mozzarella for cooking.

American-style mozzarella freezes well for use in cooking later.

You can shred it first, pack it into freezer bags, and then freeze. As it freezes, you may want to massage the bag to help avoid it freezing in one big lump (or, freeze it first on a cooking sheet, if your freezer has room for this).

Over time, though, it may form one big lump anyway. Use a serrated-edge knife such as a bread knife to saw off a portion that you want to use, and put the rest back in the freezer. Let the portion you cut off thaw a bit for a few minutes, then crumble it by hand.

It is fine for most cooking applications to use the shreds still partially or mostly frozen. 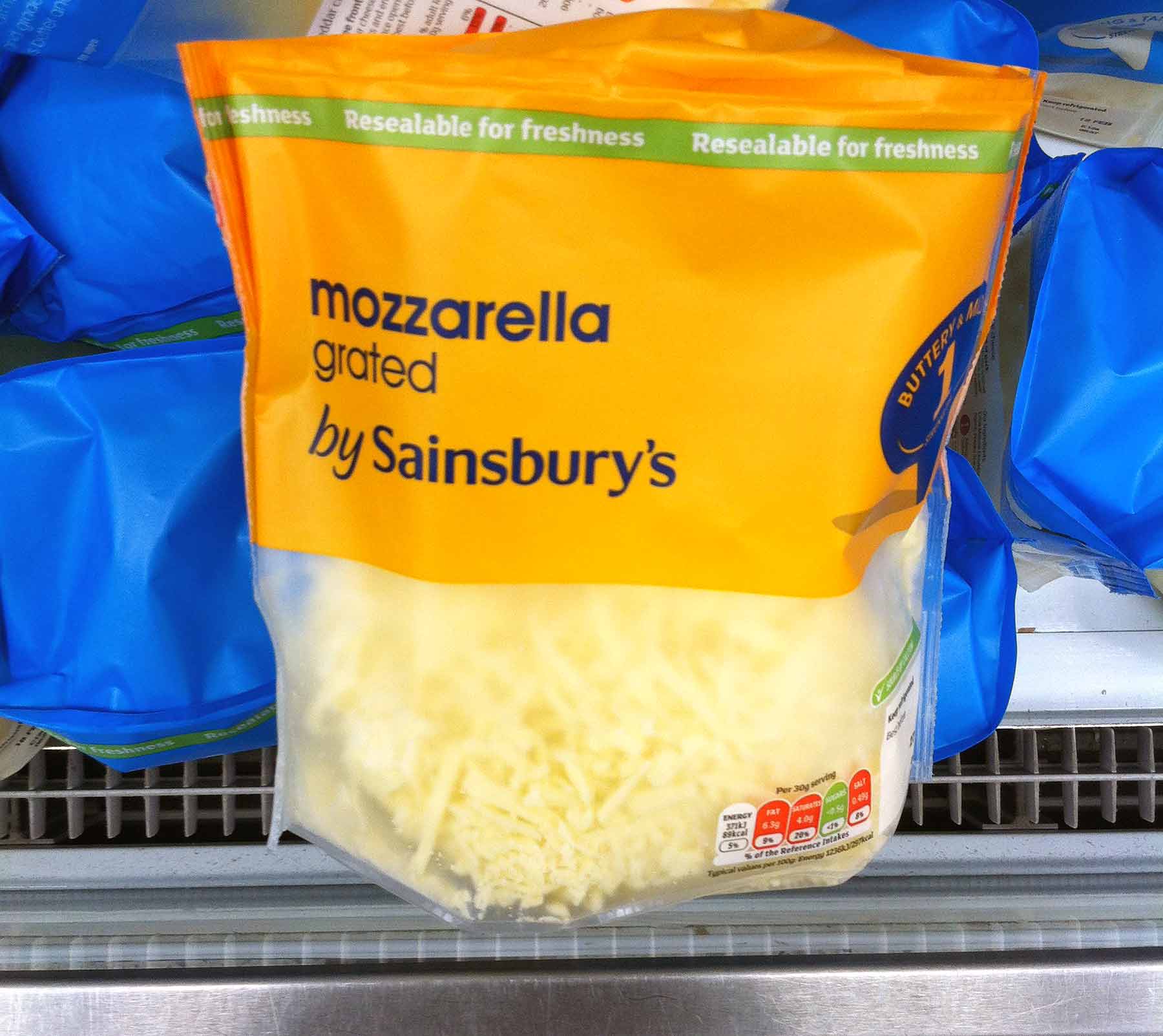 Bag of pre-grated American-style mozzarella at supermarket in England. © CooksInfo / 2017

This web site generates income from affiliated links and ads at no cost to you to fund continued research · Information on this site is Copyright © 2022· Feel free to cite correctly, but copying whole pages for your website is content theft and will be DCMA'd.
Tagged With: American Cheeses, Firm Cheeses