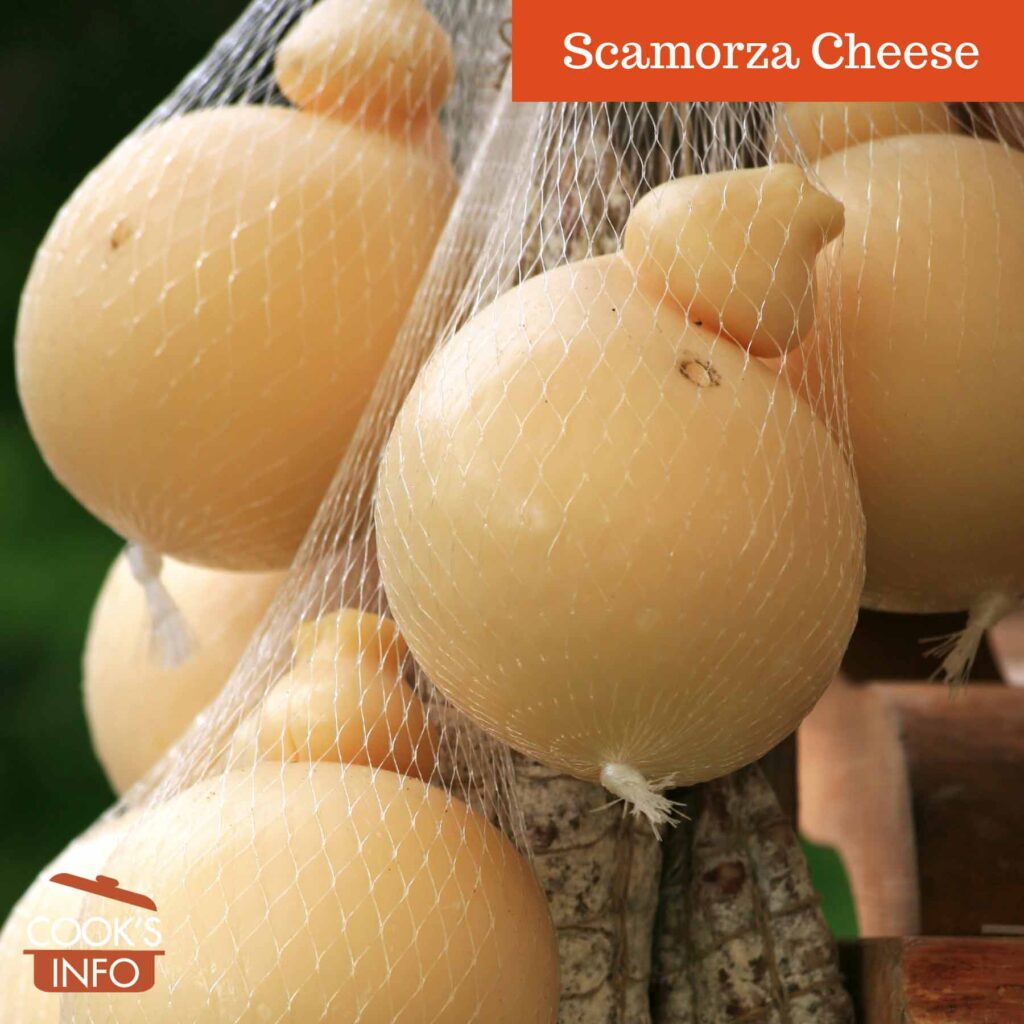 The cheese is made from pasteurized milk. The milk can be cow’s milk, or mixed cow and sheep milk. It is made like mozzarella.

Whole milk from two milkings is used, the morning and the evening. It is strained, then heated to 36 to 38 C (97 to 100 F). Starter culture and rennet are added, and it is allowed to sit for 2 to 24 hours. Then, it is worked with wooden shovels until it turns stringy, then it is shaped by hand into a large ball with a little knob added on top, making it look vaguely pear-shaped, rinsed in water, then soaked in brine for half an hour. Then the cheeses are tied together in pairs, with strings around their necks, and let age for about two weeks.

After two weeks, it can be sold, or it can be smoked. To smoke it, it is covered with a cloth and smoked lightly over smouldering straw for 10 to 15 minutes. When smoked, the thin yellowish rind becomes an orangey colour.

A fresh version of Scamorza is also made that isn’t aged. It’s sold as soon as it’s made.

The cheese is made throughout Apulia, and in some parts of Campania and Molise.

In the Foggia and Brindisi provinces of Brindisi, the cheese is called Silano, and made in a long cylinder. The cheese is also larger overall, weighing from 500 g to 2 kg (approx. 1 pound to 4 ½ pounds).

Use the fresh version as you would fresh mozzarella. Use the aged version as a grating cheese.

The word “Scamorza” comes from “capo” meaning “head” and “mozzare” meaning “to cut.” The idea is that when you go to eat it, the first thing you do is cut off the head. 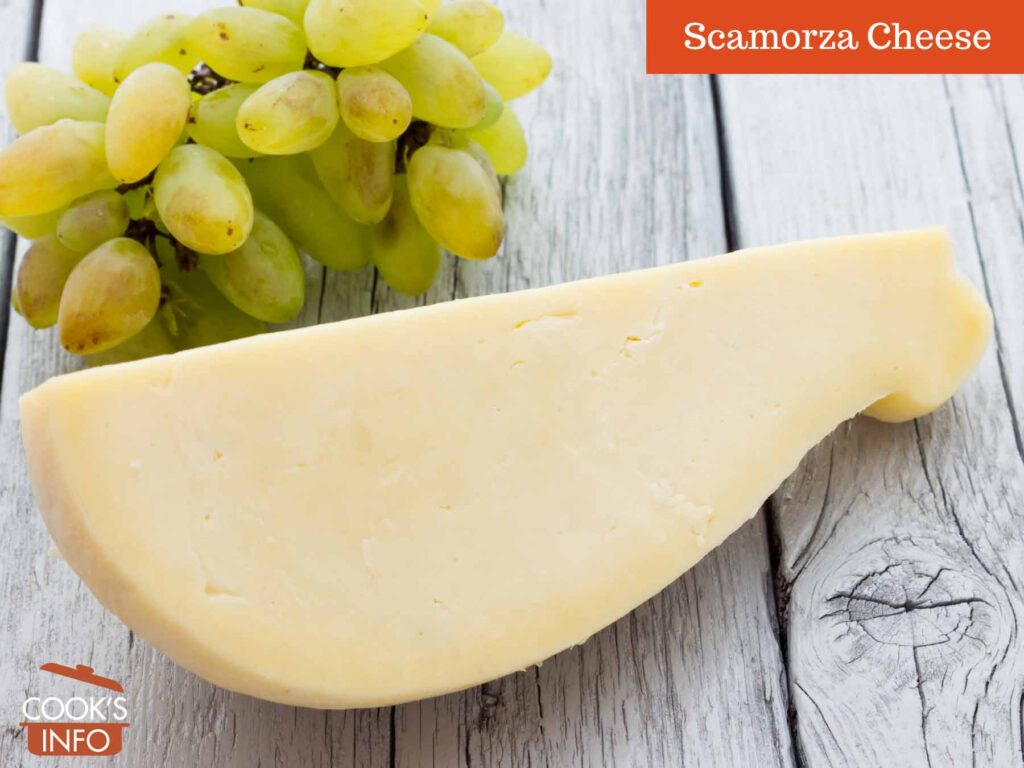 This web site generates income from affiliated links and ads at no cost to you to fund continued research · Information on this site is Copyright © 2022· Feel free to cite correctly, but copying whole pages for your website is content theft and will be DCMA'd.
Tagged With: Italian Cheeses, Italian Food