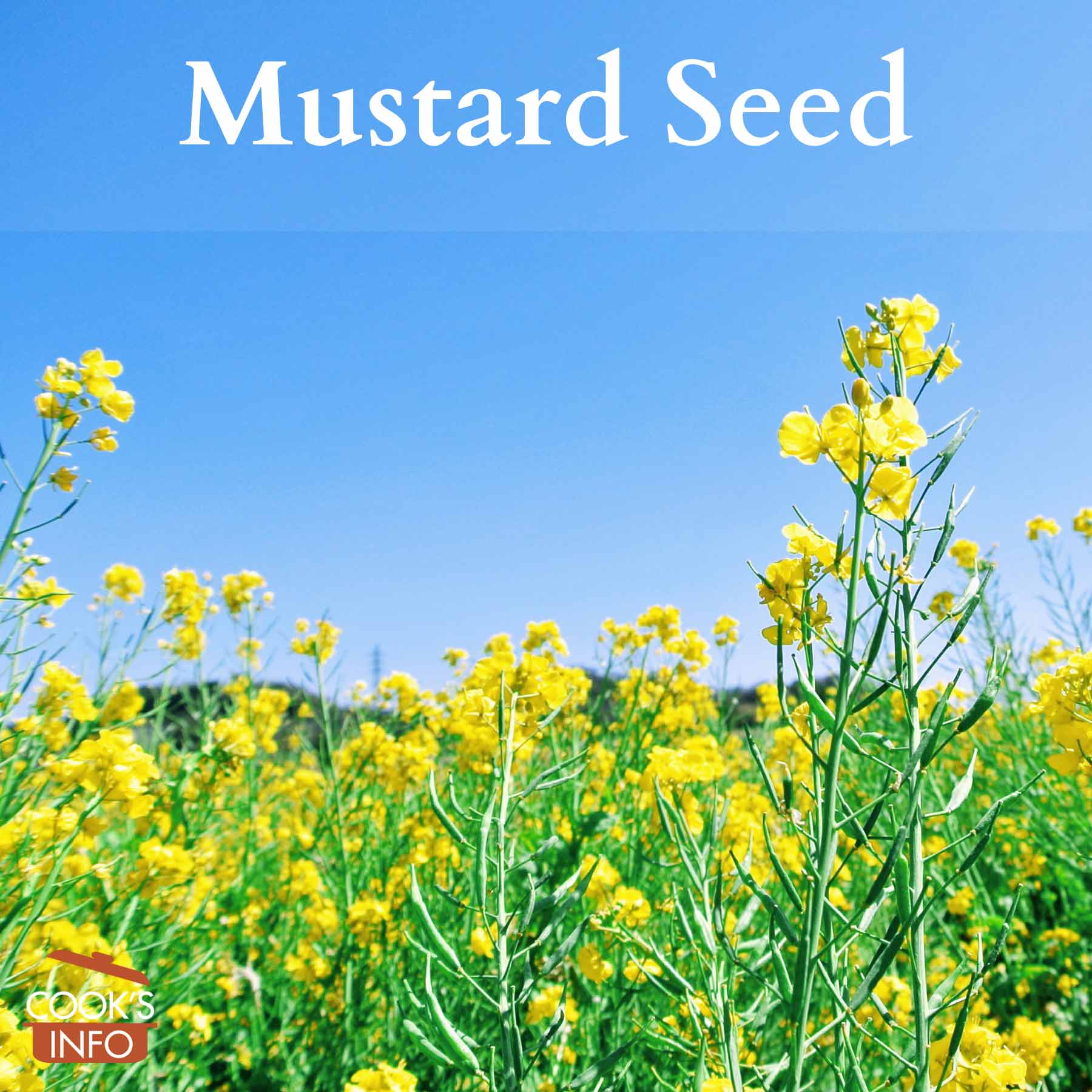 There are three kinds of mustard seed: white, brown, and black. They each have different flavours, uses and markets.

The plant that white mustard seeds come from is called “brassica alba“. It is native to the Eastern Mediterranean. It is a very prolific plant: it has escaped in many places from cultivation and now grows wild. The colour of the seed is actually tan rather than white. It is the mildest mustard seed, with no smell when ground until moistened.

In North America, the white mustard seed remains the preferred seed to make prepared mustard from. 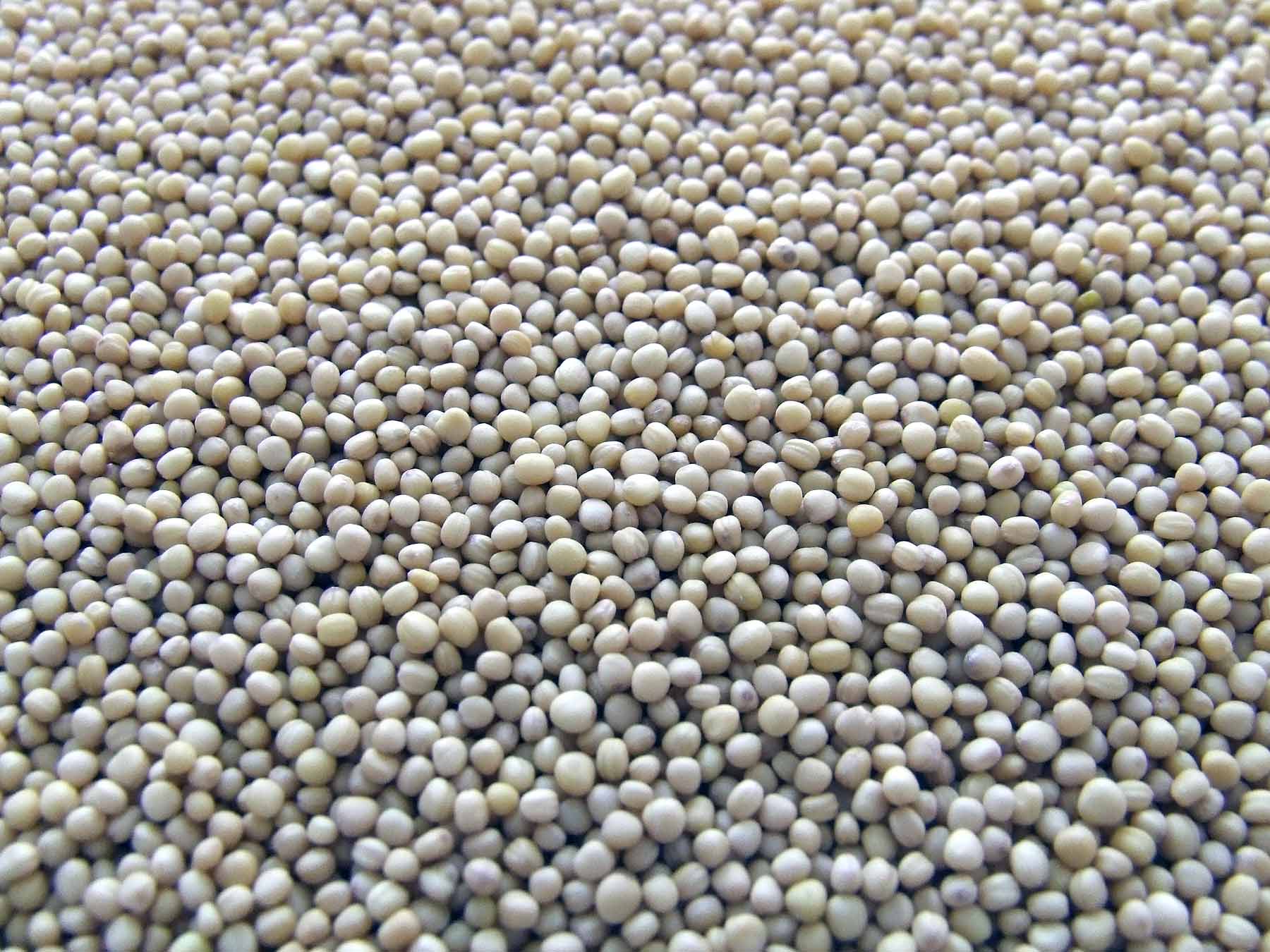 Brown mustard seeds come from the mustard plant called “brassica juncea“. The plant is native to South Asia. The brown seeds are the hottest of all mustard seeds. They are used more and more in Europe to make prepared mustard (the condiment) from, particularly in France.

In North America, the brown seed plant is used more for its leaves, which are eaten as a potherb called “mustard greens“.

In Indian cooking, the brown seeds are popped first in hot oil to bring out a nutty flavour.

These are sometimes sold mislabelled as black. 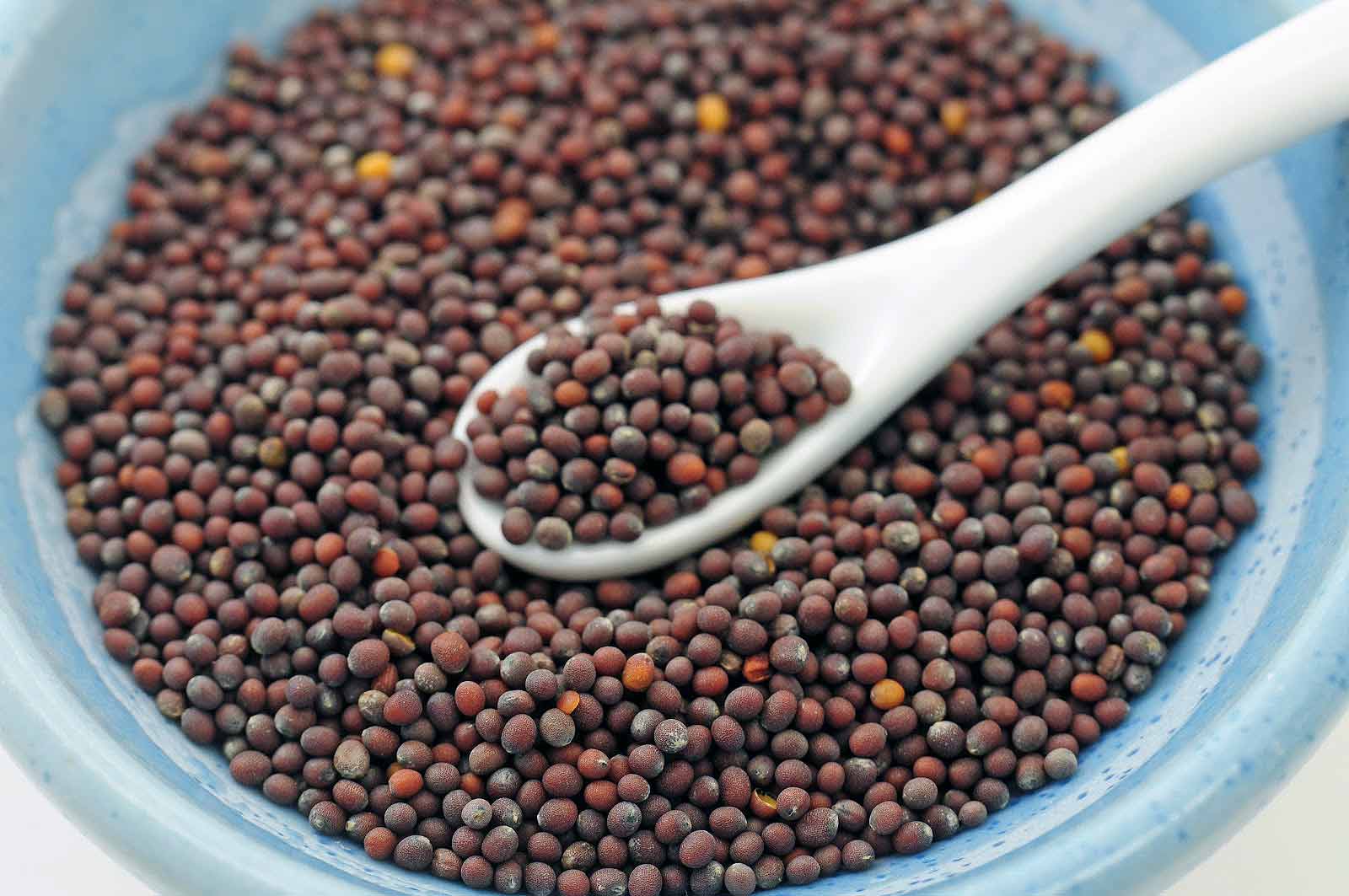 Black mustard seeds come from the mustard plant called “brassica nigra“. The seeds aren’t actually black; they’re dark brown with a reddish tinge. The seeds are only about half the size of white mustard seeds. The black seeds are not very common anymore, as the pods are very brittle and drop their seed easily, making them hard to harvest them mechanically and thus more expensive for consumers. 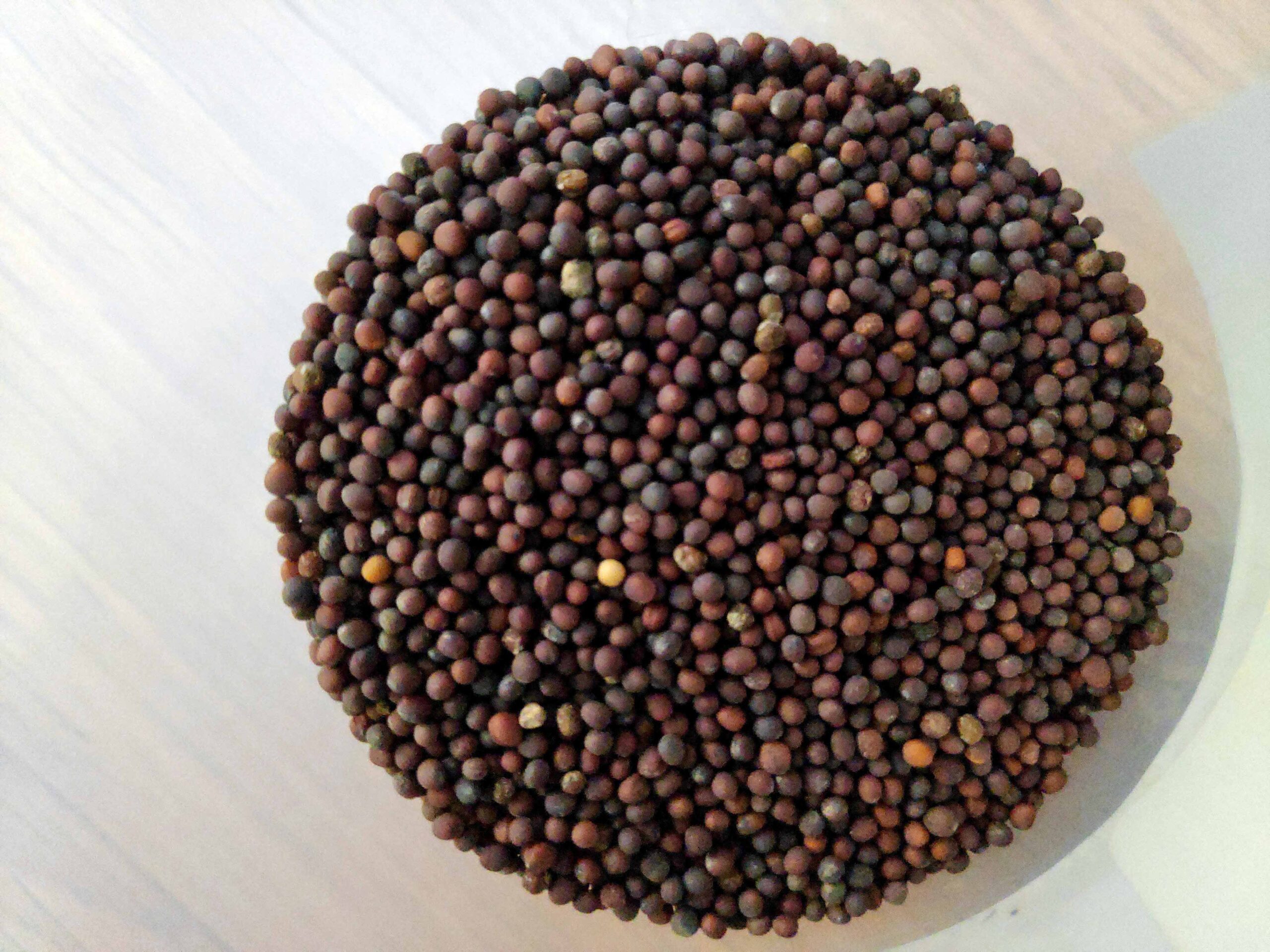 If a recipe calls for mustard, it means prepared mustard. If mustard seed (or powder, or greens, for that matter) are meant, the recipe will specify.

Mustard seed when ground and added to a liquid releases mustard oil, which gives the taste and smell characteristic of mustard.

Mustard was probably brought the Britain by the Romans.

As of 1996, France used yearly 25,000 tons of mustard seed to make mustard. 95% of that came from Canada. The French had mulled the idea of subsidies to encourage French farmers to go back to growing more mustard seed, but according to a Michel Chazot at the French Ministry of Agriculture, such a move would have likely invoked a complaint by Canada before the World Trade Organization. [1]Platt, Will. Dijon Mustard Makers in a Jam Over Seeds. Los Angeles Times. 8 June 1996.

The old English word for mustard seed was “senvy”. 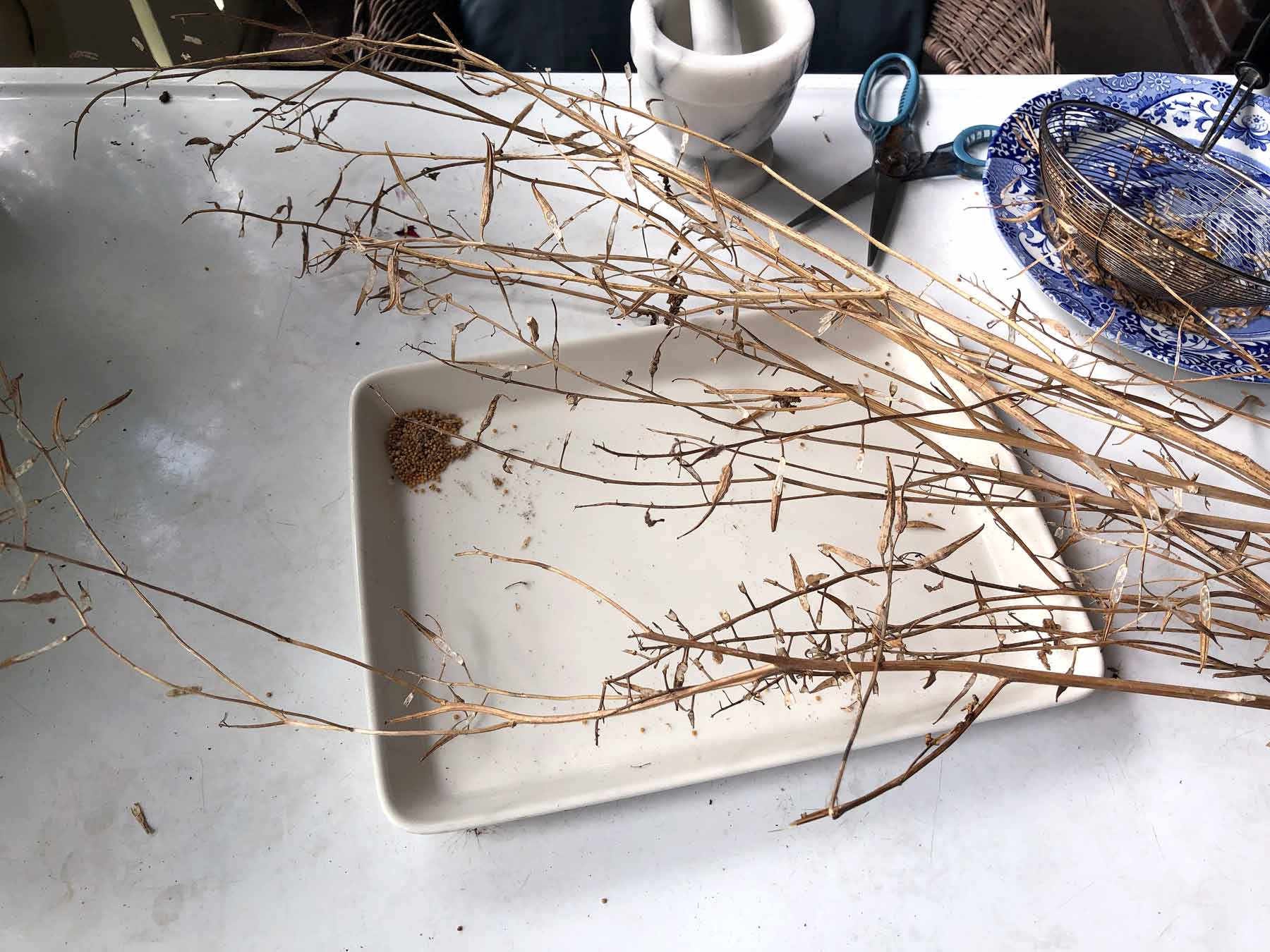 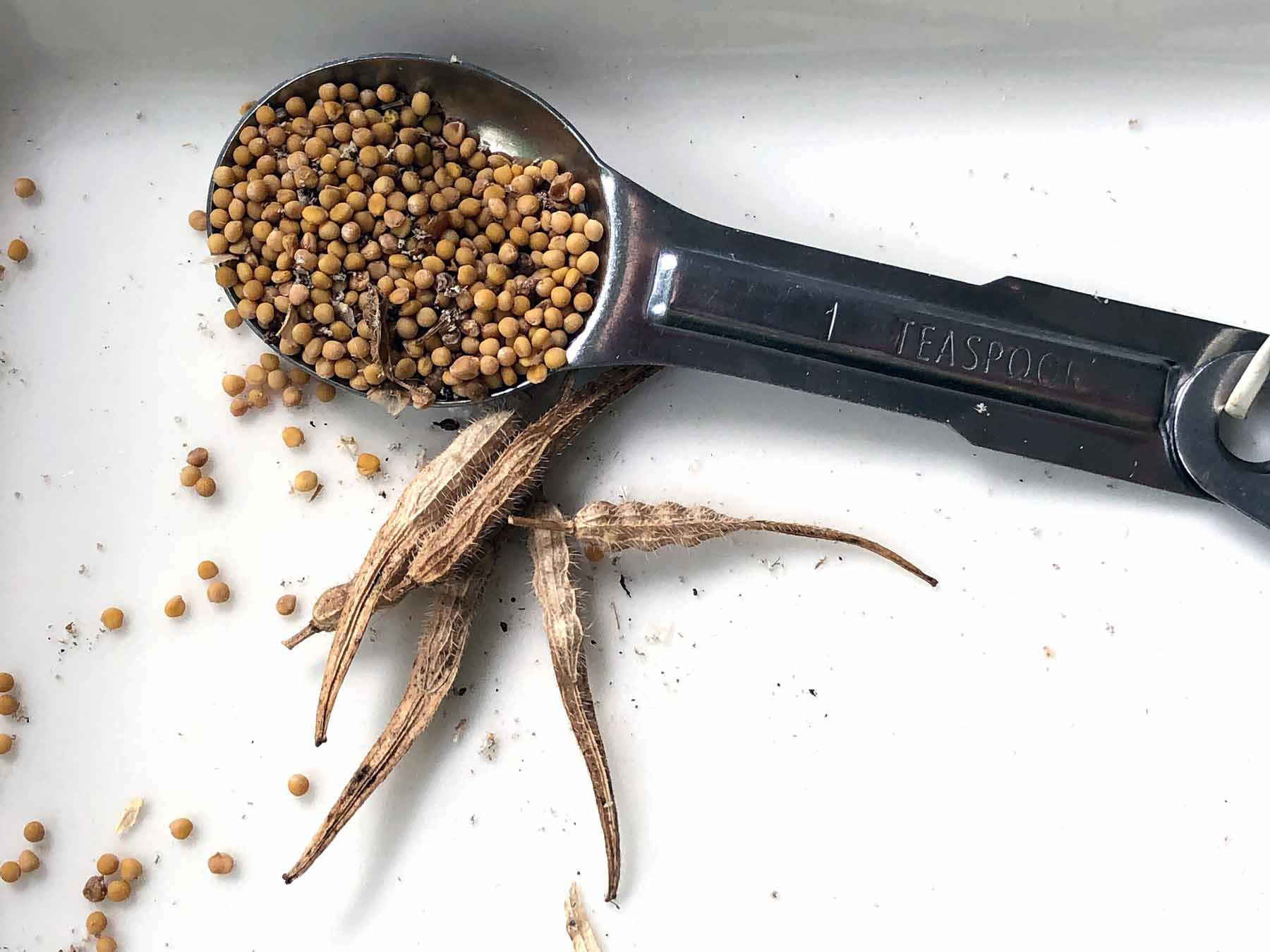 Mustard seed yield from above plant (less than 1 teaspoon). ©CooksInfo / 2021 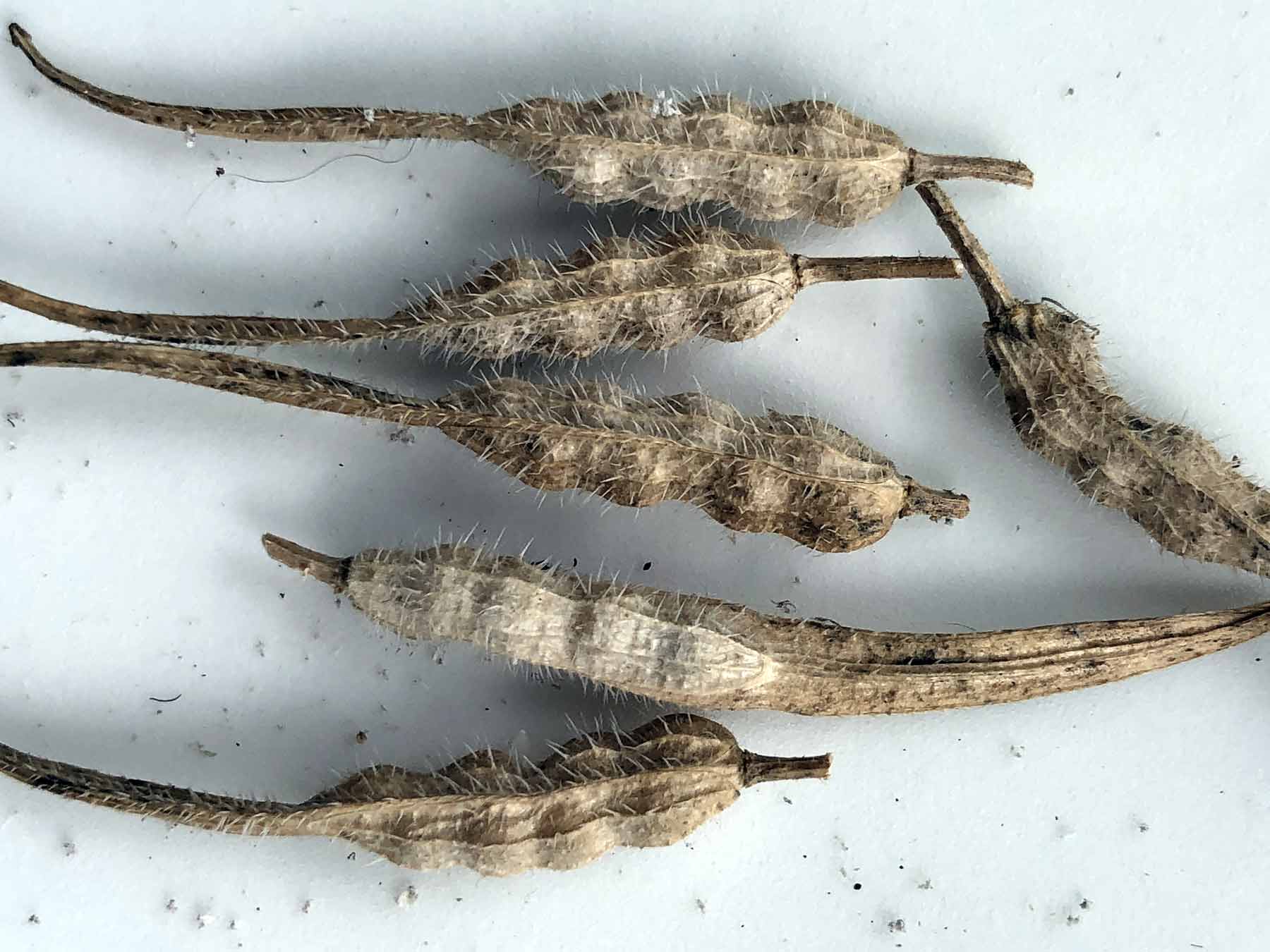 Dried mustard seed pods are long and thin. Notice the sharp hairs that can penetrate into your skin and hurt. ©CooksInfo / 2021 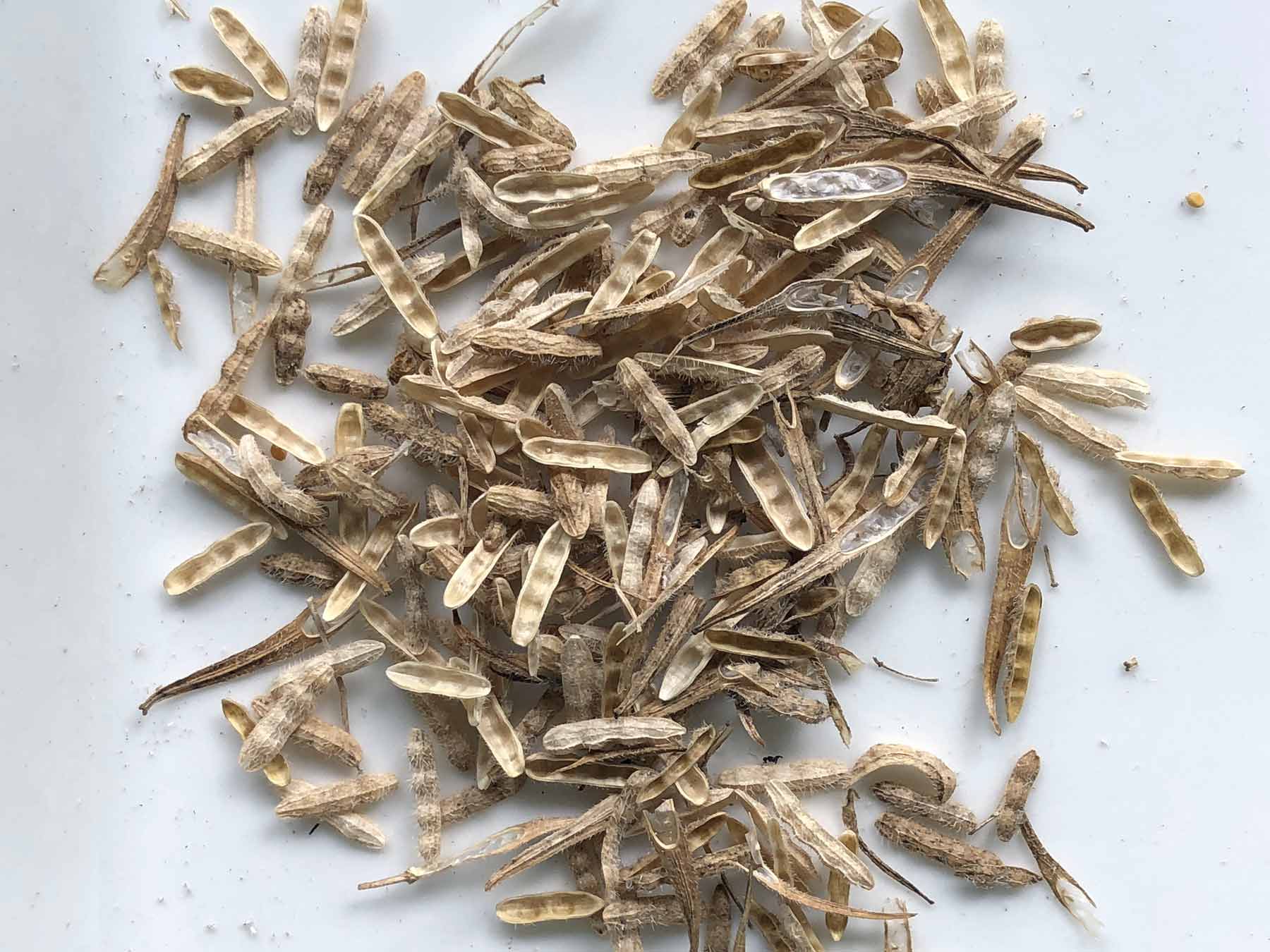 This web site generates income from affiliated links and ads at no cost to you to fund continued research · Information on this site is Copyright © 2022· Feel free to cite correctly, but copying whole pages for your website is content theft and will be DCMA'd.
Tagged With: Roman Food, Seeds