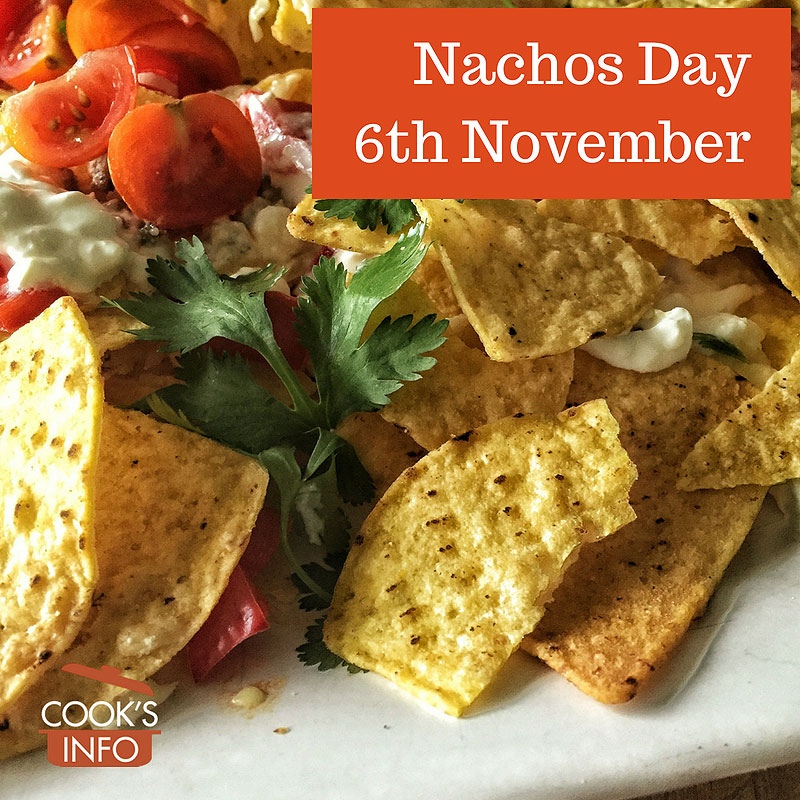 The 6th of November is Nachos Day.

Nachos were invented in Mexico, just across the border with Texas in a Mexican town called Piedras Negras. They are actually named after the cook who invented them.

For the full story, see the entry on nachos.

Pro tip: Nachos is not pronounced with the “a” as in “apple”, but rather like “gnaw – chose.”

The first print mention that CooksInfo is aware of for a Nachos Day in November dates from 2001 in California:

This web site generates income from affiliated links and ads at no cost to you to fund continued research · Information on this site is Copyright © 2022· Feel free to cite correctly, but copying whole pages for your website is content theft and will be DCMA'd.
Tagged With: Mexican Food, Tex-Mex Food