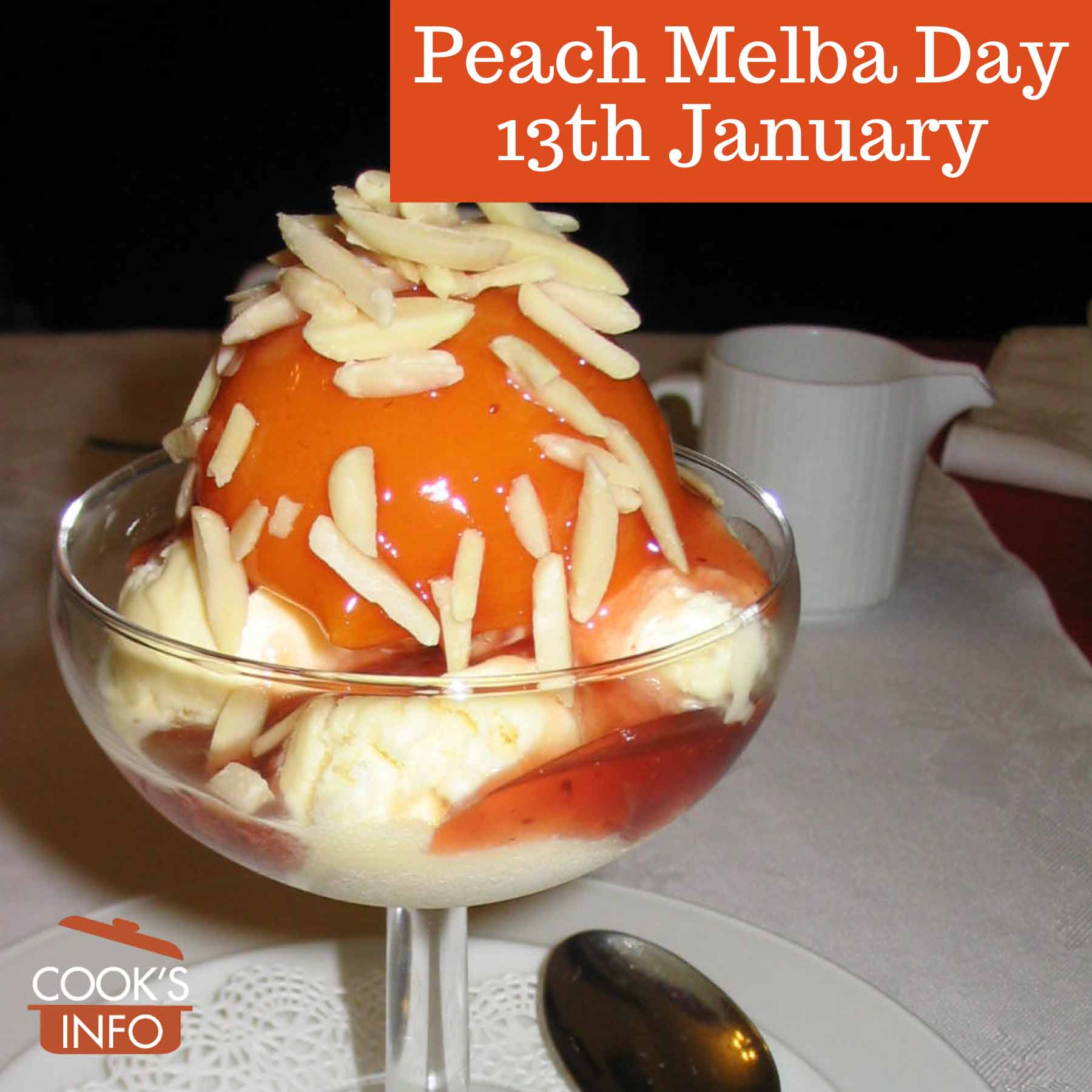 Peach Melba (this version appears to have slivered almonds, which is not necessarily in the specs.) Robbie Sproule / flickr / 2005 / CC BY 2.0

The 13th of January is Peach Melba Day.

Peach Melba is actually very easy to prepare: it is peaches with vanilla ice cream, drizzled with a raspberry sauce.

You could make some at home, or dine out at a restaurant that offers it as a dessert today.

If you’re in Australia or New Zealand, you might be able to use fresh local peaches for this. If you’re in the Northern Hemisphere, there’s always imported, or canned.

The dish was created in 1890 by Auguste Escoffier.

He named it for Australian opera singer Dame Nellie Melba.

He served the dessert in a swan-shaped ice sculpture.

The first print mention that CooksInfo is aware of for Peach Melba Day occurred in January 2015, when a Senior Center Activities column listed Peach Melba Day being observed on Tuesday, 13th January of that year:

This web site generates income from affiliated links and ads at no cost to you to fund continued research · Information on this site is Copyright © 2023· Feel free to cite correctly, but copying whole pages for your website is content theft and will be DCMA'd.
Tagged With: Peaches