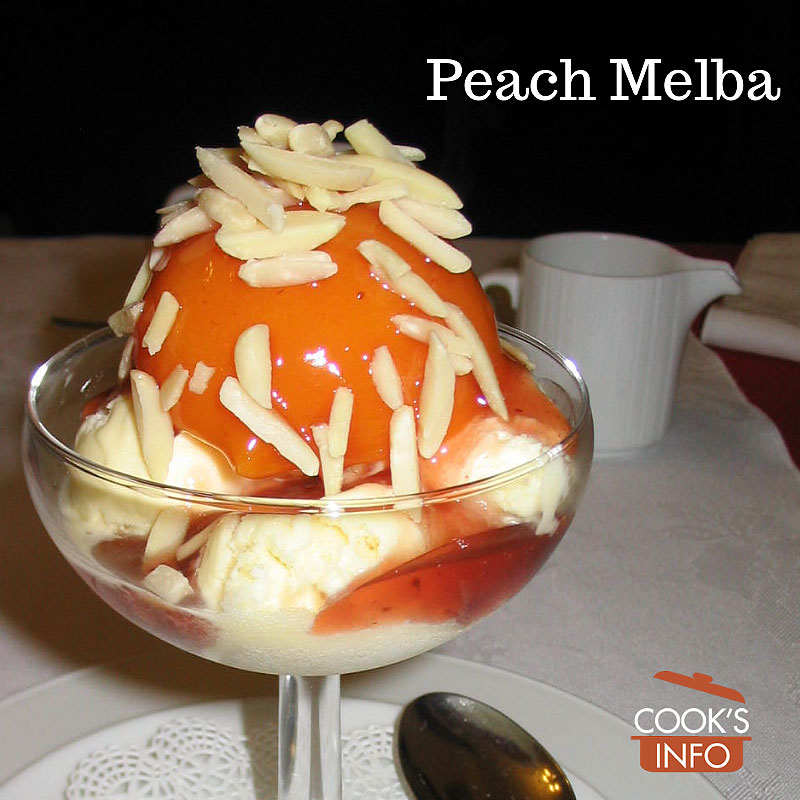 Peach Melba is a peach and ice cream dessert, with a raspberry sauce. Classically, it can be topped with spun sugar, and with fresh almonds if they are in season.

How to make Peach Melba

There are now many variants. A traditional version of peach melba is a peach that is halved, poached and skinned, then sliced, sprinkled with sugar and cooled.

A raspberry sauce is made with the seeds strained out, sweetened and then chilled.

Ice cream is put into a serving dish, the sliced peaches are arranged on top, then the dessert is drizzled with the raspberry sauce.

More modern versions usually halve the peaches instead of slicing them, and sometimes poach them in a sugar syrup.

The dish has evolved somewhat over time.

Peach Melba was reputedly first created by the chef Georges-Auguste Escoffier (1846 – 1935) for Nellie Melba, the singer (her full name was actually (“Helen Nellie Porter Mitchell”.) In the 1892/1893 music hall season in London, Melba was staying at the Savoy Hotel, where Escoffier was chef. She knew Escoffier, and sent him a pair of tickets to come see her in Lohengrin. In the opera, there was an impressive swan boat.

The next night after dinner at the hotel, Escoffier served Melba a dessert of poached peaches served on ice cream in a dish set on a swan carved out of ice. At the time, he called it “Pêche au Cygne” (Peach Swan.)

A few years later, Escoffier and César Ritz opened the Ritz-Carlton Hotel in London. There, Escoffier added a sauce of puréed raspberries to the dish, and renamed it to Pêche Melba.

Escoffier insisted that the dish used to serve Peach Melba in be silver.

Melba remembered the birth of the dessert as follows:

“I was particularly hungry, and I was given a most excellent luncheon. Towards the end of it there arrived a little silver dish, which was uncovered before me with a message that Mr Escoffier had prepared it specially for me.

‘It’s delicious,’ I said. ‘Ask Mr Escoffier what it is called.’

Word came back that it had no name but that Mr Escoffier would be honoured if he might call it Pêche Melba. I said that he might with the greatest of pleasure, and thought no more about it. But, very soon afterwards, Pêche Melba was the rage of London.” [1]James, Kenneth. Escoffier: The King of Chefs. London: Hambledon and London. 2002. Page 203.

Escoffier over the years changed the recipe. He published one version, probably in the late 1920s, that he said was the original:

“Original Recipe for Pêche Melba. Choose six perfectly ripe peaches. Montreuil peaches are best for this dessert. Immerse the peaches in boiling water for a few seconds and then transfer them quickly to ice water using a skimmer ladle. Peel them, put them on a plate, cover lightly with sugar and keep them cold. Make some very creamy vanilla ice cream. Press 250 g of fresh raspberries through a fine sieve and add to the purée 150 g caster sugar. Keep cold. Make a bed of the ice cream in a silver serving dish. Arrange the peaches carefully on the ice cream and cover with the raspberry purée. Optionally, chopped fresh almonds may be scattered over, but only when they are in season. Never use dried almonds. When ready to serve, embed the dish in a block of ice and cover the peaches with a light veil of spun sugar.” [2]James, Kenneth. Escoffier: The King of Chefs. Page 203.

But, he’d already given two other versions of it:

“The recipe was written after he had retired, probably in the late twenties…. Prior to his ‘original recipe’ above, Auguste had published a somewhat similar one back in 1911 in which he makes no mention of hot-water dunking the peaches. He merely calls for them to be covered with vanilla syrup and kept on ice until ready to serve. He says, ‘This is the original recipe’, which it isn’t: the original was years earlier in Le Guide ‘and should not’, he goes on, ‘be departed from’ — except of course by him.” [3]James, Kenneth. Escoffier: The King of Chefs. Page 203. 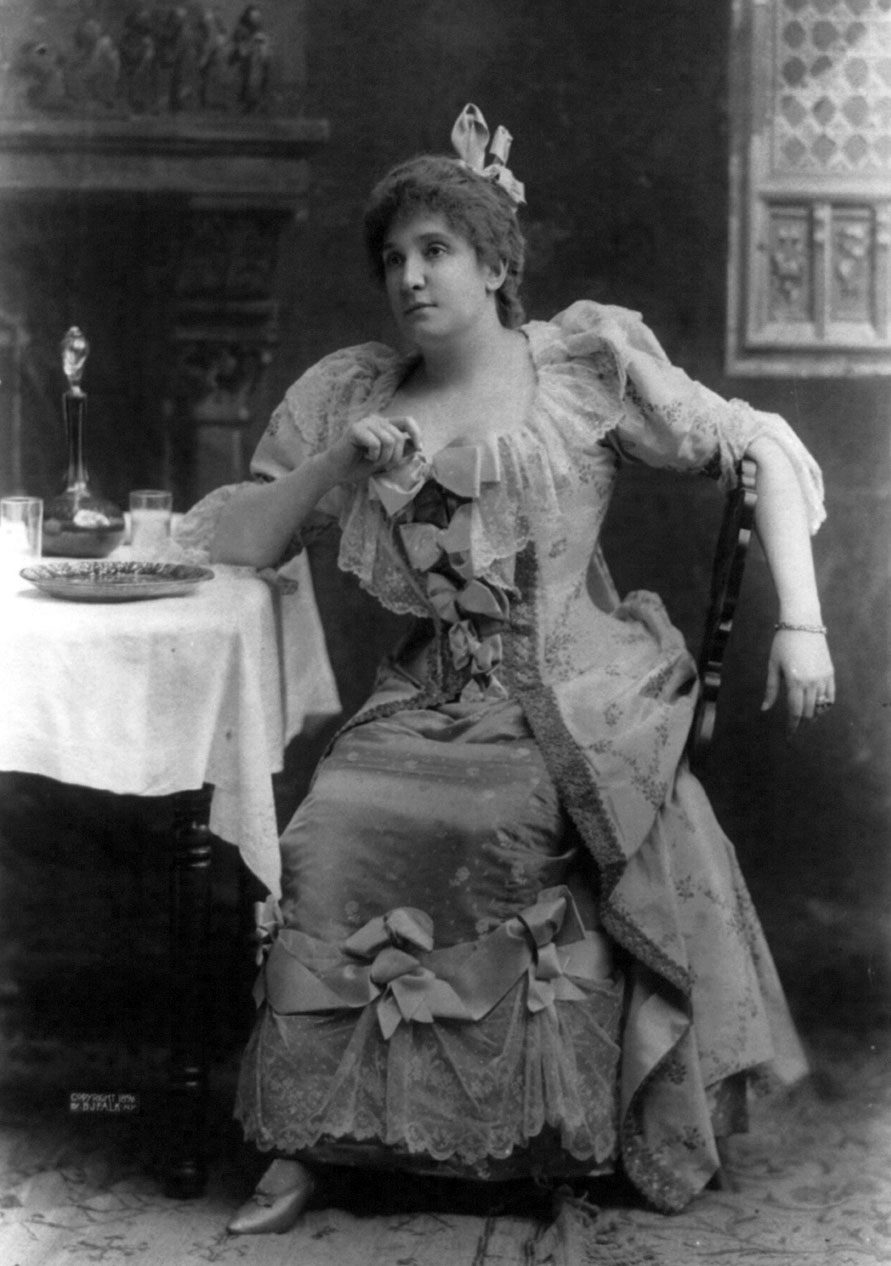 This web site generates income from affiliated links and ads at no cost to you to fund continued research · Information on this site is Copyright © 2022· Feel free to cite correctly, but copying whole pages for your website is content theft and will be DCMA'd.
Tagged With: British Food, Melba, Peaches