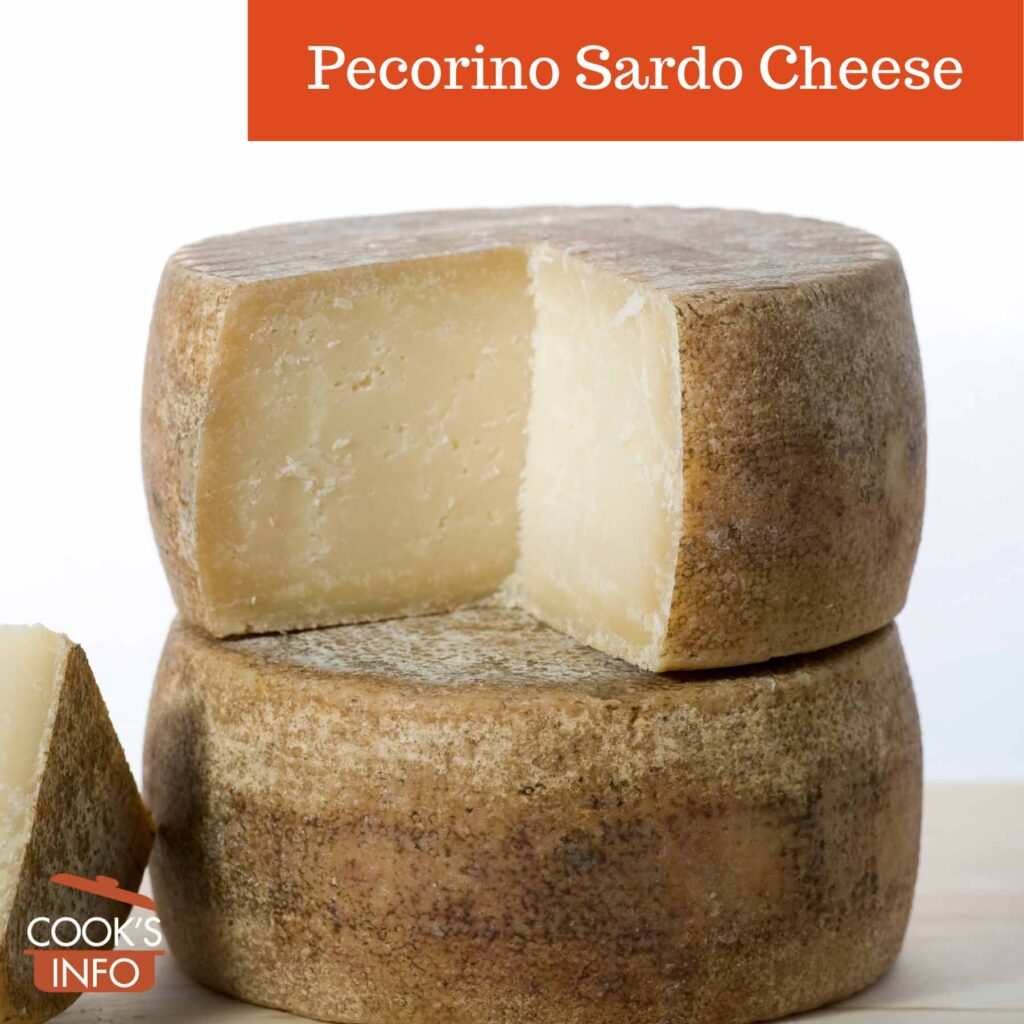 Pecorino Sardo is a sheep’s milk cheese from Sardinia, Italy.

The taste is a balance of salt and sweet, and is more sheep’s-milk-tasting than other Pecorino cheeses.

To make it,  raw milk is curdled with calf’s rennet, then moulded and salted. Some Sardinian dairies are making it from pasteurized milk, perhaps to make export to the United States easier.

A green emblem on the packaging means a young, soft cheese (“dolce“); a blue emblem means a hard cheese that has been aged longer (“maturo“). Maturo, though, can mean anywhere from 2 to 6 to 8 months.

Young cheeses can be used as a slicing cheese for the table; older ones will be harder and can be used for grating or shaving as a garnish.

Owing to the more pronounced taste of this pecorino, compared to other pecorinos, you may wish to serve it in thin, small portions to those who aren’t used to sheep’s milk cheese.

For the aged Pecorino Sardo, you can substitute Parmesan, Asiago, Grana Padano or any Pecorino cheese.

Pecorino Sardo received its “Designated Origin” certification in 1991 from Italy, and its EU PDO protection in 1996. 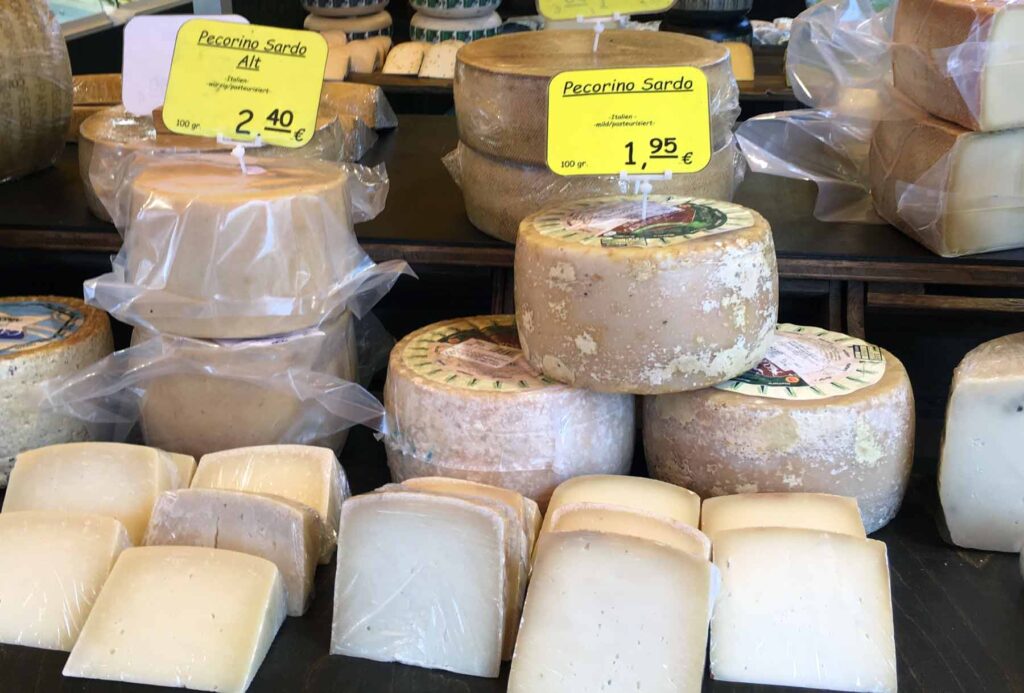 This web site generates income from affiliated links and ads at no cost to you to fund continued research · Information on this site is Copyright © 2022· Feel free to cite correctly, but copying whole pages for your website is content theft and will be DCMA'd.
Tagged With: Extra-Hard Cheeses, Italian Cheeses, Sardinian Food