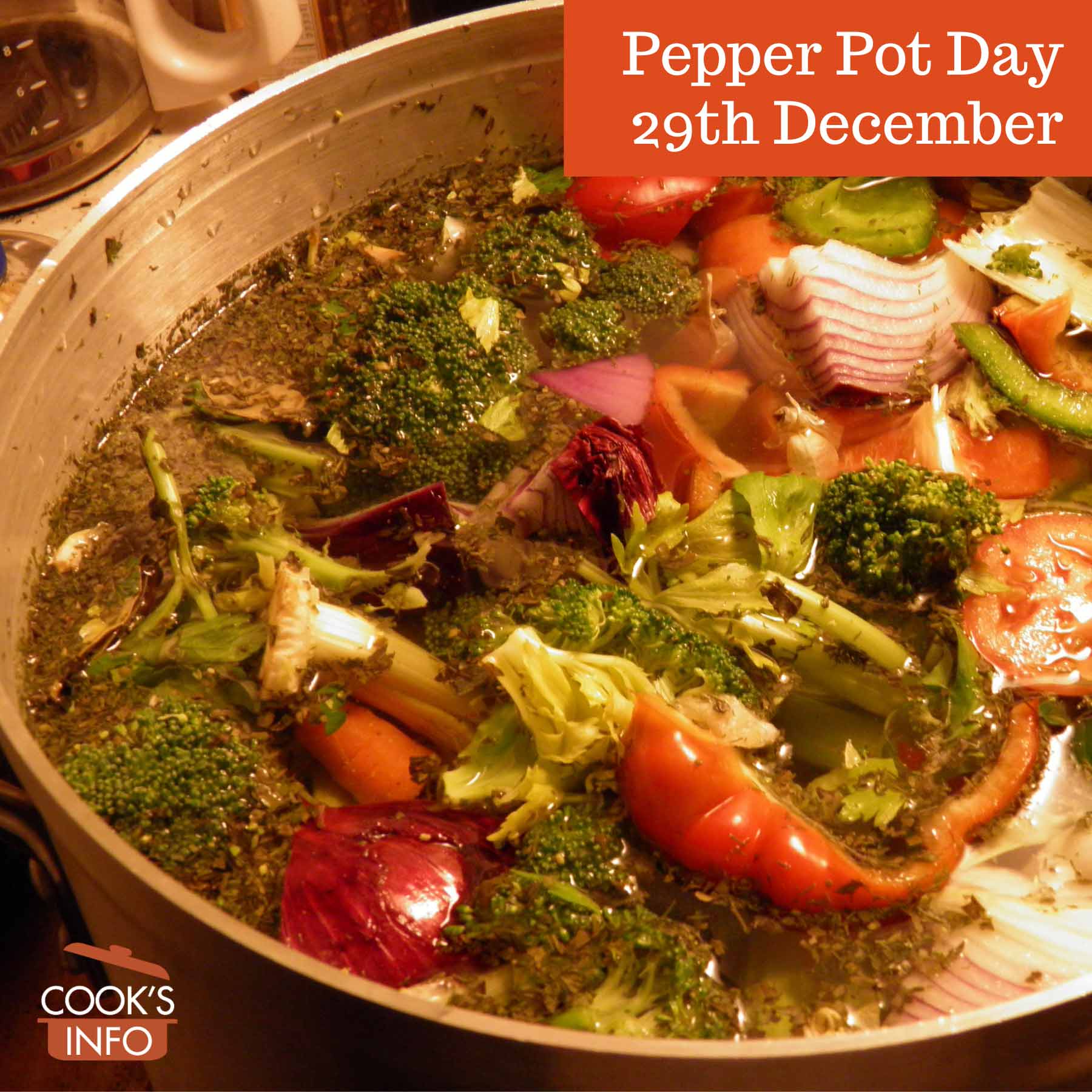 The 29th of December is Pepper Pot Day, a day for pepper pot soup.

On this day in 1777, reputedly, George Washington’s army cooks fed the troops pepper pot soup at their winter encampment in Valley Forge, Pennsylvania. Sometimes an exact cook, Christopher Ludwick, is named as having invented the soup on this day, and as having fed all the troops single-handedly with it.

Pepper pot soup would go on to become an iconic part of the Philadelphia food scene.

The “soup” is actually a thick stew, whose main ingredient is tripe.

As “tripe” is a sticking point for many people these days, stewing beef is typically suggested as the substitute to use.

Not using tripe has lots of precedent. A Caribbean version does not use tripe. And in Guyana, where pepper pot soup is traditionally served at Christmas, it’s made with chicken, not tripe.

Pepper pot soup was almost certainly not invented on this day, and it does seem unlikely that the cooks would have been able to procure fresh peppers for the soup in the dead of an eighteenth century winter.

To celebrate pepper pot soup day, you can make it, or buy it from a supermarket, or enjoy some at a restaurant.

This web site generates income from affiliated links and ads at no cost to you to fund continued research · Information on this site is Copyright © 2022· Feel free to cite correctly, but copying whole pages for your website is content theft and will be DCMA'd.
Tagged With: Tripe