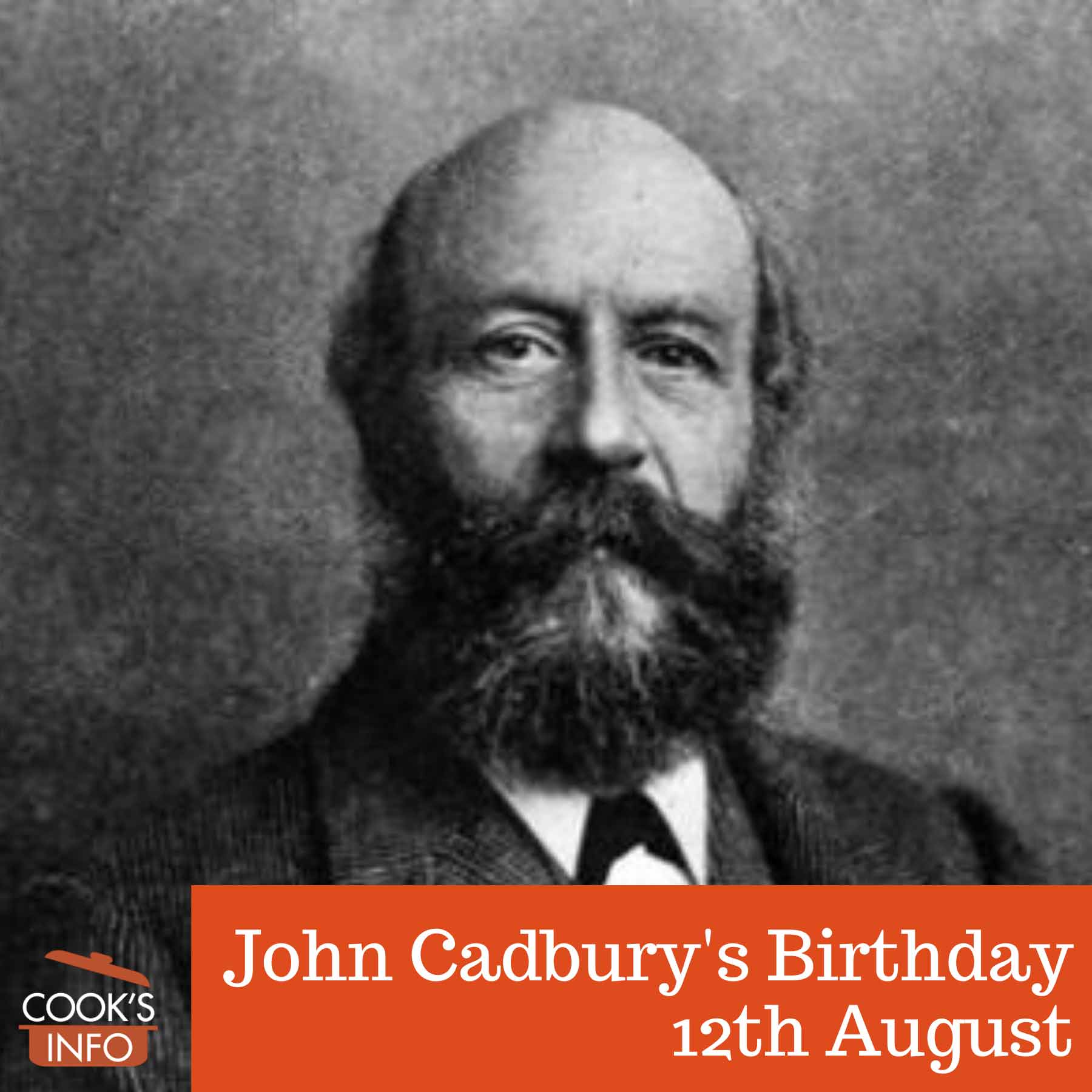 The 12th of August is the birthday of John Cadbury.

Born in 1801, he founded what would become the Cadbury chocolate commercial empire in 1824 at the age of 23.

John Cadbury was a Quaker, and was inspired by the idea of providing food stimulants such as coffee, tea and chocolate that would be healthier than alcohol.

He opened his first store in Birmingham in 1824 at 93 Bull Street, selling tea, coffee and his first chocolate product, which was a block of sweetened cocoa from which customers at home would scrape some off to make a powder to go into a hot liquid. He made the product in the shop by grinding up cocoa beans by hand in a mortar and pestle.

In 1832, he decided to expand the chocolate aspect of his trade, and rented a disused malthouse in Birmingham to become his chocolate factory. By 1842, he was offering eleven different kinds of cocoa, and sixteen different kinds of drinking chocolate, and by 1847, he needed a larger factory, and brought his brother Benjamin into the business to help. In 1854, he received a Royal Warrant from Queen Victoria.

John retired from the business in 1861, passing it to his sons, and enjoyed a long retirement, living until 1889.

By the 1920s and 1930s, the company had factories in Australia, Canada and New Zealand to help supply the global demand for the product.

On 19 January 2010, Cadbury’s chairman, Roger Carr, and board, agreed to recommend to shareholders the sale of Cadbury to Kraft for £11.7 billion sterling (approximately $18.1 billion USD at the time).

John Cadbury founded the Animals Friend Society, the predecessor to the SPCA (Society for the Prevention of Cruelty to Animals) and led a campaign to prohibit the use of young boys as chimney sweeps.