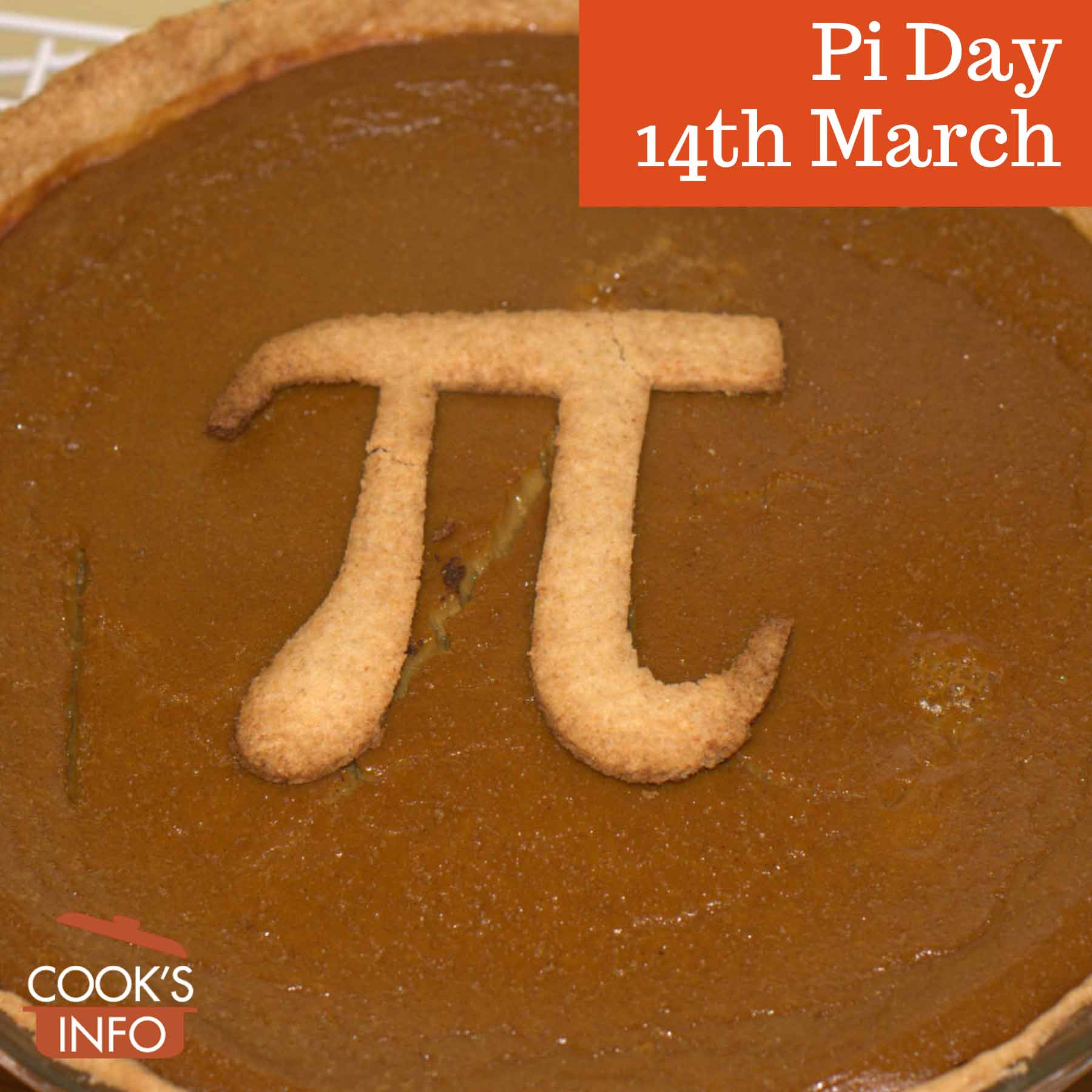 It celebrates the mathematical concept of π (Pi / 3.14), but because it sounds the same in English as the English word for “pie”, it has become associated with eating pie today.

Consequently, the greeting used for today is “Have a sweet Pi Day”!

The pie you eat today though doesn’t have to be just sweet pies. Lots of people say that “pizza pies” count; some say that anything circular counts, because the mathematical concept of π is a tool that comes from measuring a circle. But remember, it’s a relatively recent thing, that pies are round. Throughout most of culinary history, they were actually square, or rectangular, and pie plates themselves to make round pies are pretty new as far as the long stretch of culinary history goes!

Both Pi and Pie can be the subjects of a lot of debate. Is apple pie American — or English? Or is it the French who actually make the best? Are people who like McDonald’s handpies crazy, or are they onto something?

Really hard core people celebrating today will make a pie with the pie sign cut into the top crust. You could also make a Pi sign with pepperoni slices on top a pizza. If you are not into cooking, you could enjoy someone else’s Pi creations will trying to memorize Pi to 10 decimal places, which would be: 3.1415926535.

Some people hate the day because they feel it’s just a lil too clever. Others cringe because it makes them socialize with otherwise socially-awkward academics who want to show how much fun they actually are.

And many feel that it’s overdone now. There are places now running Pi Day sales, offering a 3.14% discount on their merchandise or services. Some places may offer $3.14 pizzas, or pies. There are lots of predictable mugs and T-shirts sold to mark the day.

On 14 March 1988, “physicist Larry Shaw organized what is now recognized as the first “Pi Day” celebration at the San Francisco Exploratorium science museum. Shaw chose March 14, or 3.14 — the first three digits of pi — as Pi Day” [1]Meixler, Eli. Today Is the 30th Anniversary of Pi Day. Here’s What You Should Know About the Irrational Number. Time Magazine. 14 March 2018. Accessed February 2021 at http://time.com/5198663/30th-anniversary-of-pi-day-2018-facts/ He “led Exploratorium visitors on a circular procession around the museum and fed them pie.” [2]Lamb, Evelyn. I usually hate Pi Day, but I don’t this year. Chicago, Illinois: The Chicago Tribune. 13 March 2018. Accessed February 2021 at http://www.chicagotribune.com/bluesky/techandculture/sns-techculture-pi-day-larry-shaw-20180313-story.html

Resolved, That the House of Representatives—

(1) supports the designation of a “Pi Day” and its celebration around the world;

(3) encourages schools and educators to observe the day with appropriate activities that teach students about Pi and engage them about the study of mathematics.” [3]https://www.congress.gov/bill/111th-congress/house-resolution/224/text

This web site generates income from affiliated links and ads at no cost to you to fund continued research · Information on this site is Copyright © 2022· Feel free to cite correctly, but copying whole pages for your website is content theft and will be DCMA'd.
Tagged With: Pies