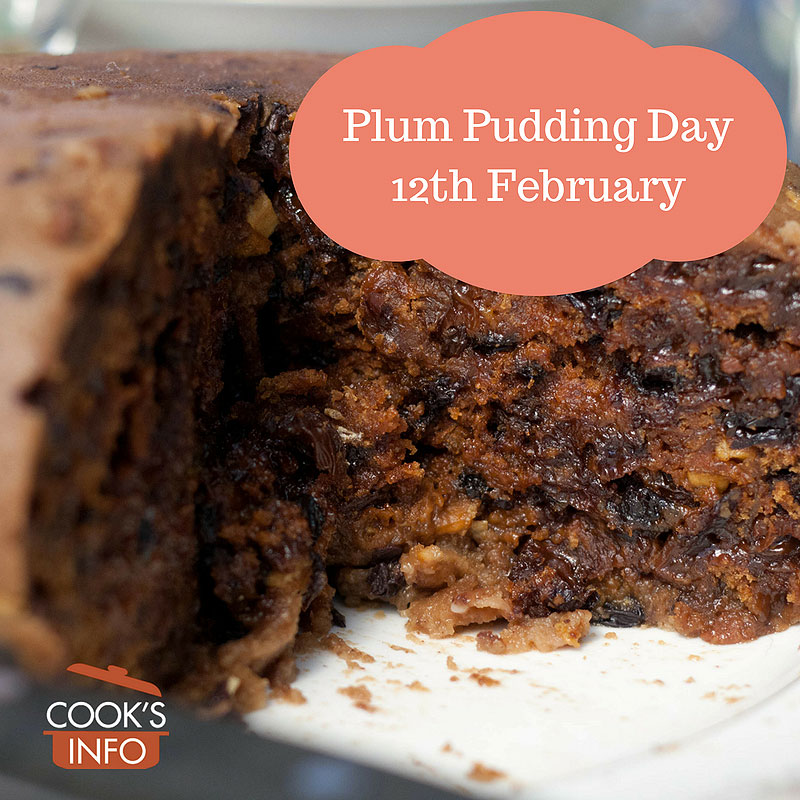 Plum Pudding Day is the 12th of February.

Maybe the day is for those who didn’t get any plum pudding at Christmas, so they don’t have to wait the rest of the year for their next chance. After all, if you’re in the U.S., chances are you didn’t get it at all for Christmas, and that you may never have had it in your entire life, even.

Fans might point out, though, that it’s only in the past 200 years or so that plum pudding got relegated to Christmas only.

Some say Plum Pudding Day is 23 December — that makes a bit more sense in a way, a day to make and cook them and have them in the fridge ready to finish steaming on Christmas Day. Traditionally, though, the day to make plum pudding is actually Stir-up Sunday.

But what exactly is plum pudding? And where exactly are all the plums that in theory the name promises? CooksInfo.com has the skinny; see the links below.

A print mention of a February Plum Pudding Day occurred in August 2000 in Edmonton, Alberta in a list of whacky food days:

This web site generates income from affiliated links and ads at no cost to you to fund continued research · Information on this site is Copyright © 2022· Feel free to cite correctly, but copying whole pages for your website is content theft and will be DCMA'd.
Tagged With: Steamed Puddings