×
You are here: Home / Archives for Steamed Puddings

This recipe drew on ingredients from various parts of the British Empire: the flour from Canada, the brown sugar from Barbados, the orange (originally a Jaffa orange) from Palestine, dried and candied fruits from South Africa. Hence its name. 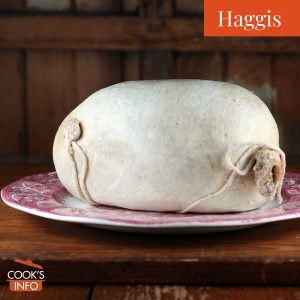 Haggis is a very large, rounded sausage stuffed with oats and offal. It is cooked by steaming, and often served at festival occasions in Scotland.

This is a really easy dessert! Use whatever jam you like, or use marmalade. Lovely served with cream or custard.

Nice with a pouring custard, or a spooning cream such as extra-thick double cream. 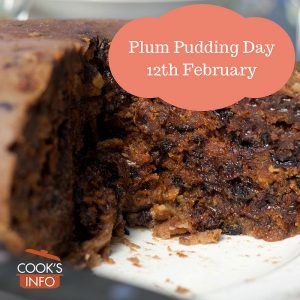 Plum Pudding Day is the 12th of February. Maybe the day is for those who didn’t get any plum pudding at Christmas.

Poutine aux raisins is a steamed raisin pudding made in the Acadian area of Canada. The pudding mixture is made from flour, baking powder, salt, raisins, molasses, egg and water mixed together. The mixture is placed in a large, clean, empty tin (in lieu of a pudding basin), and then set in a pot on…

END_OF_DOCUMENT_TOKEN_TO_BE_REPLACED

A lower-fat but still yummy version of an English classic dessert.