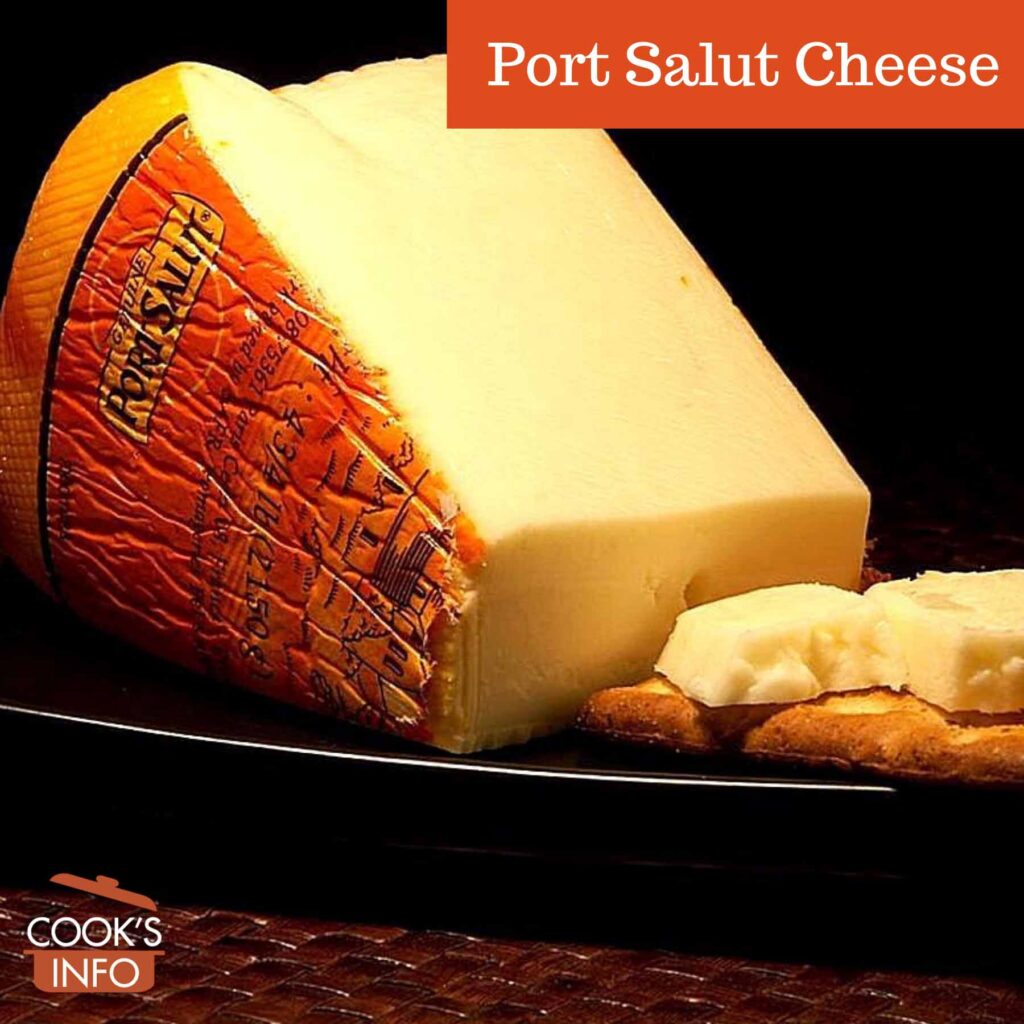 Port Salut is a semi-soft cheese with an edible orange rind.

Inside, the cheese is a pale yellow.

Port Salut is the cheese that started a whole range of cheeses (see Port du Salut Cheeses). Port Salut itself is a commercial, trademarked name.

Port Salut cheese is made from cow’s milk.

The cheese is ripened from the outside in by a smear of surface bacteria. It used to be brushed with brine repeatedly during the aging process, which made it a washed-rind cheese, but this no longer happens, because the cheese is wrapped in plastic before aging.

It is the ripening process which makes the rind orange.

Large cheeses are made in disks about 23 cm wide (9 inches) that weigh about 2 kg (about 5 pounds). Other sizes are also made. 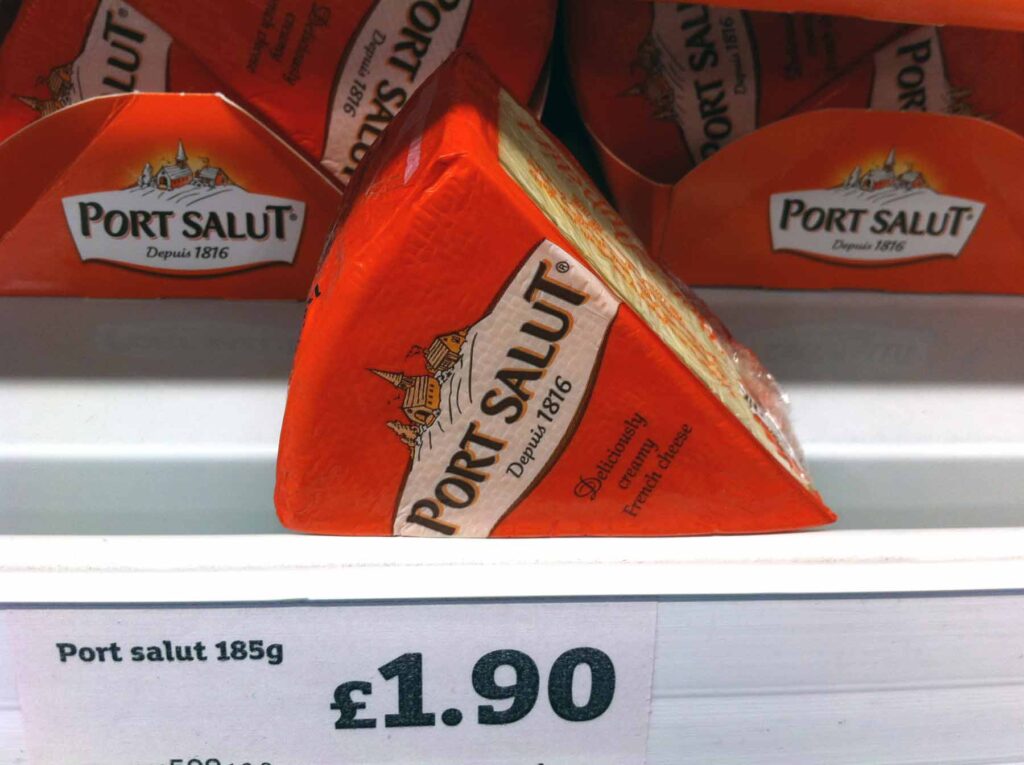 Store for up to two weeks in refrigerator.

The cheese originated with Trappist Cistercian monks at Notre Dame du Port-du-Salut Abbey at Port-Ringeard, Entrammes (between Laval and Angers), on the Mayenne river in the département of Mayenne in Pays de la Loire, France. (See Port du Salut Cheeses History for more information on the Cistercians.)

The French Revolution in 1789 forced many clergy and monks to flee France for their lives; the monks at Port Salut were no different. Their head, Dom Augustin de Lestrange, led them to la Valsainte in Switzerland.

While they were sheltering abroad, their lands back in France were sold, and the buildings lay abandoned. Meanwhile, the monks in exile had to have a way of making a living, and they learned how to make cheese.

The Port Salut monks were able to return to France in 1815, and the abbey at Port-Ringeard was re-acquired. They were the first monastery in France authorized by Louis XVIII to re-establish itself.

Once home, the continued making the cheese they had been making in Switzerland, and it was very popular. In 1873, the Abbey sold rights of distribution to a Parisian cheese merchant, and in 874 registered ownership of the product name.

In 1959, the Abbey got out of the business all together, selling all rights to a dairy company called the “Société Anonyme des Fermiers Réunis” (SAFR), part of the BEL group. Since then, the cheese is not made by the monks at the Abbey, but rather in a factory, and not even in the Entrammes area, but rather far to the east, in the Lorraine region on the border with Germany, making its association with the monastery now merely a historical one. 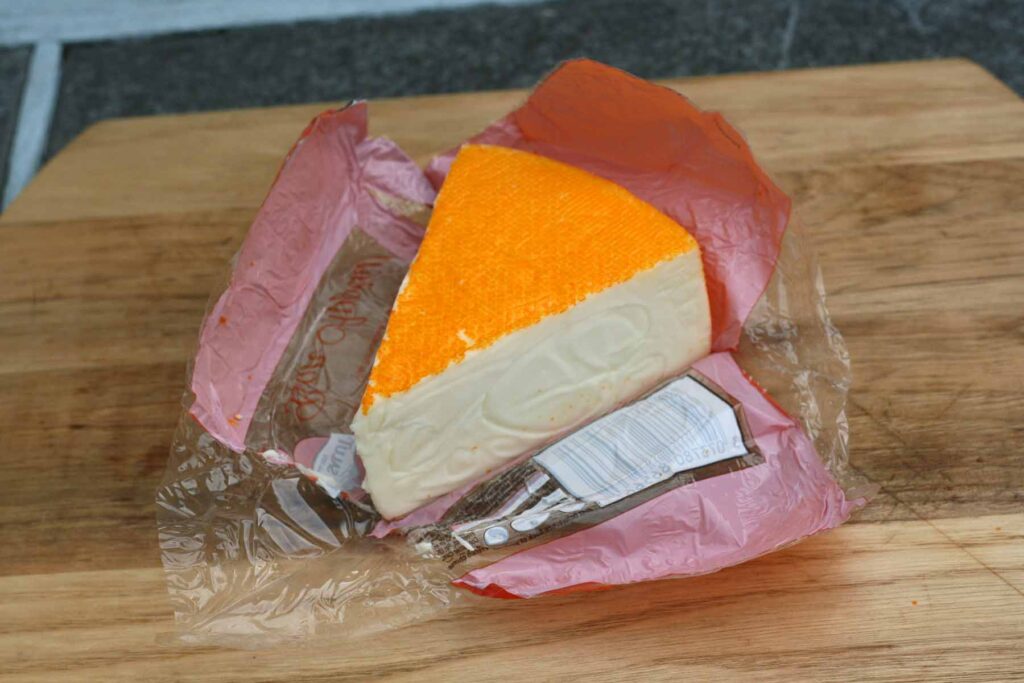 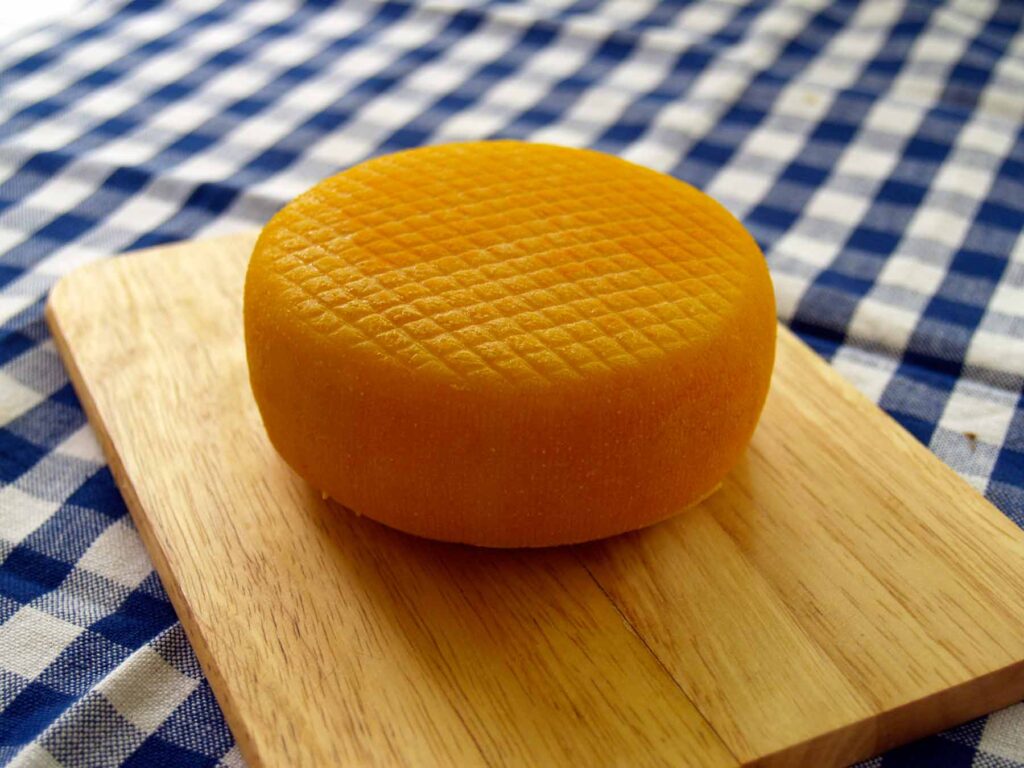 This web site generates income from affiliated links and ads at no cost to you to fund continued research · Information on this site is Copyright © 2023· Feel free to cite correctly, but copying whole pages for your website is content theft and will be DCMA'd.
Tagged With: French Cheeses, Port du Salut Cheeses, Smear-Ripened Cheeses, Surface-Ripened Cheeses