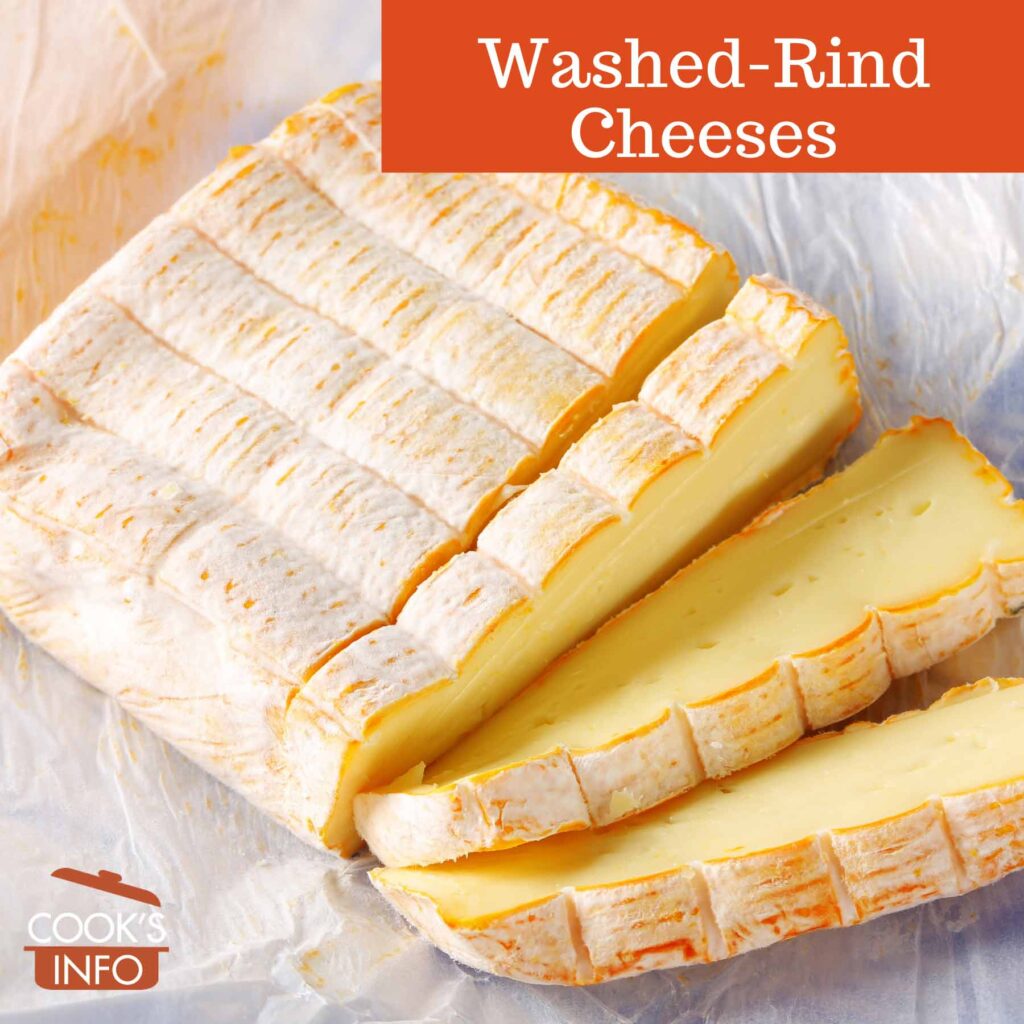 Washed-rind cheeses are firmer, lower-moisture cheeses whose rinds are washed, rubbed or brushed with, or dunked in liquid during maturation.

The rinds from all washed-rind cheeses tend to be bitter tasting, and smelly.

Washed-rind cheeses were traditionally made in highlands and up in the mountains. The cheeses needed to be able to keep well, as oftentimes travel down the mountains was hard for many months of the year and anyone wishing to bring them down to the markets in the lowlands to sell there would have to wait till the spring. The washing technique helped achieve this goal by restricting bacterial growth.

As a result of the washing, the cheeses would develop a characteristic hard rind. 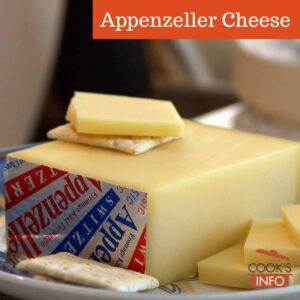 Appenzeller cheese has a hard, salty-tasting rind, which can vary in colour from brownish-yellow to orangey. The cheese inside has a pale yellow semi-hard pate with small holes in it.

Chue Fladae (aka "Stanser Flada") is a washed-rind, soft, cheese made by the Josef Barmettler creamery ("molkerei ") in Stans, Switzerland. It is creamy to the point of being runny. Made from raw milk from cows, it is smelly but not overly strong tasting. The... 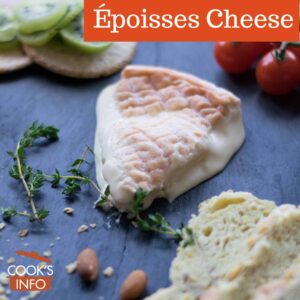 Epoisses is a strong-smelling, soft French cheese that ripens to runny. It has a golden, wrinkled exterior. 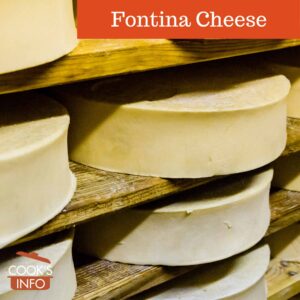 Fontina cheese is a firm, light-yellow cheese with tiny holes and a mild, nutty taste. When young, Fontina can be used as a "table cheese." When old, it becomes a grating cheese. 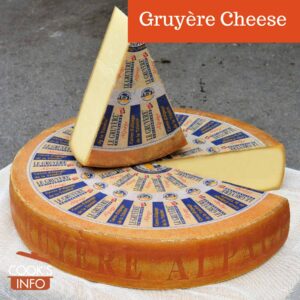 Gruyère is a hard, pale yellow or ivory-coloured cheese with small holes made from cow's milk. The cheese is semi-firm and pliable. The rind is hard and grainy, ranging in colour from dark golden to brown. Melts well.

Milleens Cheese is a flat, round cheese with a wrinkled peach to orange-coloured. Inside, it is pale-yellow, and semi-firm to soft to liquid, with a spicy, unique aftertaste. As it ages, it develops a barnyard aroma. 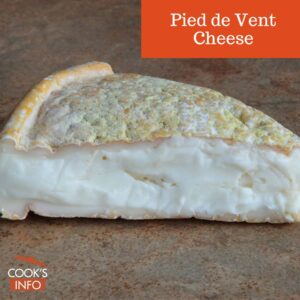 Pied de vent is a soft, washed-rind cheese with a pronounced smell made in Québec. The rind is edible. 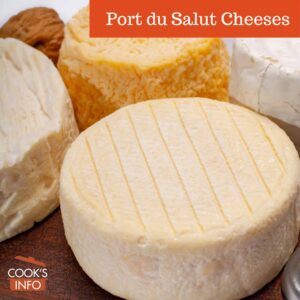 Port du Salut Cheeses are washed-rind cheeses. All are semi-firm, so they can be sliced. The rind on these cheeses is typically whiffy, and is not edible on many of them. They originated with Trappist monks at the Notre Dame du Port-du-Salut Abbey in ... 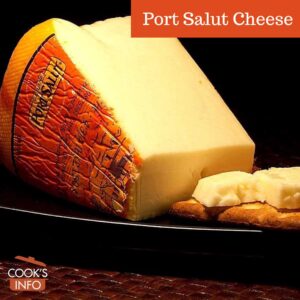 Port Salut is a semi-soft cheese with an edible orange rind. Inside, the cheese is a pale yellow. The rind has a distinct though not overpoweringly strong aroma. 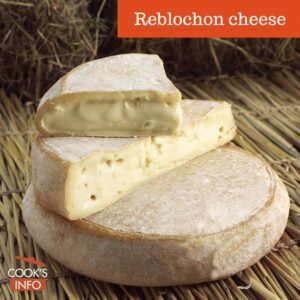 Reblochon cheese is a soft, washed-rind cheese with a mild taste made from raw milk. The edible rind has white mould on it. 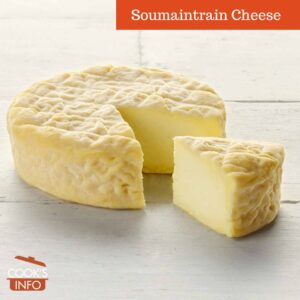 Soumaintrain is a very whiffy French cheese with a taste that is both sweet and salty. The rind will be either an ivory-yellow velvet a sticky orange-caramel coloured rind. Inside, the cheese is soft but not runny. 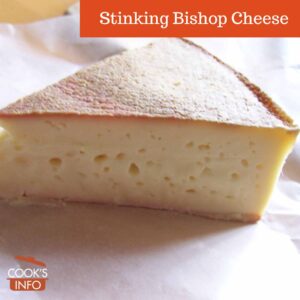 Stinking Bishop Cheese smells like old socks, but most of the smell is in the orangish-yellow, sticky rind. The cheese itself is mild, soft and creamy. 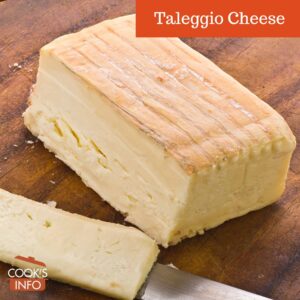 Taleggio cheese has a taste ranging from milk to sharp depending on age. The edible rind is strong tasting. Inside, the cheese is semi-firm, becoming runny as it ages. 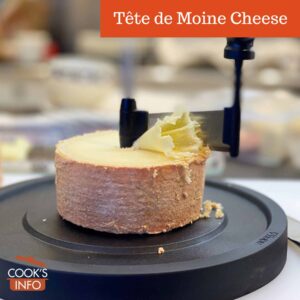 Tête de Moine is a cylinder-shaped, Swiss-made cheese. It has an inedible, orangish sticky rind. Inside, the cheese is a straw-yellow colour and has a spicy flavour. 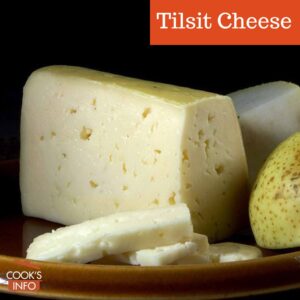 Tilsit cheese is a creamy, semi-firm cheese with a rich taste. It is made from cow's milk in many countries.

This web site generates income from affiliated links and ads at no cost to you to fund continued research · Information on this site is Copyright © 2022· Feel free to cite correctly, but copying whole pages for your website is content theft and will be DCMA'd.
Tagged With: Cheese Technical Terms, Semi-Firm Cheeses