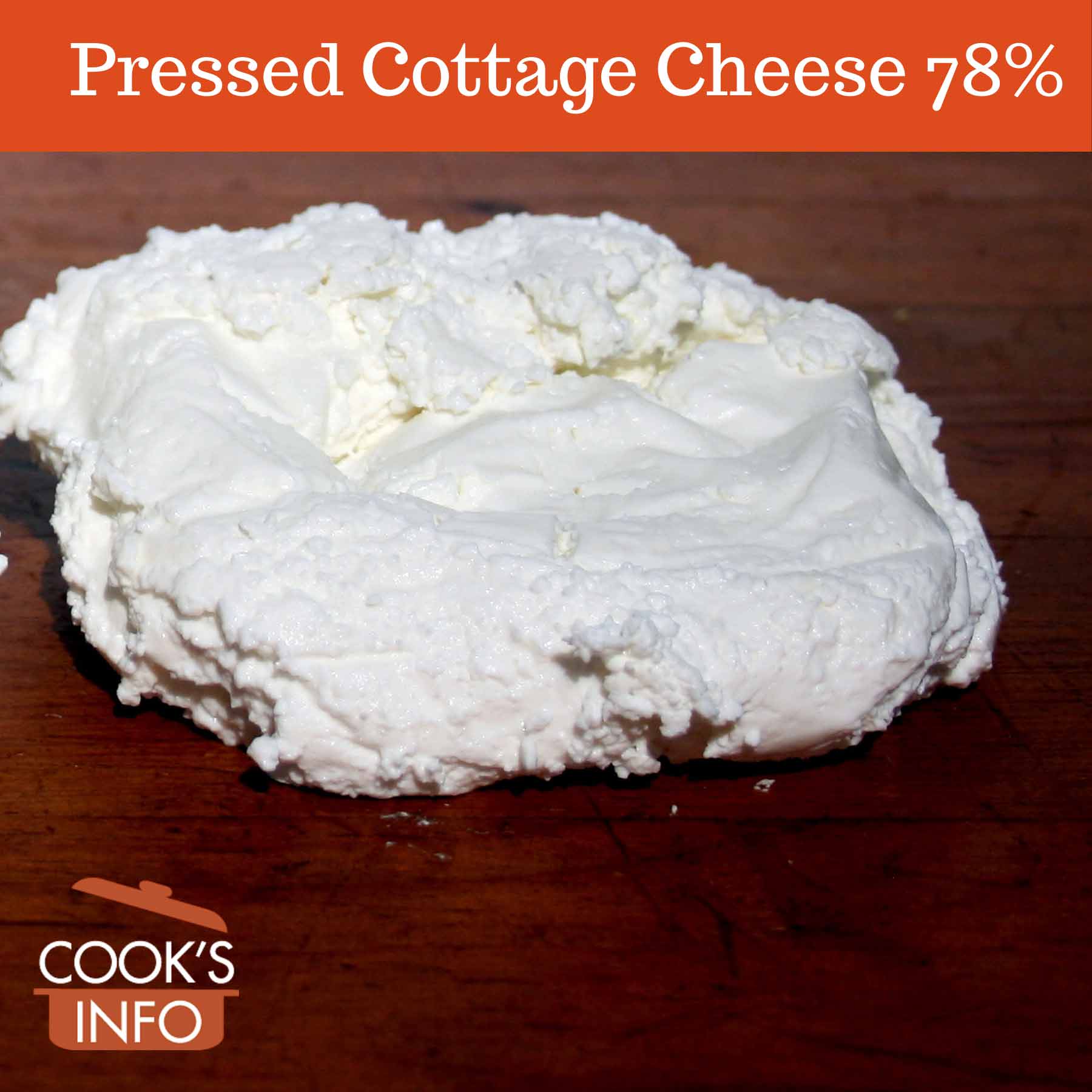 Pressed cottage cheese (78%) is a soft, crumbly unripened cheese with white, dry curds. It is made from skim milk that is curdled with an acid or rennet.

Other cottage cheese has milk added to it after the curd has been formed; this version doesn’t, so its moisture content is only 78%. The milk fat content is kept low, at .5%.

Moist enough to eat as part of a salad plate, etc., but mostly used as an ingredient in cooking, particularly German, vegetarian and low-fat cooking.

Pressed cottage cheese 78% freezes well, unlike regular cottage cheese. After freezing, the consistency of the curd will be lighter and a bit drier. After thawing, use for cooking. 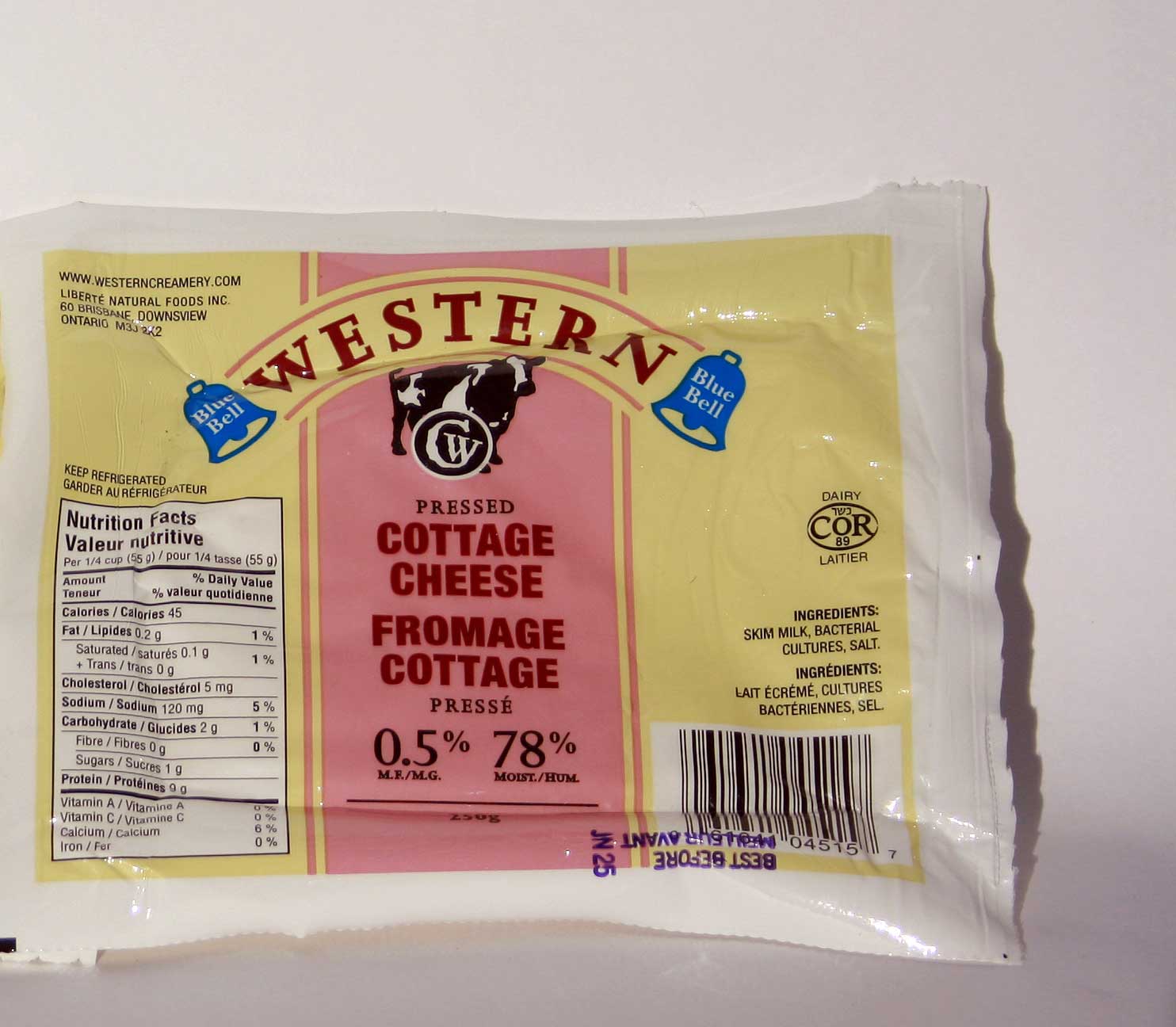