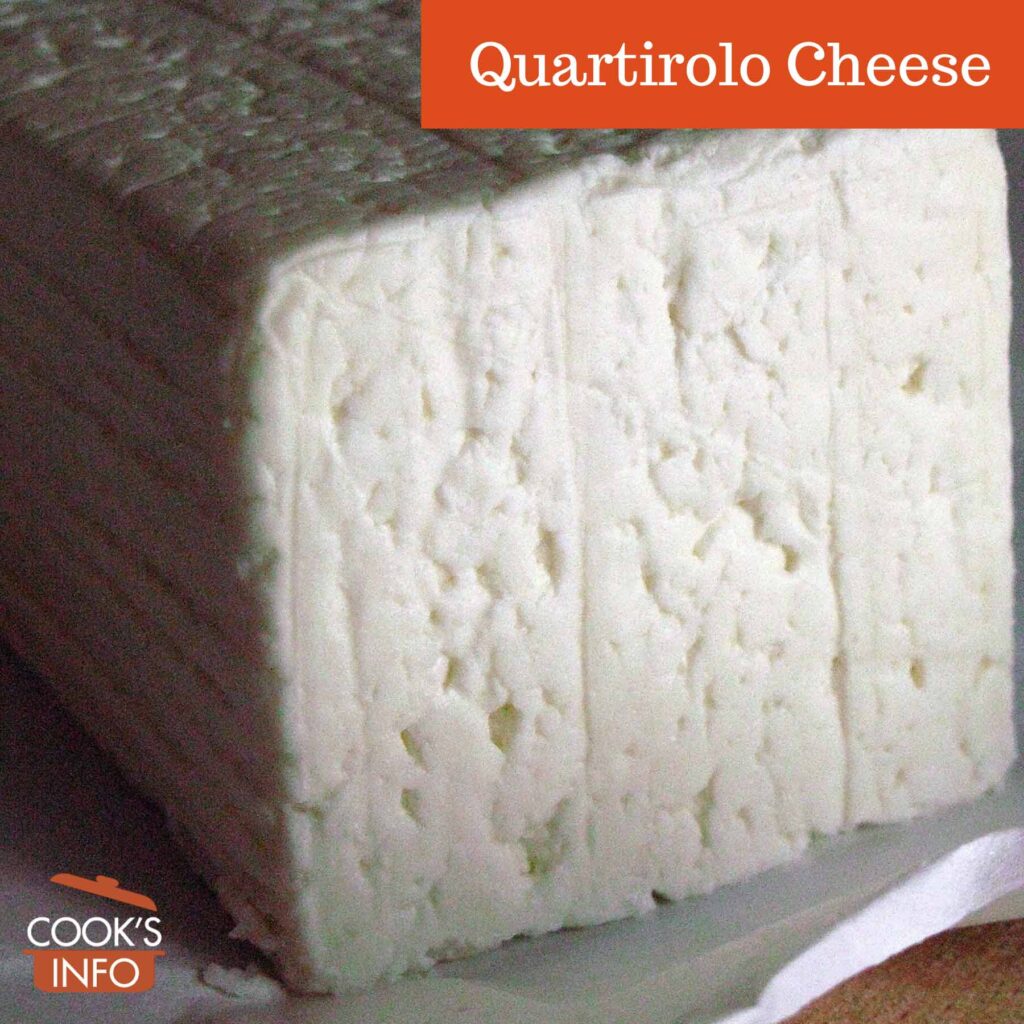 Quartirolo is a soft, crumbly cheese with a slightly sour tang.

Inside, it is a very pale straw colour with a thin, pinkish-white rind on the outside.

There are two versions: one that is aged, typically for around 40 days, and a fresh one called “Quartirolo Fresco” that is aged only 1 week. The cheese is usually, though, aged.

If the cheese is allowed to age, it becomes more yellowish inside, and gets creamy under the rind. The rind in turn becomes wrinkled with a mould on it that is greyish-green turning to greyish-red the longer it is allowed to age.

Cultures found in the cheese are Streptococcus thermophilus and Lattobacillus bulgaricus.

Quartirolo is made from raw whole or semi-skimmed cow’s milk.

The milk is heated to 28 C (82 F), then calf’s rennet is added to curdle it. The curds are salted, then packed in square moulds, then unmoulded and set to age on rye straw in refrigerated rooms.

Store Quartirolo cheese in the fridge wrapped in tin foil.

Originally, the milk came from two separate milkings, and the cheese was aged in caves.

Quartirolo cheese received its European PDO in 1996. Regulations for making the cheese are administered by the Association for the protection of the Quartirolo Lombardo.

Quartirolo cheese used to be made in September and October. The grass at this time of year was referred to as “quartirola,” meaning “fourth cutting,” thus, the name, “Quartirolo”.

This web site generates income from affiliated links and ads at no cost to you to fund continued research · Information on this site is Copyright © 2022· Feel free to cite correctly, but copying whole pages for your website is content theft and will be DCMA'd.
Tagged With: Italian Cheeses, Protected Designation of Origin