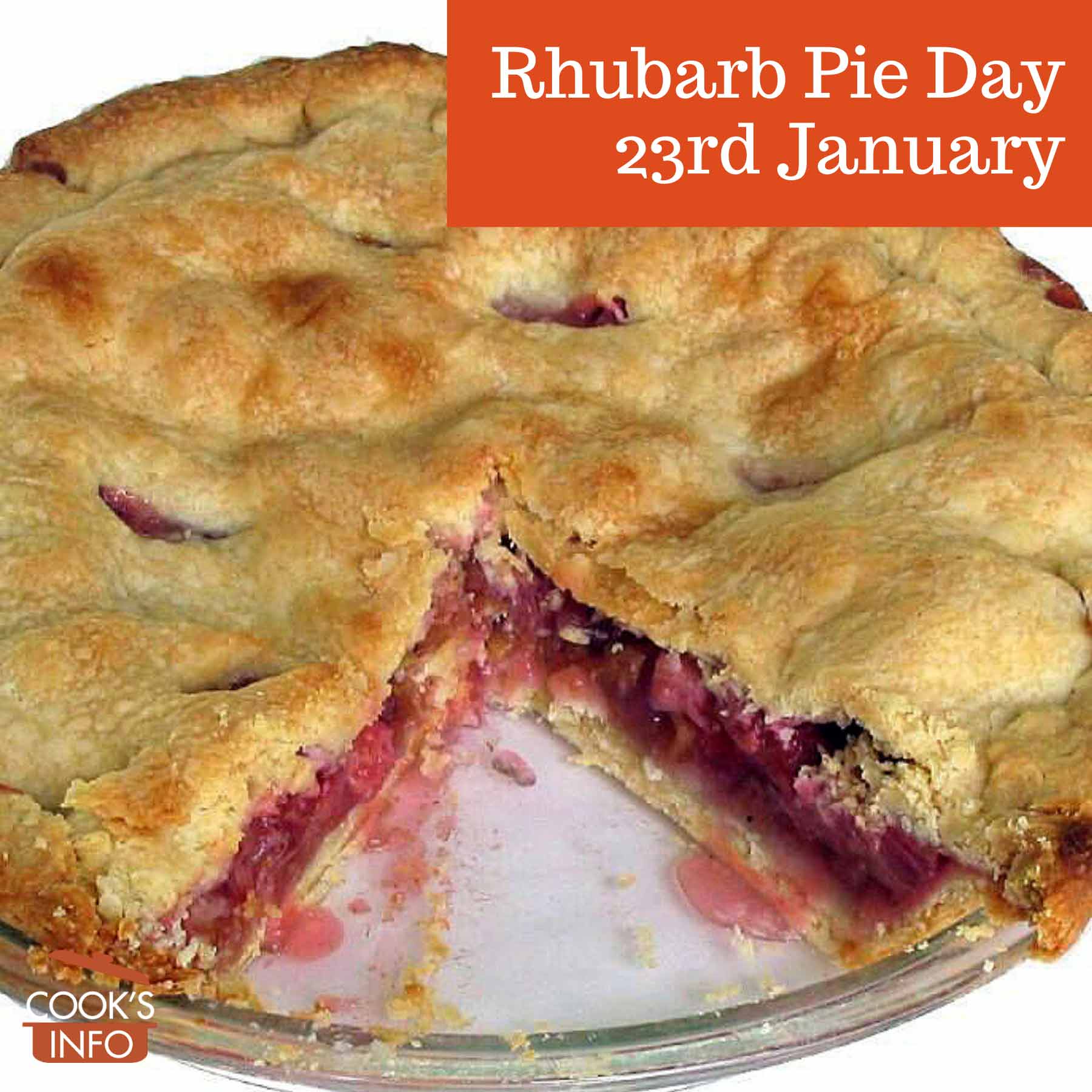 The 23rd of January is Rhubarb Pie Day.

Today celebrates the pie plant, the plant that makes those sweet but sour pies with juicy chunks of face-puckering rhubarb in them.

Those who thought ahead last spring and froze some rhubarb get to make a pie today. For anyone else, well, more than one newspaper columnist has noted that it’s somewhat ridiculous to have this day taking place in the dead of January:

“January 23 is National Rhubarb Pie Day. What lunatic put Rhubarb Pie Day in January? ‘Honey, I’ve dug a path out to the garden, chipped the ice off the dead remains of last summer’s rhubarb plants so now we can have pie!'” — Idzerda, Catherine W. Asked and Answered Column. Janesville, Wisconsin: The Janesville Gazette. 5 July 2004. Page B1, col. 1.

In June, there’s also a Strawberry Rhubarb Pie Day, but today is for those who like their rhubarb straight in a pie on its own, not mixed with strawberry, or something else.

The first mention of a “Rhubarb Pie Day” in January that CooksInfo is aware of appeared in a horseracing column in London, England, in 2002:

This web site generates income from affiliated links and ads at no cost to you to fund continued research · Information on this site is Copyright © 2023· Feel free to cite correctly, but copying whole pages for your website is content theft and will be DCMA'd.
Tagged With: Rhubarb