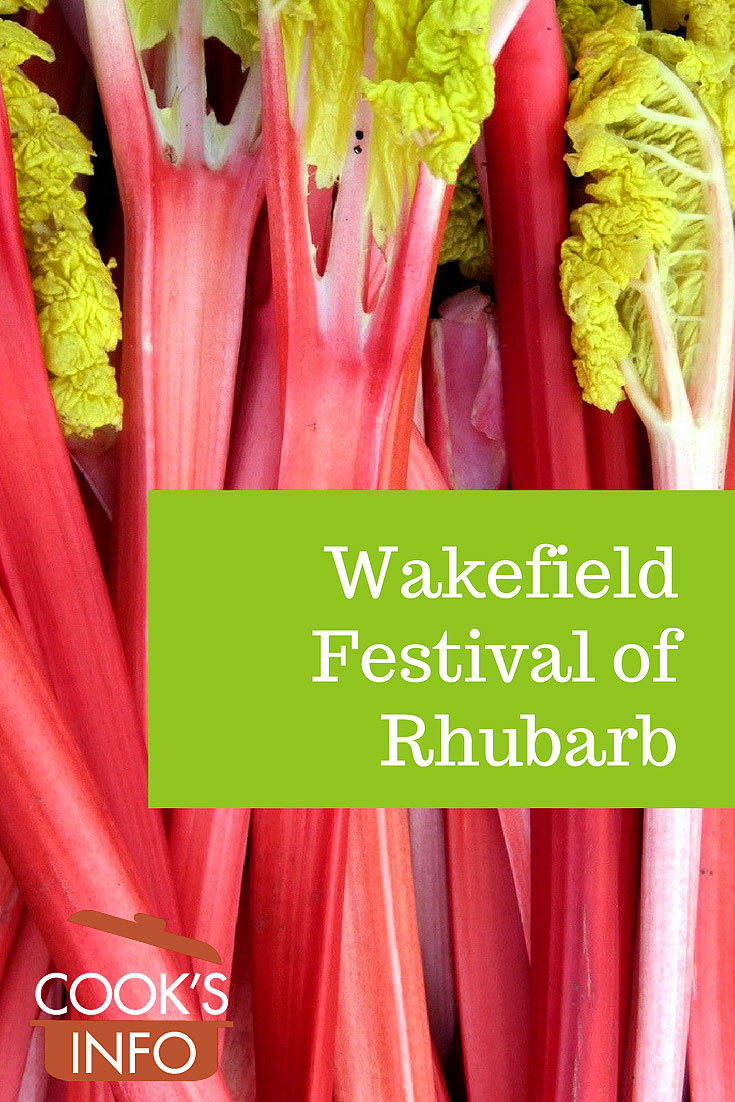 The Wakefield Festival of Rhubarb is an annual eight-day festival in Yorkshire, England.

The festival celebrates the early, forced “champagne” (pale) rhubarb that the area is known for.

It features rhubarb dishes, both savoury and sweet. There are also coach tours of the sheds in which the rhubarb is “forced” (coaxed into growing early.) 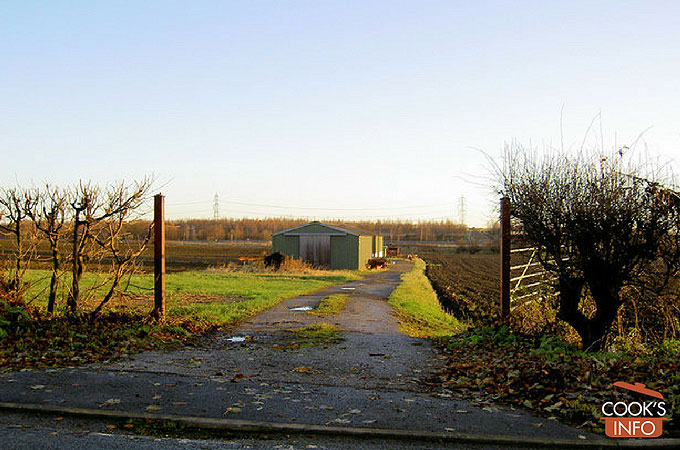 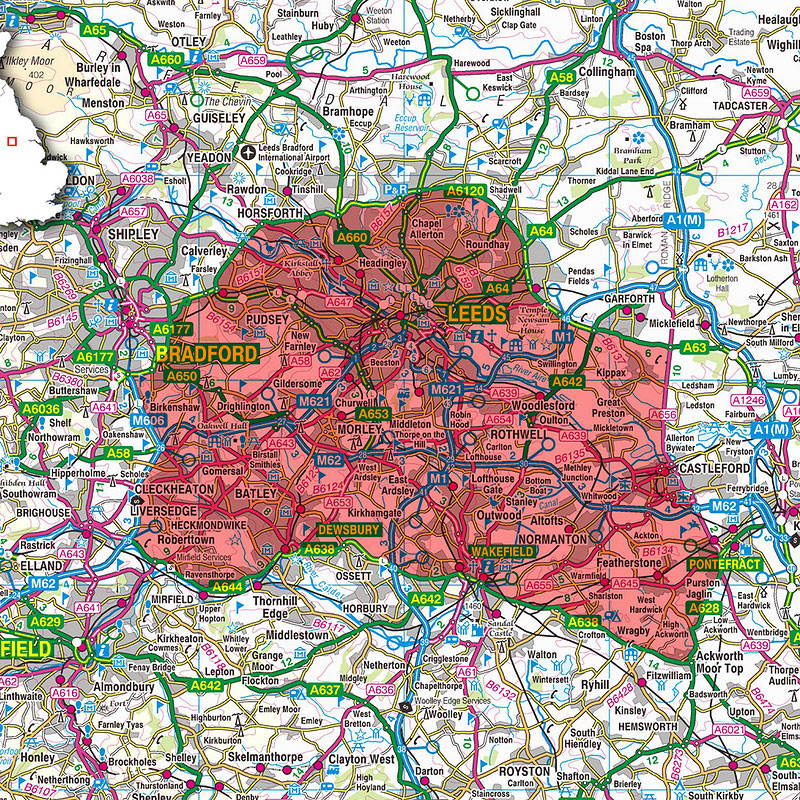 Wakefield calls itself the rhubarb capital of the UK, particularly known for its champagne rhubarb. Three towns — Wakefield, Morley and Rothwell — form what is called the “Yorkshire Rhubarb Triangle”, also known as the “Pink Triangle” after the colour of the rhubarb.

The festival is held starting at the end of January or the beginning of February.

It started in 1999. It used to run predictably from a Saturday to a Saturday, but departed from that in 2007. To know exactly when it is each year now, you now have to check the Wakefield web site. 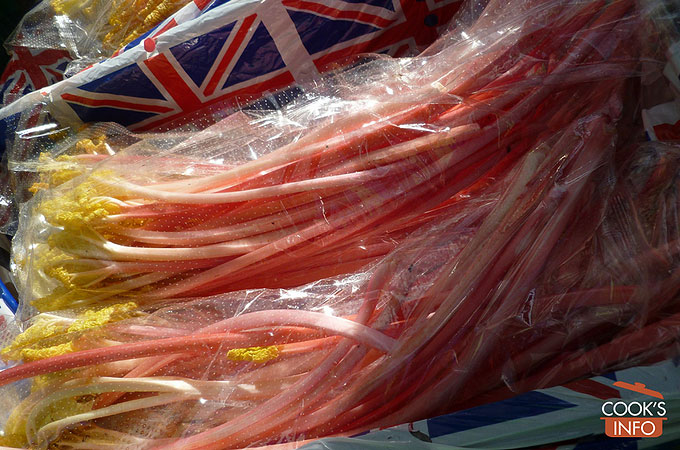 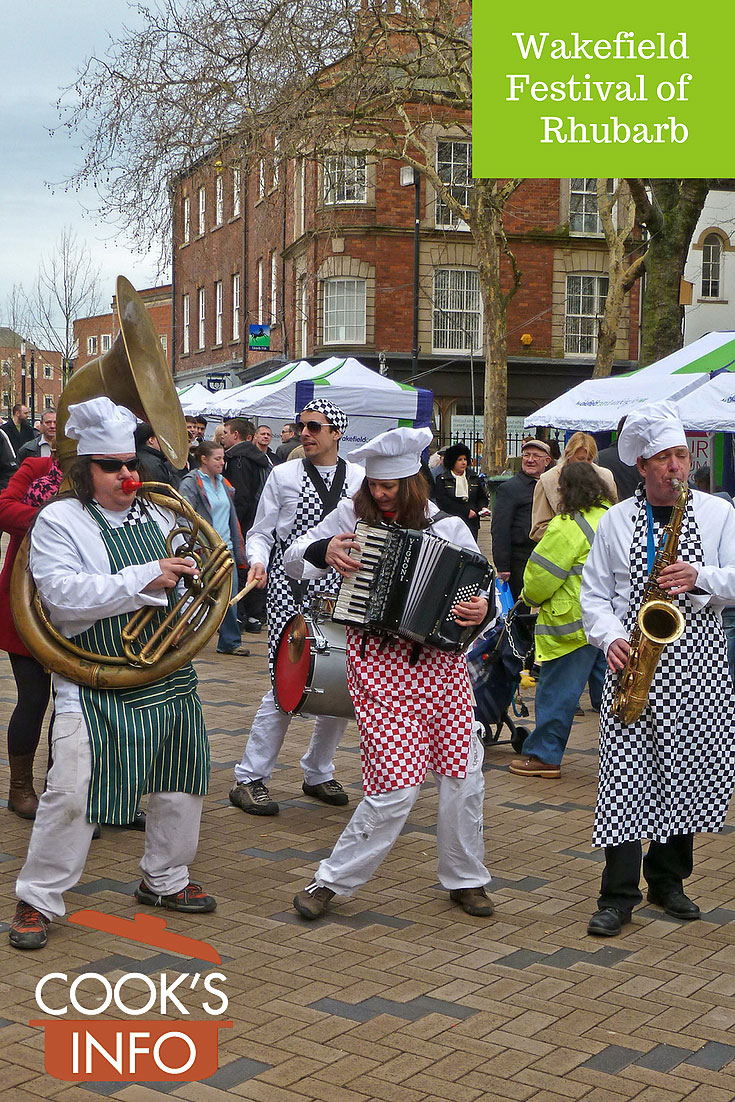 This web site generates income from affiliated links and ads at no cost to you to fund continued research · Information on this site is Copyright © 2021· Feel free to cite correctly, but copying whole pages for your website is content theft and will be DCMA'd.
Tagged With: Rhubarb