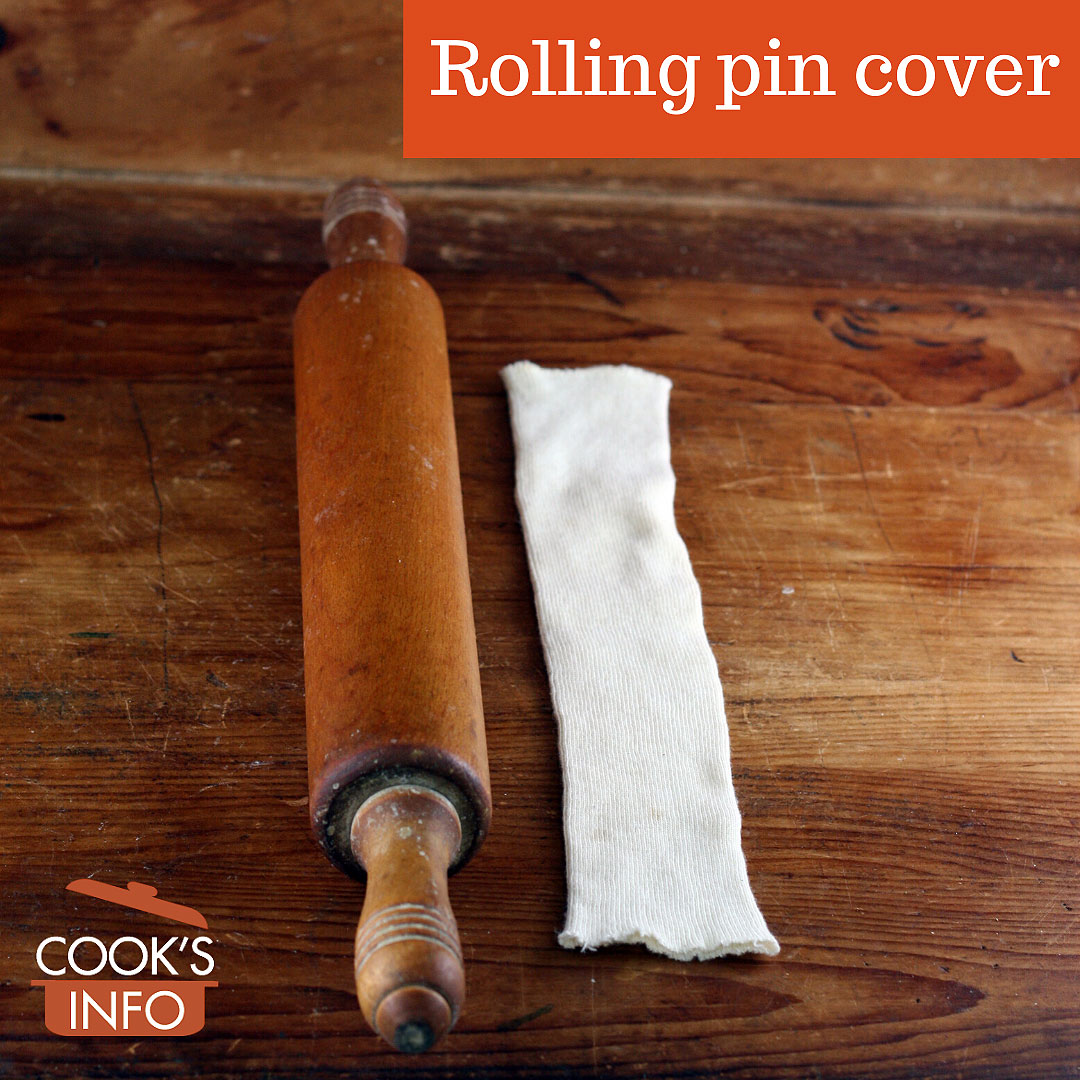 A rolling pin cover is a long tube of stretchable cloth, like a sock open at both ends, made of cotton.

You put it onto and over a rolling pin to cover the roller part completely, and then brush some flour on the cloth.

Its purpose is to help prevent dough from sticking to the rolling pin. It’s actually the flour that helps with the non-sticking, rather than the cloth itself, though, so strictly speaking, the purpose of the cloth is to hold the flour.

It is usually used in conjunction with a pastry cloth (meaning, people who are painstaking enough in their baking to use a rolling pin cover tend to also have the patience to use a pastry cloth.)

Though you can buy rolling pin covers purpose made, some people just use a clean, odd sock with the toe snipped off.

Some people wash their rolling pin cover after every use, others don’t. Some people, instead of washing theirs, put theirs in a sealed plastic bag and store them in the freezer to prevent any dough stuck on them from going rancid (shake or brush off excess flour first.) Some people do this not just out of “laziness”, but because some rolling pin covers can shrink when washed.

They are for use with British and North American style rolling pins, not French style ones.

While using, reapply flour as needed.

Sometimes referred to as a “stocking”, stockinette”, or “rolling pin sock.” 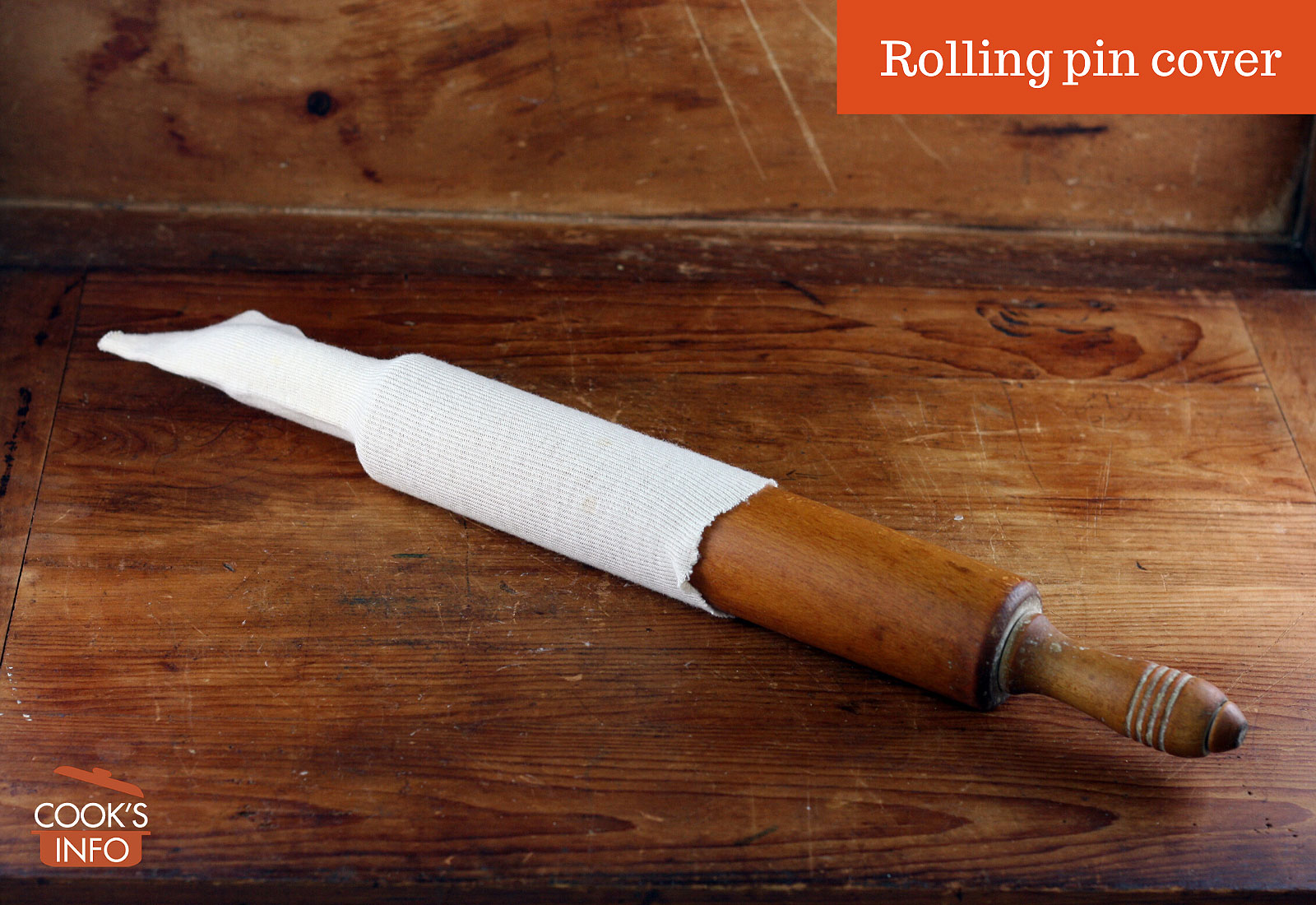 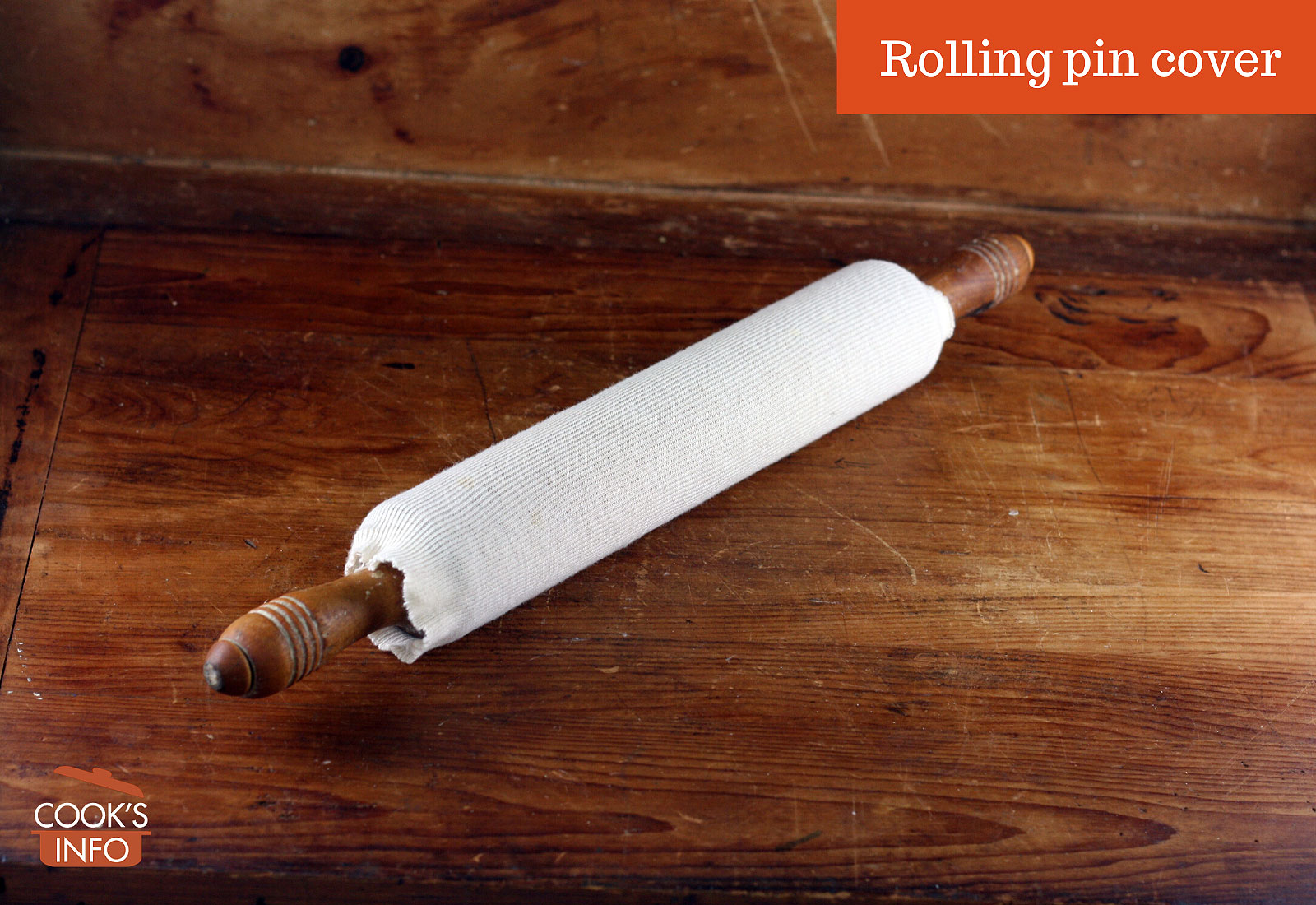 This web site generates income from affiliated links and ads at no cost to you to fund continued research · Information on this site is Copyright © 2023· Feel free to cite correctly, but copying whole pages for your website is content theft and will be DCMA'd.
Tagged With: Cloths, Pastry, Pastry Cloths