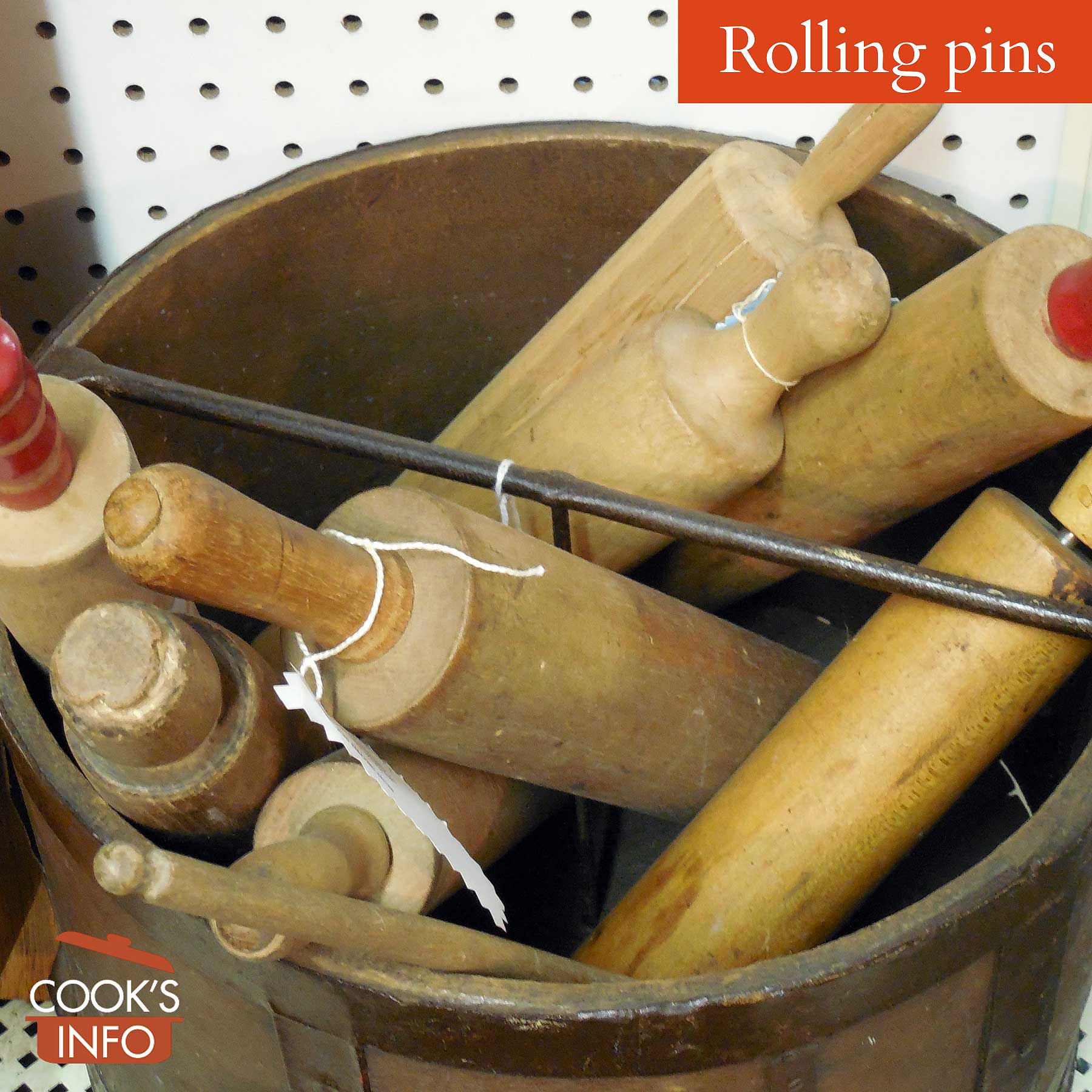 Rolling pins are long cylinders used to press out dough evenly and smoothly.

The construction of rolling pins

They can be made from aluminum, ceramic, glass, marble, plastic (nylon or polypropylene), stainless steel, or wood — specifically, hardwood. Hardwood has been and is still the most common material. In fact, the German word for rolling pin is “Nudelholz”, with “holz” meaning “wood.”

Rolling pins may or may not have handles at each end for turning them. Some handles are on shafts, allowing them to stay in place while the pin rolls. Most handles, though, are fixed, so that they roll with the pin. Wooden ones with painted handles on the end sometimes have the problem of the paint flaking off into the food you are working with.

Some people prefer ones without handles — they say that by having their hands right on the pin, they can sense better right through the pin the state of the dough and its thickness.

French ones often don’t have handles, but are tapered instead at the ends. Some people prefer these because they can be more easily spun or rotated while rolling, making it easier to make a better circle of dough — you can just swivel them on one end.

Heavier rolling pins do some of the work for you, meaning you have to press and lean less. Lighter ones actually require more work to roll. Really heavy rolling pins that weigh up to nearly 2 kg (about 4 pounds) can be great for rolling out yeast doughs, but harder to work with for pastry.

Marble ones can be chilled first before using them on pastry. They will hold the “chill”, thus keeping your pastry dough colder as you are rolling it out and causing it to stick less to the rolling pin. Some people store their marble ones in the freezer, so they are always ready to go.

Some rolling pins are hollow in the centre, enabling you to fill them with ice cubes or ice water to achieve the same effect as chilled marble. Some feel, however, that these stick more than even wooden rolling pins, because condensation sometimes forms on the outside.

Wooden rolling pins shouldn’t be washed: just scrape clean with the back of a knife, wipe with a damp cloth, then let dry well before being put away.

You can use a wine bottle in a pinch. Make sure it’s not chilled or condensation may form and make your dough sticky. Make sure as well that the outside is clean. 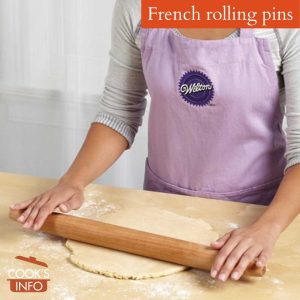 A French-style rolling pin is a long, handle-less rolling pin with tapered ends. The tapering allows them to be easily spun or rotated while rolling. 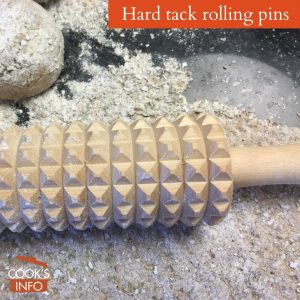 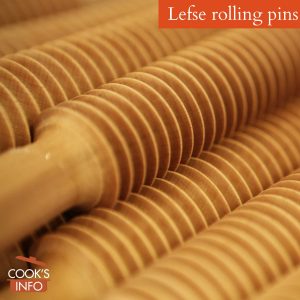 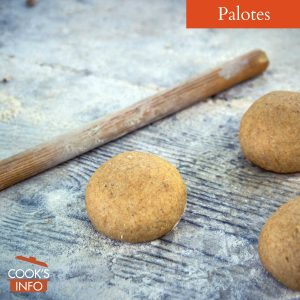 A palote (aka tortilla pin) is a handle-less rolling pin used in northern Mexico for rolling out flour tortillas.

The term "pastry frame" has several different meanings. This is a disambiguation page. 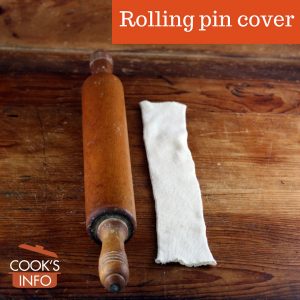 A rolling pin cover is a long tube of stretchable cloth, like a sock open at both ends, made of cotton. You put it onto and over a rolling pin to cover the roller part completely.

This web site generates income from affiliated links and ads at no cost to you to fund continued research · Information on this site is Copyright © 2023· Feel free to cite correctly, but copying whole pages for your website is content theft and will be DCMA'd.
Tagged With: Baking, Treen