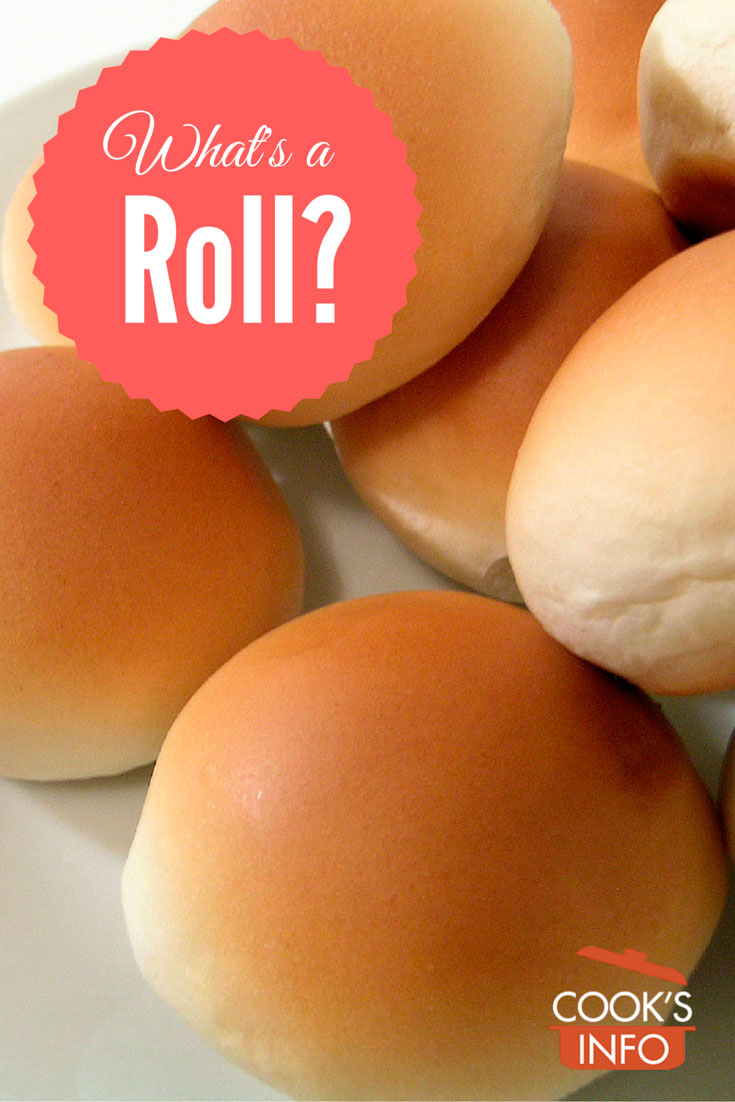 A roll is a small, baked, streamed or griddled unsweetened bread.

It is usually made from a flour, often with a leavener, either yeast or a chemical leavener. The shape can be round, square or long.

Confusion between rolls and buns

Most North Americans refer to Hot Dog Rolls as Hot Dog Buns, whereas a Brit would say Hot Dog Rolls. In New England and eastern Canada, you are just as likely to come across them called, and store labelled, as Hot Dog Rolls. After all, in New England the same (top-split) bread item used as a Hot Dog Roll is also used for a Lobster Roll. In England, when what you are eating is filled with something such as egg salad or tuna, it is definitely a sandwich roll.

Some North Americans refer to “Hamburger Rolls”, but because of the rounded, domed shape, most would likely say “Hamburger buns”, even though they are technically Rolls.

A Brit would look at what North Americans call “Cinnamon Rolls” and, because they are sweetened, say “Cinnamon Buns” (or more likely, “Sticky Buns”) instead of Rolls. North Americans would usually say Cinnamon Rolls, except in Philadelphia, where they are referred to as buns. [1]”Sticky buns belong to Philadelphia as much as Independence Hall and the 12th Street Market. Not just any cinnamon bun, this bun of the Quaker City, but a bun unique of flavor, of a stickiness incarnate.” — Clementine Paddleford, “The Recipes that America Loves”. In The Post Standard, Syracuse, New York. September 11 1960, page 25.

A North American might look at an English Sally Lunn Cake, and say either “roll” or “bun”. “Roll” would be the most accurate, because Sally Lunn Cake is not a cake, it is an unsweetened bread roll.

Dinner Rolls, which are small unsweetened breads, are almost always correctly referred to as Rolls. 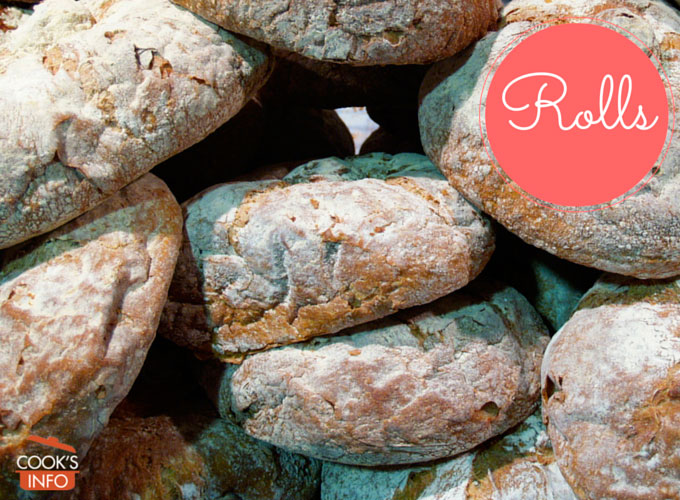 This web site generates income from affiliated links and ads at no cost to you to fund continued research · Information on this site is Copyright © 2022· Feel free to cite correctly, but copying whole pages for your website is content theft and will be DCMA'd.
Tagged With: Bread, Rolls