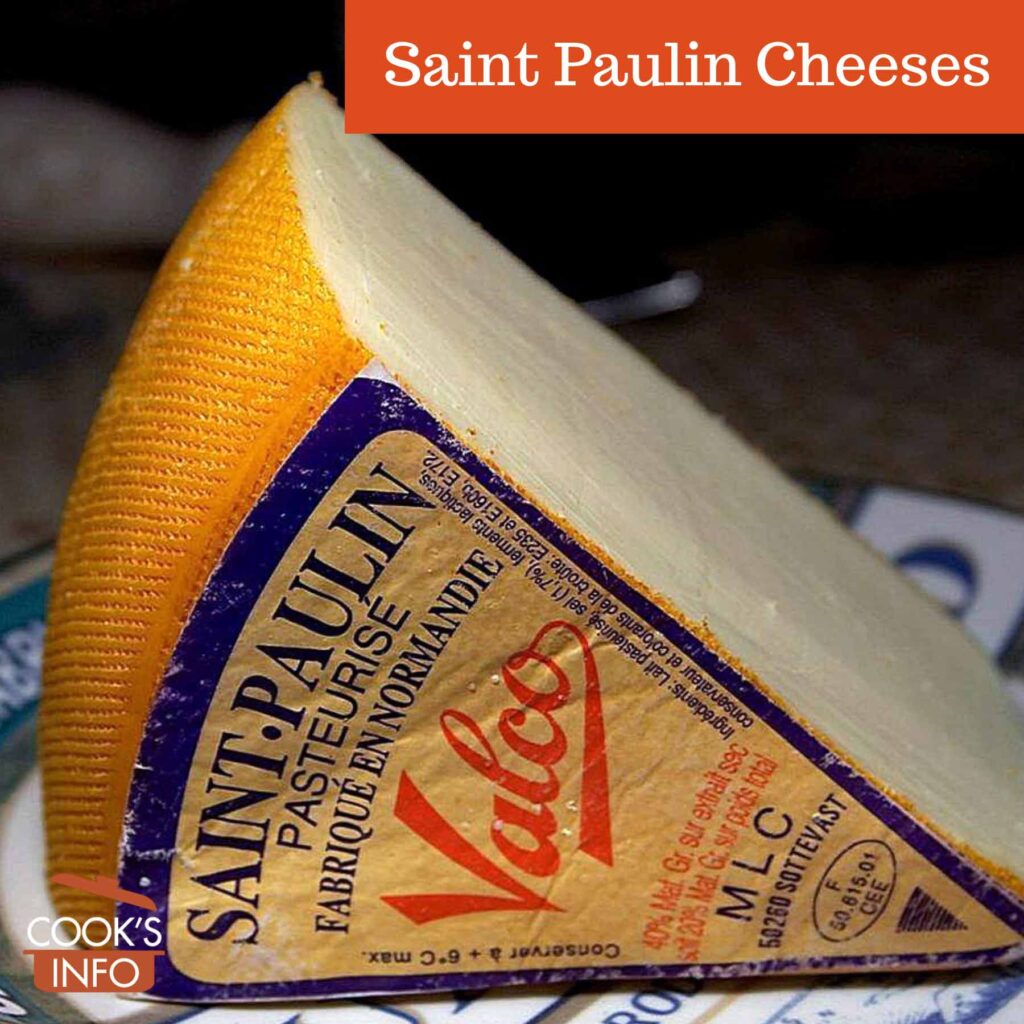 Saint Paulin is a name for a type of cheese that is not a traditional French cheese, but rather that is based on Port du Salut style cheeses.

It is used both to describe the category of cheeses, and as the generic name for the cheese itself.

The cheeses are made from cow’s milk; some use pasteurized milk, some use raw milk.

The cheeses are pressed into their shape, washed in brine, then matured for about two weeks, being turned every day.

The rinds are painted with a food colouring to imitate the typical colour of Port du Salut cheeses — there is no real surface ripening happening that would colour the rind naturally. The rind is edible, but most people don’t eat it as it is just tough, leathery and dry.

A wheel of a Saint Paulin type cheese generally weighs about 2 kg (5 pounds). The cheeses have a mild taste that is slightly salty, and slightly buttery.

Saint Paulin style cheeses are now made all over the world including in New Zealand and Brazil (as of 1977.)

Creation of the term Saint Paulin

The name “Port Salut” had been trademarked way back in 1874 to describe a certain washed-rind cheese.

To get around this, the term “Port du Salut Cheeses” began to be used to describe similar cheeses that were Port Salut style.

Around 1950, commercial manufacturers created a new cheese name for this grouping of cheeses: Saint Paulin.

Some cheese professionals prefer to use the term “Port du Salut Cheeses” for artisanal cheeses produced by monasteries or small creameries, which will still generally actually wash and cure the rind, giving the cheese a more developed taste, and to class more mass-produced ones with artificially-coloured rinds as Saint Paulin style.

But among amateurs, the two terms are used interchangeably now.

Some sources state that the cheese “used to be produced in the St Paulin abbey by the Monks”. This is almost right; the cheese that started this style of cheeses, Port Salut, was made by monks, but in an abbey named “Notre Dame du Port-du-Salut”. 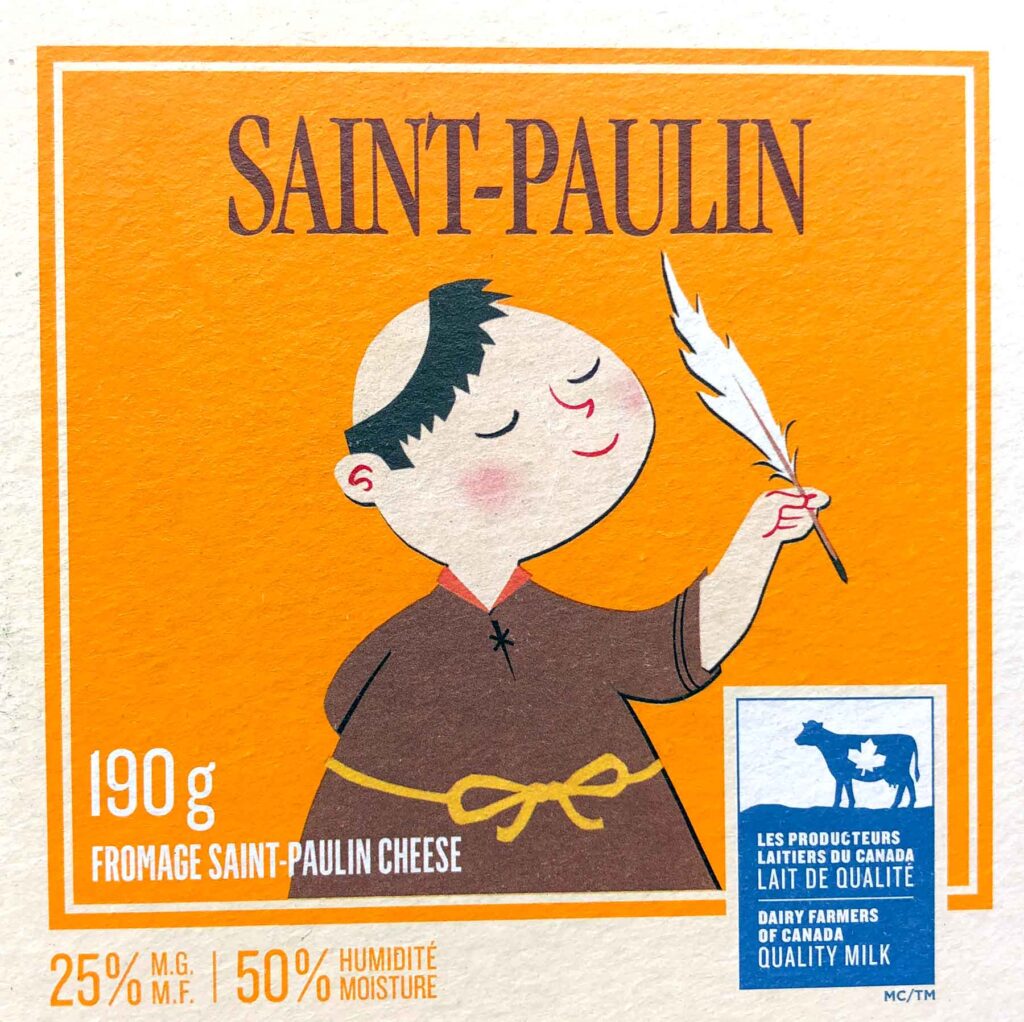