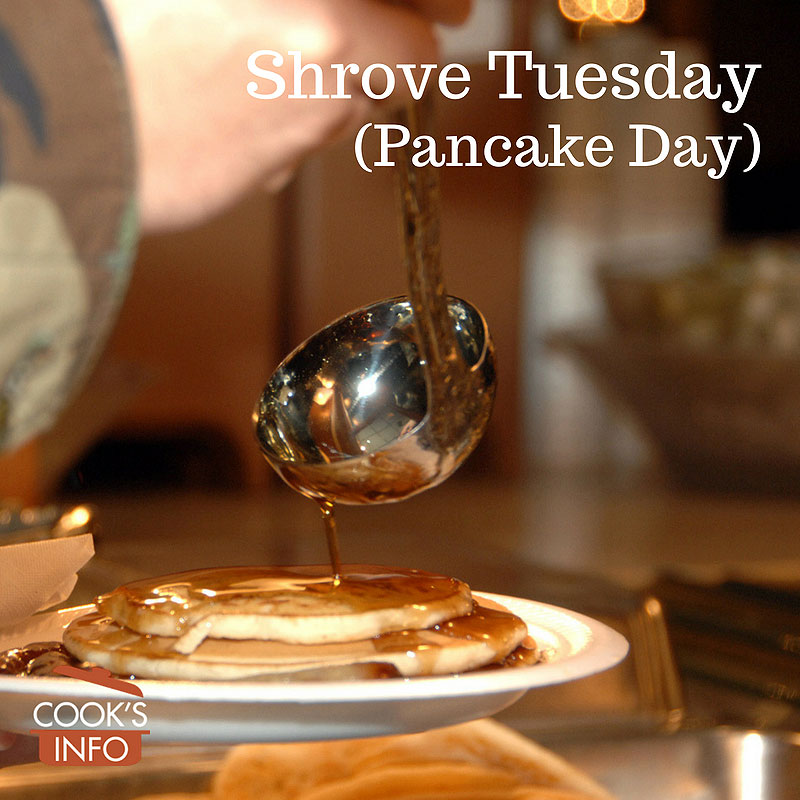 Pancake Day is a traditional day for making pancakes.

“French toast“, aka “pain perdu”, was another traditional food item for this day. Some writers in the 1600s (such as Randle Cotgrave, in his 1611 French/English Dictionary) in fact referred to Shrove Tuesday as “le jour de pain perdu” in French.

The history of Pancake Day

This day is known in the Church calendar as Shrove Tuesday.

Tomorrow, Ash Wednesday, marks the start of Lent. [1]The Orthodox Church calculates the start of Lent differently, as they are on a different calendar system. During Lent, it is forbidden to eat several foods. Thus, you would want to use up today the last of those foods stuffs you had around the house.

Included in the foods you were to abstain from were eggs. Many people in England developed the tradition of using up those last eggs in making pancakes. In fact, the tradition of making pancakes on Shrove Tuesday became so prevalent that to people with less of a sense of church history this day is now known more prosaically as “Pancake Day.”

Shrove Tuesday used to be what is called a “half-holiday” in England. It started at 11 am, with a church bell signalling the start of the holday. The bell was supposed to mean “it’s time to come to church”, but people started calling it the “pancake bell”, because that was about the time to start thinking about making pancakes for lunch. 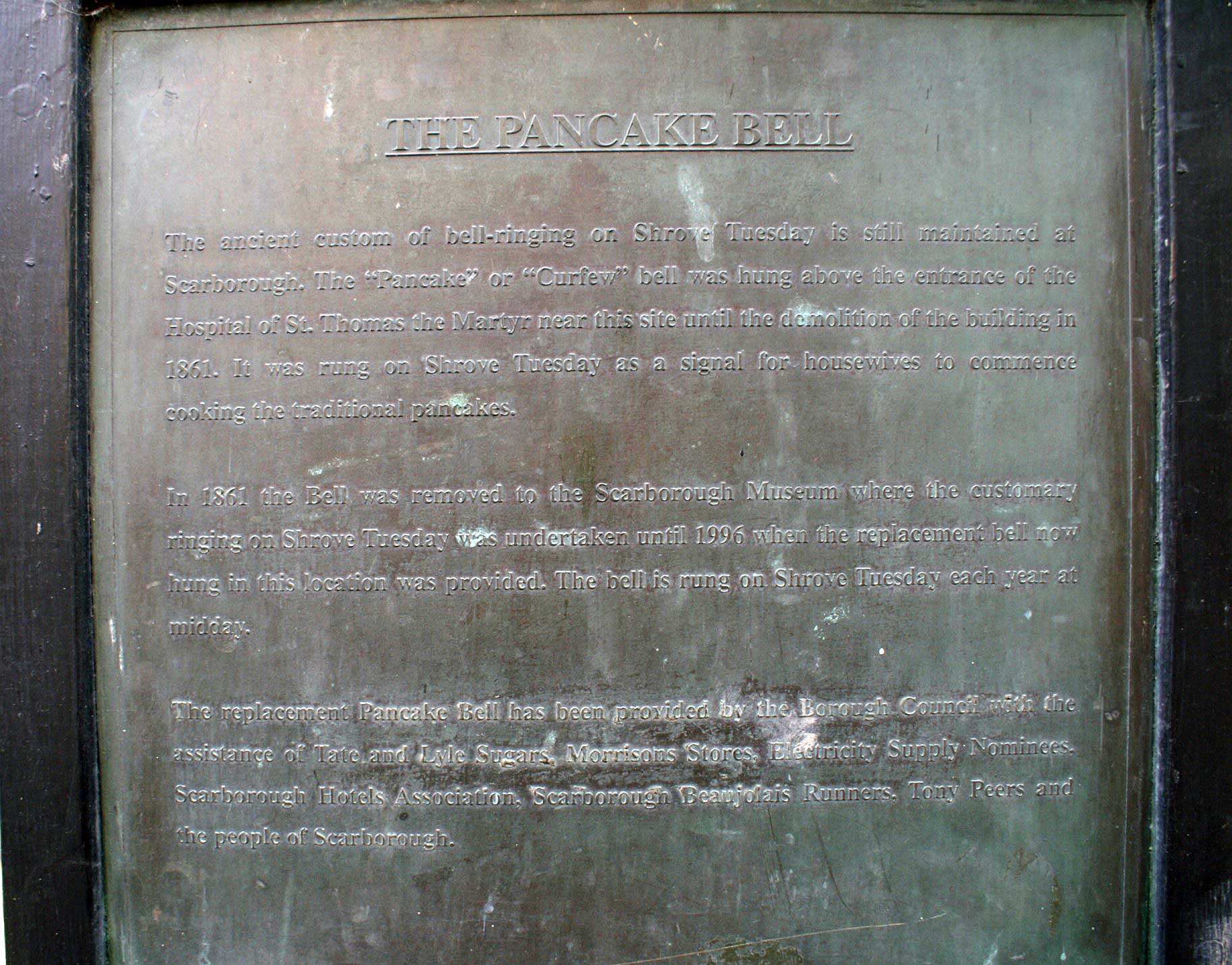 Many villages throughout Europe developed festivals around the making of pancakes. In the Midlands of the UK, some still follow the practice of giving the first pancake to their chickens, which is supposed to make them more productive in the upcoming year.

Pancake races are traditional for today.

In Ireland, when decorations were taken down at Epiphany, “the holly was traditionally retained for Shrove Tuesday, when it would be used in the fire for cooking the pancakes on that day.” [2]McGarry, Marion. The roots and traditions of Nollaig na mBan. Dublin, Ireland: Raidió Teilifís Éireann. 6 January 2021. Accessed February 2021 at https://www.rte.ie/brainstorm/2020/0102/1103975-the-roots-and-traditions-of-nollaig-na-mban/

In Scarborough, Yorkshire, people assemble along the town’s promenade, Foreshore Road, to skip. This has been happening since 1903. 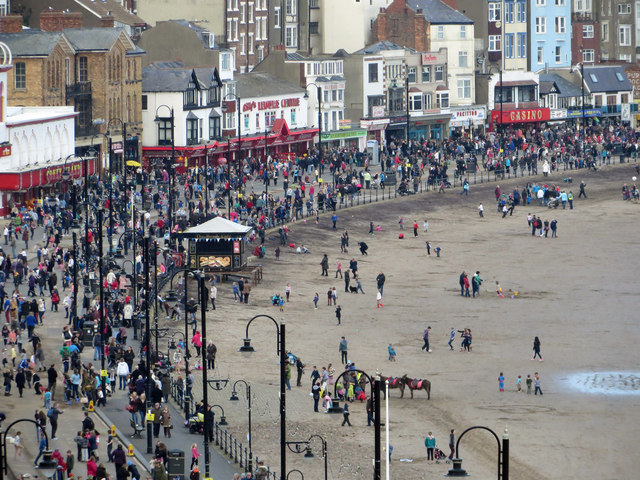 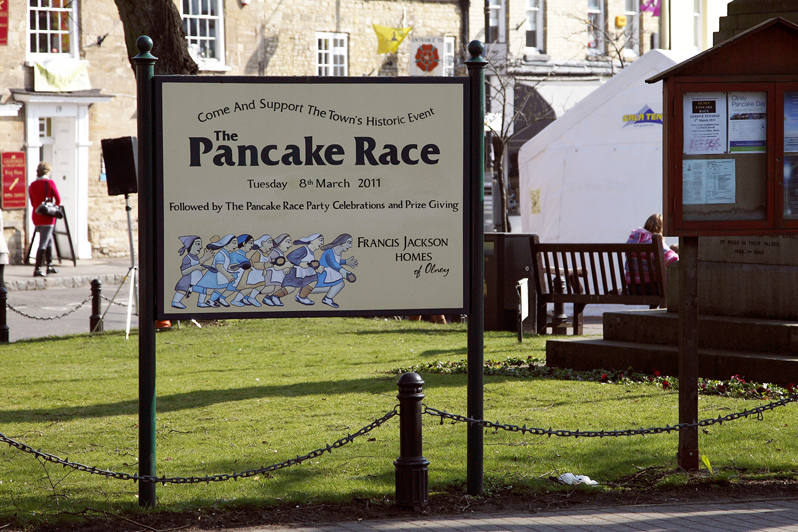 It is run by women who carry a pancake in a frying pan. Before the race starts, they have to flip it, and can’t drop it from the pan during the race. The running times from both sides are compared to determine the overall winner. The Olney race is reputed to have started in 1445, lapsing only during World War II, and restarting in 1948.

People in Liberal, Kansas saw this in Time Magazine in 1950, and challenged Olney to a competition that has carried on ever since. 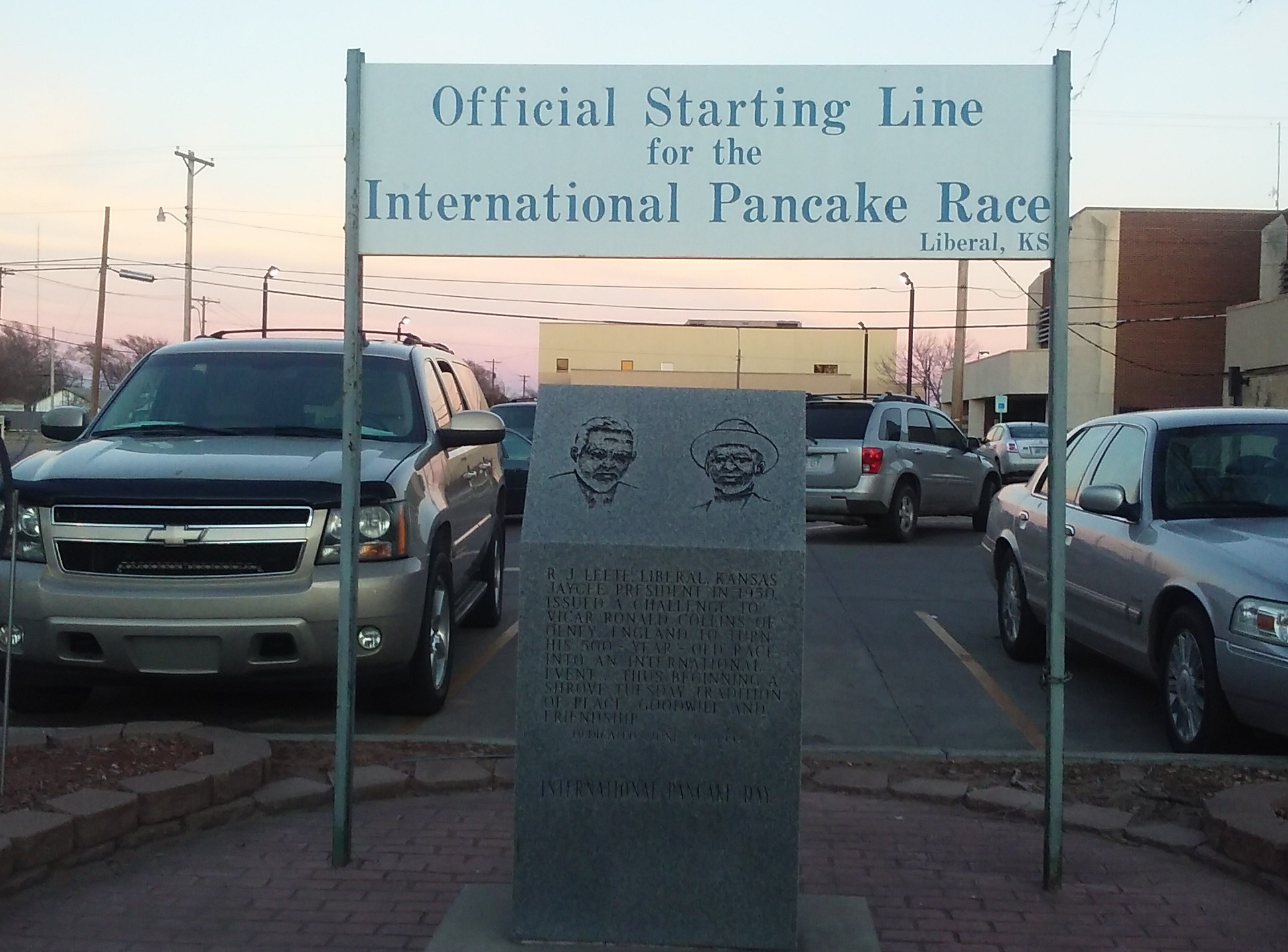 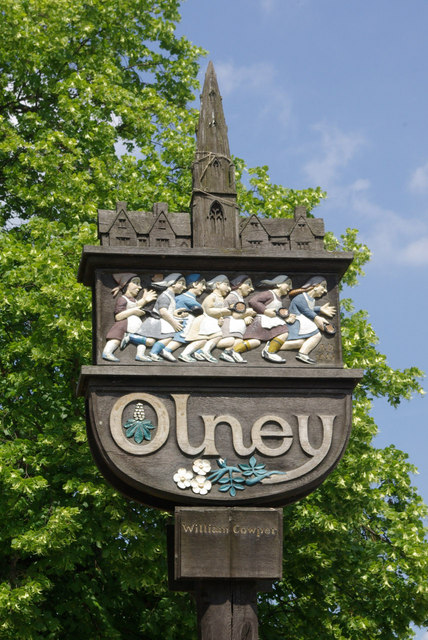 An Anglican priest from Olney, John Newton (1725–1807), wrote one of the English-speaking world’s most well-known songs: Amazing Grace.

“As fit as a pancake for Shrove Tuesday.” — All’s Well that Ends Well. Act 2, Scene 2. Shakespeare.

“Pancake Tuesday is another name for Shrove Tuesday, from the custom of eating pancakes on this day, still generally observed. A writer in the ‘Gentleman’s Magazine’, 1790, says, that Shrive is an old Saxon word, of which Shrove is a corruption, and signifies Confession. Hence Shrove Tuesday means Confession Tuesday, on which day all the people in every parish throughout the kingdom, during the Romish times, were obliged to confess their sins, one by one, to their own parish priests, in their own parish churches, and that this might be done the more regularly, the great bell in every parish was rung at ten o’clock, or perhaps sooner, that it might be heard by all. And as the Romish religion has given way to a much better, the Protestant religion, yet the custom of ringing the great bell in our ancient parish churches, at least in some of them, still remains, and obtains in and about London the name of Pancake-Bell: the usage of dining on pancakes or fritters, and such like provision, still continues.

on this day every stomach….
…..till it can hold no more,
Is fritter-filled, as well as heart can wish;
And every man and maide doe take their turne
And tosse their pancakes up for feare they burne;
And all the kitchen doth with laughter sound,
To see the pancakes fall upon the ground.”

“Shrove” comes from the verb “shrive”, which meant hearing or making confession.

“Short shrift” comes from shrive as well. It was a quick confession done by a criminal before execution.